“This boy will be famous. There won’t be a child in our world who doesn’t know his name.” – Minerva McGonagall in Harry Potter and the Philosopher’s Stone

And then, there wasn’t. Every time Harry Potter comes to mind, a very nostalgic feeling accompanies it. An achy feeling. A feeling, which even after ten times of going through the books and movies, does not go away. A feeling like home. Harry Potter does not only give rise to a melancholic, nostalgic feeling, but is also remembered for its humour, its tragedies, its intensity, and its thrill. This article is an attempt to capture ten moments from the Harry Potter universe that still bring forth goosebumps and make us full-blown Potterheads all over again. Here are a few of the best Harry Potter moments.

In a list of the best Harry Potter moments, who can forget the trials of the first book (Harry Potter and the Philosopher’s Stone), particularly the Wizarding Chess Set, courtesy of Professor McGonagall. When the chess set is brought to attention; the huge chess pieces, looking life-like, yet life-less. And the movie makes it even more goosebumps-worthy, by making the pawns come to life to stop Harry, Hermione, and Ron from going further.

Amid two hopeful Harrys – one, hoping to live with his Godfather; and second, hoping to see his father at any moment – emerged the stag-Patronus cast by Harry. Later revealed in Harry Potter and the Prisoner of Azkaban itself, to be the very form James took as an Animagus, the first appearance of Harry’s Patronus was truly one of the best Harry Potter moments.

3. Priori Incantatem in Harry Potter and the Goblet of Fire

It was unfair that Cedric had been murdered. It was infuriating to watch Wormtail alive. It was frightening to see 14-year-old Harry fighting Voldemort. And it was goosebumps-worthy when Harry sees his parents. It was goosebumps worthy that they, and the others Voldemort had murdered, were helping Harry from the beyond. If this doesn’t make it in the list of best Harry Potter moments, nothing ever will.

The fifth book (Harry Potter and the Order of the Phoenix) may not have that spectacular an entry designed for the Order’s members into the Department of Mysteries, but the movie’s version is bound to give you goosebumps. Just when all hope had been lost, pearly-white smoke announced the arrival of the Order members. We knew now, that everything would be fine (or at least that’s what we thought).

5. Dumbledore’s Entry into the Department of Mysteries

Just as the book did not have a spectacular entry for the Order’s members, the fifth movie’s version of Dumbledore’s entrance might be judged as a bit below expectation. Every entrance of an angry Dumbledore is thrilling-to-the-bone, but, here, it becomes extraordinary because of the fear it invokes in the generally-feared: the Death Eaters. Dumbledore was here. Whatever could go wrong anymore? Definitely one of the extraordinarily best Harry Potter moments. 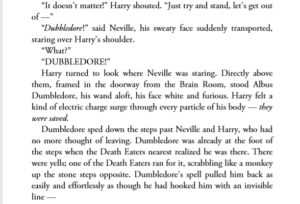 6.     Dumbledore’s Firestorm to Fight the Inferi

As if to remind us that Dumbledore was still strong after drinking the Emerald Potion in Harry Potter and the Half-Blood Prince, J.K. Rowling put in the firestorm conjured by Dumbledore. We were wondering if all hope had been lost when Harry is dragged into the lake by the Inferi while getting water for a weakened Dumbledore. However, Dumbledore wasn’t about to let anything happen to Harry now, was he? And then there was the firestorm which freed Harry.

Dumbledore gone, Harry distraught, everyone inconsolable. But, the most painful, probably, was reading about Fawkes’ lament. The soulful music around the school. Fawkes had lost his companion. And then, he couldn’t bear to live in the same place again. One of the mysteries of the Harry Potter universe remains to this date – what happened to Fawkes once he left Hogwarts? When the fiercely loyal phoenix’s sad tribute to Dumbledore came to a close, it really hit us, that Dumbledore truly was gone, never to return; just like Fawkes.

Other than receiving glaring revelations about Snape, we are shown in Harry Potter and the Deathly Hallows, that Snape’s love for Lily truly was everlasting. And, that it was his Patronus that showed Harry the way to the Gryffindor sword. Potterheads may not be on the same side regarding Snape – whether he was a good man or not – but his “Always” has become one of the most memorable moments from the whole universe. That one word, “always” was a testimony, a confession, and a painful truth. It was Snape saying, “there could never be another”. 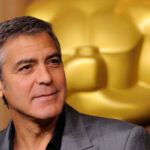 Even though Dumbledore always repeated that Voldemort did not need, nor want, friends or companions, when Bellatrix is finally killed by Mrs. Weasley, his fury was truly frightening. He blasts off three very capable wizards, all at once, and turns to Mrs. Weasley. However, there may be some doubt over whether his fury was due to losing Bellatrix, or his best lieutenant. 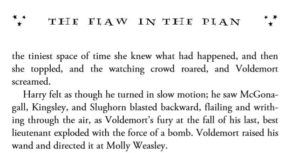 10. Harry’s Protection to Everyone

So deeply reminiscent of the protection Harry’s mother had left him, this deep power of love, which always escaped Voldemort’s understanding, was just the story coming full circle. Lily had died protecting her son, and destroying Voldemort in the process; Harry had died (and then come back) protecting everyone he loved, finally, truly destroying Voldemort. Truly, best Harry Potter moments-worthy.