Some films are minted classics from the jump. Others appreciate quietly (think “The Night of the Hunter,” a movie so poorly received that Charles Laughton never made another — it’s now in The Criterion Collection). And then some films seem to inexplicably become cultural touchstones, that come out of nowhere to be answers to bar trivia questions and casual conversation pieces. “The Girl Next Door” is one of those films.

There’s no point in wondering if you’ve seen it. If you’re between the ages of 27 and 40, it’s a film you caught in snippets on TV or saw in theaters, or rented via Netflix once. Luke Greenfield’s tale of a type-A high schooler (Emile Hirsch) who falls for his neighbor, a one-time porn star (Elisha Cuthbert), has lingered with millennials. There are several reasons why. The script, co-written by “The Kids Are All Right” scribe Stuart Blumburg, is infinitely more graceful than one would guess. It hones in on the ways pop culture makes it difficult for kids to stay young, an exploration that’s only more resonant in 2022.

It’s the cast that puts “The Girl Next Door” over the edge, though. The early-career work of Timothy Olyphant, Olivia Wilde, and Paul Dano is both splendid and surprising. Dano, in particular, underplays the nerdy Kiltz to the point where he springs character developments like snare traps. It’s a level of nuance you don’t find in the era’s other raunchy sex comedies, and it’s a lynchpin of why “The Girl Next Door” endures for so many. 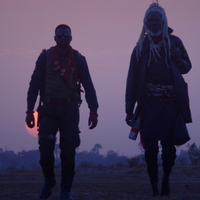