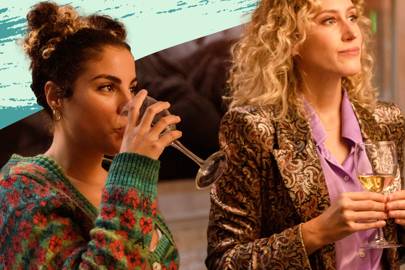 Since dropping on Netflix last June, it’s fair to say that Sex/Life has got us all a bit hot under the collar. And, after binging the entire first season over one extremely steamy weekend, we’re simply gagging for more.

The show, which is based on a true story, follows Billie (played by Sarah Shahi), a suburban mum-of-two, who takes a raunchy trip down memory lane to fantasise about her spicy, pre-marriage sex life, particularly with ex-lover Brad (played by Adam Demos).

Over eight episodes, and countless explicit scenes, Billie reflects on her previous sexual encounters with Brad. And, as it turns out, the pair (Sarah Shahi and Adam Demos) are actually dating IRL. Some chemistry, eh?

If you can’t wait till season two (fingers crossed Netflix delivers on that one), we’ve rounded up the steamiest shows, from reality hit Too Hot To Handle to Spike Lee’s reimagining of She’s Gotta Have It, to fill that Sex/Life-shaped hole in your life.