The Munsters (2022). Written and directed by Rob Zombie. Starring Sheri Moon Zombie, Jeff Daniel Phillips, Daniel Roebuck. Synopsis: Reboot of “The Munsters”, that followed a family of monsters who moves from Transylvania to an American suburb. US release date is TBA.

The School of Good and Evil (2022). Directed by Paul Feig. Written by Soman Chainani and David Magee. Starring Michelle Yeoh, Charlize Theron, Kerry Washington. Synopsis: A group of boys and girls are taken to an institution where they are trained to become fairy tale-like heroes and villains. US release date is TBA.

Beavis and Butt-Head Do the Universe (2022). Written and directed by Mike Judge. Starring Gary Cole, Stephen Root, Tig Notaro. Synopsis: After a “creative” judge sentences them to space camp, a black hole sends our adolescent heroes 24 years into the modern future where the duo misuse Iphones, embark on a quest to score, and become targets of the Deep State. Debuts on Paramount+ on June 23rd, 2022.

Family Dinner (2022). Written and directed by Peter Hengl. Starring Pia Hierzegger, Michael Pink, Nina Katlein. Synopsis: An overweight teenager spends the holidays at her aunt’s farm in the hope of getting help to lose weight, but soon after her arrival, she begins to suspect that something is very wrong at this place. Now available in US theaters.

Fourth of July (2022). Directed by Louis C.K.. Written by Louis C.K. and Joe List. Starring Louis C.K., Joe List, Lynne Koplitz. Synopsis: A recovering alcoholic and jazz pianist in NYC confronts his acerbic family during their annual Fourth of July vacation. Debuts in the US on July 1st, 2022.

Don’t Make Me Go (2022). Directed by Hannah Marks. Written by Vera Herbert. Starring John Cho, Mia Isaac, Kaya Scodelario. Synopsis: When a single father to a teenage daughter learns that he has a fatal brain tumor, he takes her on a road trip to find the mother who abandoned her years before and to try to teach her everything she might need over the rest of her life. Debuts on Prime Video on July 15th, 2022.

Poser (2022). Directed by Noah Dixon and Ori Segev. Written by Noah Dixon. Starring Sylvie Mix, Bobbi Kitten, Aujolie Baker. Synopsis: As Lennon fuels her desire for entree into a podcast featuring live music and conversations with the artists she so fervently admires, Lennon finds inspiration for her own musical ambitions…and a growing sense of misdirected identity. Now available in US theaters.

Vesper (2022). Directed by Kristina Buozyte and Bruno Samper. Written by Kristina Buozyte, Bruno Samper and Brian Clark. Starring Raffiella Chapman, Eddie Marsan, Rosy McEwen. Synopsis: After the collapse of Earth’s ecosystem, Vesper, a 13-year-old girl struggling to survive with her paralyzed Father, meets a mysterious Woman with a secret that forces Vesper to use her wits, strength and bio-hacking abilities to fight for the possibility of a future. Debuts in the US on September 30th, 2022.

Prey (2022). Directed by Dan Trachtenberg. Written by Patrick Aison. Starring Amber Midthunder, Dane DiLiegro, Harlan Blayne Kytwayhat. Synopsis: The origin story of the Predator in the world of the Comanche Nation 300 years ago. Naru, a skilled female warrior, fights to protect her tribe against one of the first highly-evolved Predators to land on Earth. Debuts on Hulu on August 5th, 2022.

Chernobyl: The Lost Tapes (2022). Directed by James Jones. Synopsis: Newly-discovered archive footage and witness accounts to lay bare the tragedy and heroic efforts made to prevent another explosion. Debuts on HBO on June 22nd, 2022.

The Sea Beast (2022). Directed by Chris Williams. Written by Chris Williams and Nell Benjamin. Starring Karl Urban, Dan Stevens, Zaris-Angel Hator. Synopsis: When a young girl stows away on the ship of a legendary sea monster hunter, they launch an epic journey into uncharted waters – and make history to boot. Debuts on Netflix on July 8th, 2022.

Bullet Train (2022). Directed by David Leitch. Written by Zak Olkewicz (based on the novel by Kôtarô Isaka). Starring Brad Pitt, Sandra Bullock, Zazie Beetz. Synopsis: Five assassins aboard a fast moving bullet train find out their missions have something in common. Debuts in the US on August 5th, 2022.

She Will (2022). Directed by Charlotte Colbert. Written by Charlotte Colbert and Kitty Percy. Starring Alice Krige, Malcolm McDowell, Rupert Everett. Synopsis: After a double mastectomy, Veronica Ghent Goes to a healing retreat in rural Scotland with her young nurse Desi. She discovers that the process of such surgery opens up questions about her very existence, leading her to start to question and confront past traumas. Debuts in the US on July 15th, 2022.

Minions: The Rise of Gru (2022). Directed by Kyle Balda, Brad Ableson and Jonathan del Val. Written by Brian Lynch and Matthew Fogel (based on characters created by Cinco Paul). Starring Pierre Coffin, Steve Carell, Julie Andrews. Synopsis: The untold story of one twelve-year-old’s dream to become the world’s greatest supervillain. Debuts in the US on July 1st, 2022.

Strange World (2022). Directed by Don Hall. Written by Qui Nguyen. Starring Jake Gyllenhaal, Dennis Quaid, Alan Tudyk. Synopsis: The legendary Clades are a family of explorers whose differences threatened to topple their latest and most crucial mission. Debuts in the US on November 23rd, 2022.

Black Adam (2022). Directed by Jaume Collet-Serra. Written by Adam Sztykiel, Rory Haines and Sohrab Noshirvani (based on characters created by Otto Binder and C.C. Beck). Starring Dwayne Johnson, Pierce Brosnan, Aldis Hodge. Synopsis: Nearly 5,000 years after he was bestowed with the almighty powers of the Egyptian gods-and imprisoned just as quickly-Black Adam is freed from his earthly tomb, ready to unleash his unique form of justice on the modern world. Debuts in the US on October 21st, 2022.

Matt writes: Black Writers Week 2022 kicked off on Juneteenth (June 19th) and is currently running through Sunday, June 26th. You can find the complete list of articles published during this special week in our official table of contents. It includes RogerEbert.com publisher Chaz Ebert’s interview with director Nadia Hallgren and Attorney Ben Crump about their new Netflix documentary, “CIVIL.”

Matt writes: On June 17th, the world lost one of its greatest actors, Jean-Louis Trintignant, who died at at age 91. Be sure to read Dan Callahan’s moving tribute as well as revisit Roger Ebert’s four-star review of Michael Haneke’s Palme d’Or winner, “Amour,” starring Trintignant as a devoted husband whose wife suffers a stroke. “Why would we want to see such a film, however brilliantly it has been made?” Roger wrote. “I think it’s because a film like ‘Amour’ has a lesson for us that only the cinema can teach: the cinema, with its heedless ability to leap across time and transcend lives and dramatize what it means to be a member of humankind’s eternal audience.”

The Lost Jungle (1934). Directed by David Howard and Armand Schaefer. Written by David Howard and Barney A. Sarecky. Starring Clyde Beatty, Syd Saylor, Cecilia Parker. Synopsis: Animal trainer Clyde Beatty heads a rescue party in search of his girl, Ruth, and her father who get lost looking for an uncharted island. His dirigible crashes into the jungles of the island. When he locates Ruth, he learns that her father has disappeared. The ensuing search is hindered by greedy gold hunters and wild animals.

Salt of the Earth (1954). Directed by Herbert J. Biberman. Written by Michael Wilson. Starring Will Geer, David Bauer, Rosaura Revueltas. Synopsis: Mexican workers at a Zinc mine call a general strike. It is only through the solidarity of the workers, and importantly the indomitable resolve of their wives, mothers and daughters, that they eventually triumph.

Watch “Salt of the Earth”

Watch “The Boy in the Plastic Bubble” 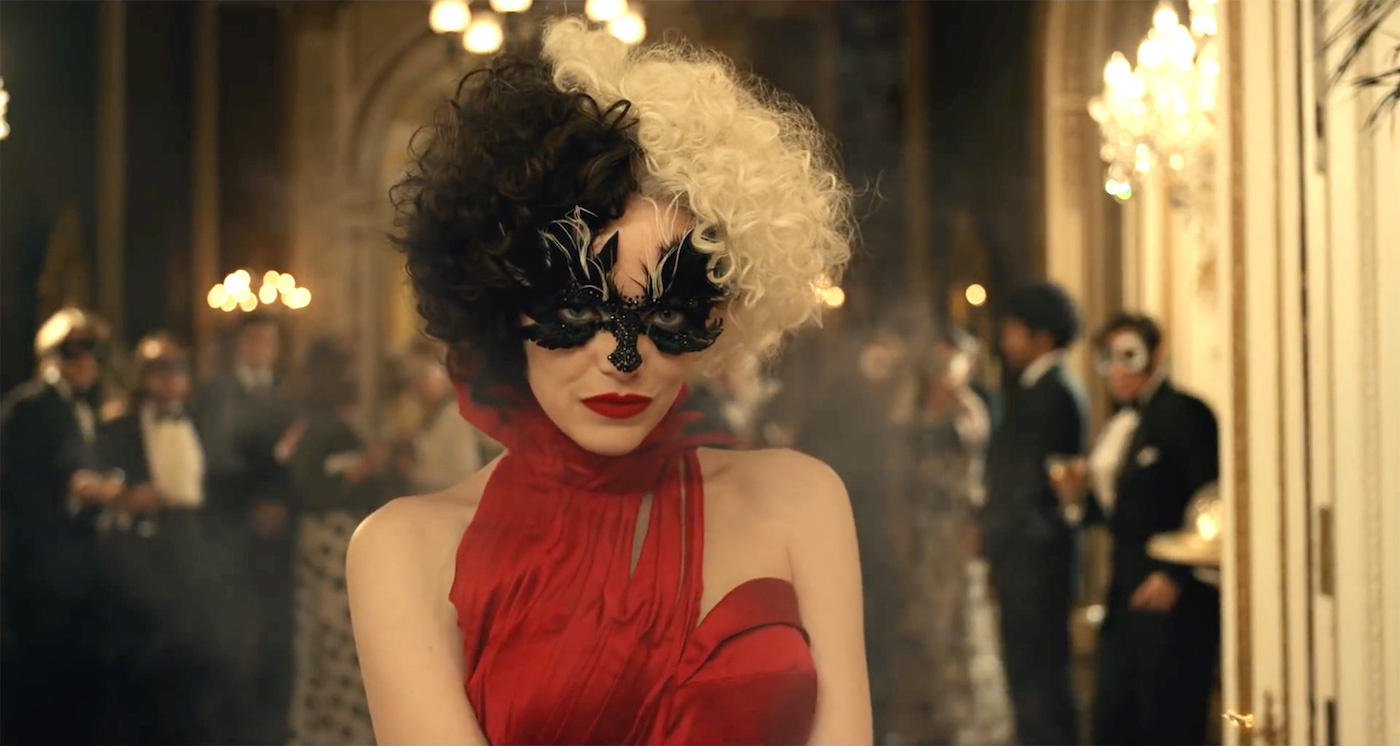