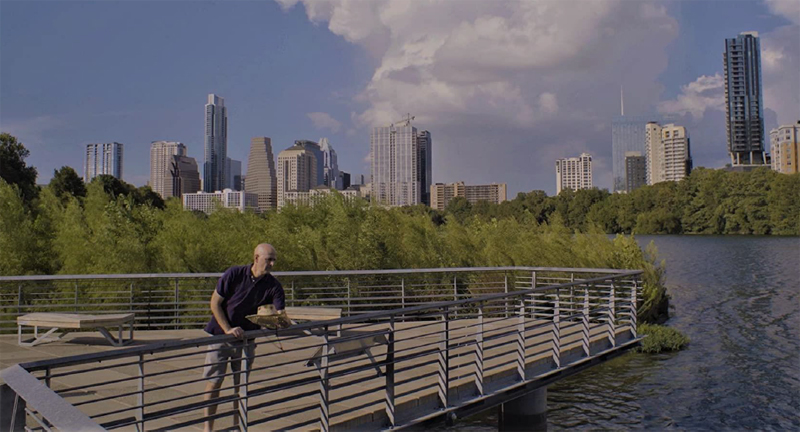 We recently go the opportunity to sit down and have a coffee with actor and first time filmmaker Tom Heard to talk about his debut feature film ‘Getting It’ (Watch the trailer HERE).

Hi Tom. Thanks for chatting to us.

How did you get started in acting?

My first film was Black Snow (1989) playing Mel the pot smoking bartender for the Houston Cinema Group. In 1999, Meg Thayer cast me as the hilarious and nefarious, Drew Stein in her Hollywood film satire, True Rights (2000) which Guerilla Filmmaker Magazine called, “an indie masterpiece.” Other TV and films roles have followed, including an appearance on NBC’s Friday Night Lights (2006) as Doctor Nelson, and in 2017 I played villain, George Lehman in, Revenge in Kind (2017). Getting It (2020) marks my writing and directing debut.

Can you tell us what made you want to make ‘Getting It’?

A few years ago, I was fresh off the heels of playing a Doctor on an episode of NBC’s, Friday Night Lights when I was cast as another Doctor on an episode of the ABC Family show, The Lying Game. My happiness lasted 24 hours as the following day my agent called me with the news that the network was going with the director’s second choice. Actors work hard to win a part and when the rug is pulled out from under them with no explanation it’s not pretty.
Frustrated that I had little to no power concerning my own career, I made the decision to make my own movie and write the kind of role I wanted to play. (Casting guaranteed.)

That’s a good idea! At least you know you won’t have a problem getting cast.

Did writing come to you naturally?

I had never taken on a serious writing project. I dabbled with poetry, writing tributes to my friends and family. I even wrote a couple of sonnets. My best friend, Michael had been challenging me for years to write more. His belief in me gave me the courage to give it a shot.

It is good to have someone like that encouraging you. Sometimes we just need that extra push.

What was the idea behind ‘Getting It’?

When I sat down to write ‘Getting It’, I wanted to write a love story for two men where being gay wasn’t the story. No one would be coming out hoping for acceptance or worried about disapproval from anyone. Just a film about two men whose life journeys led them to each other and where their individual personality traits and circumstances are the story.

Interpersonal relationships and the dynamics between two people have always fascinated me far more than any other kind of story. Especially when those two people are trying to merge their lives. The personal flaws, insecurities, and desires any two people bring to a relationship present a multitude of hurdles and obstacles. And when love is present the stakes are high. 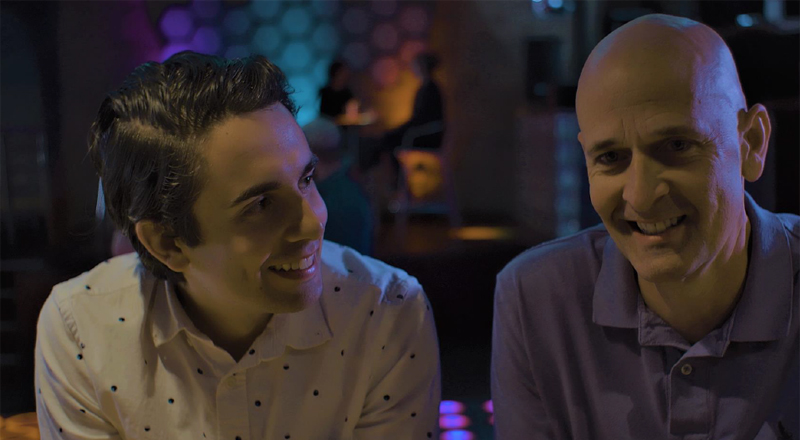 How happy were you with your casting choices?

To make a relationship-based film I knew I had to find exceptional actors to bring the story to life and hold the audience’s interest. I am very fortunate that, Getting It has brilliant actors who supply everything their characters require and more. They are a writer/director’s dream come true. And as an actor, it is always exciting for me to play a scene with actors who not only knock the ball over the net but put their own unique spin on it. So as an actor/writer/director I was thrilled on all levels.

You can’t ask for any more than that!

Can you sum up ‘Getting It’ for us?

Getting It is a statement about getting out of your own way. Tearing down the walls of insecurity, doubt and selfishness people build up that isolate them from the world. This is what the central character, Jamie has done. He is an angry, wounded soul when the film opens. When Ben enters Jamie’s life with his own set of challenges and vulnerabilities, Jamie has a choice to make. Either maintain the comfortable status quo of brooding and mistrust in his self-made isolation, or recognize that life is what one puts into it and summon the courage, energy and good faith to put someone else first and possibly reap the rewards of living an unselfish life.

Thanks for taking the time out to chat to us Tom. I really appreciate it.