Skip to Content
Home Movies An Introspection Of Beliefs – Flickside


No conversation surrounding Indian cinema is quite complete without the mention of the eminent and influential Mrinal Sen. A filmmaker who changed the conventions of cinema and made a mark of his own to create a distinct style of storytelling, Mrinal da has given us some of the most political films till date. Politics from Sen’s films is inseparable. He described himself as a ‘private Marxist’ and this ideology reflects in his films. But he doesn’t bluntly follow this ideology. He’s rather keen to introspect on his own beliefs and find out their pitfalls through his films.

Padatik (The Guerilla Fighter), the final instalment in his notable Calcutta Trilogy is one such film that tells this story of self-criticism and examination.

Set in the backdrop of the ‘Naxalite Movement’ of the 1970s, Padatik chronicles the story of a political activist (Naxalite), Sumit (Dhritiman Chatterjee), who goes into hiding after fleeing from the police. Sumit seeks shelter in a house of an upper-class woman, Shilpi Mitra (Simi Grewal) and lives a life in exile while he questions his own beliefs.

Padatik captures the political struggle of that era but more critically than the previous two films in the trilogy: Interview (1971), Calcutta 71 (1972).

For Sen, whose early films drew heavy influence from Marxist ideals, his angst towards the system reflects in his films. Whether it was Interview, Calcutta 71, or Chorus (1974) he never shied away from portraying the loopholes of the system and trying to find out the reasons for such political struggle. But in Padatik he tries to introspect himself through the main character.

Here the protagonist Sumit too is immersed in contemplation after taking shelter in a woman’s house. He questions his own beliefs and tries to find out the shortcomings of their so-called revolution.

He believes the system is treacherous towards the lower section of the society but to reform it people must engage by free will, not intimidation.

In the process, he questions the leadership and rebels against it. He also thinks the reformation is needed, not just in a particular strata, but across all sections of the society.

On the other hand, the woman who gives shelter to Sumit is also a rebel. Her fight though, isn’t political, it’s social. She fights for her own existence in society. In an important scene in the film, we see women interviewed and asked to comment on the status of women in society. They unanimously agree that gender equality is but a farce in this society, that is still deeply entrenched in patriarchy and that to bring about a significant change in the condition of women, the society must first change.

Shilpi’s character is a representative symbol of these very women. She is a working woman and in the view of society, independent. In real life though, her feelings are suppressed. She lives in exile, just like Sumit. It goes to show that it isn’t proletariats alone who struggle in a society but that the bourgeoises too have to deal with their fair share of it.

Sen portrayed these themes of inequality, treachery, angst against the system in the view of a critic. He shows both his distrust and self-introspection through the psyche of his characters.

With the fluid camerawork inspired by the cinéma vérité style of K.K. Mahajan, the film captures the visceral life of Kolkata and its people. Padatik is a fine blend of style and substance.

Both Dhritiman Chatterjee and Simi Grewal are brilliant in their portrayals. But I am equally fascinated by the performances of the supporting cast. Bijon Bhattacharya as Sumit‘s father gets little screen time but he is spectacular in those scenes. Pravas Sarkar as Biman, one of Sumit’s associates is equally remarkably portrayed.

Sumit describes Biman as a former version of him, who didn’t have the right to question but had to quietly obey his leader’s orders. It shines a light on how free-thinking and criticism of the leadership were forbidden in those times and were the reasons for the eventual failure of the ‘Naxalite Movement.’

An important documentation of the 1970s era, where Sen tries to examine the political uprising critically by questioning his own morals in a raw, rustic way, Padatik is a rare, valuable contribution to Indian cinema.

9 Most Important Films Of Satyajit Ray 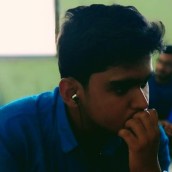 A cinema enthusiast who is a student of Geology. Loves to write about cinema and wants to make a film one day. Open to any healthy discussion on cinema.