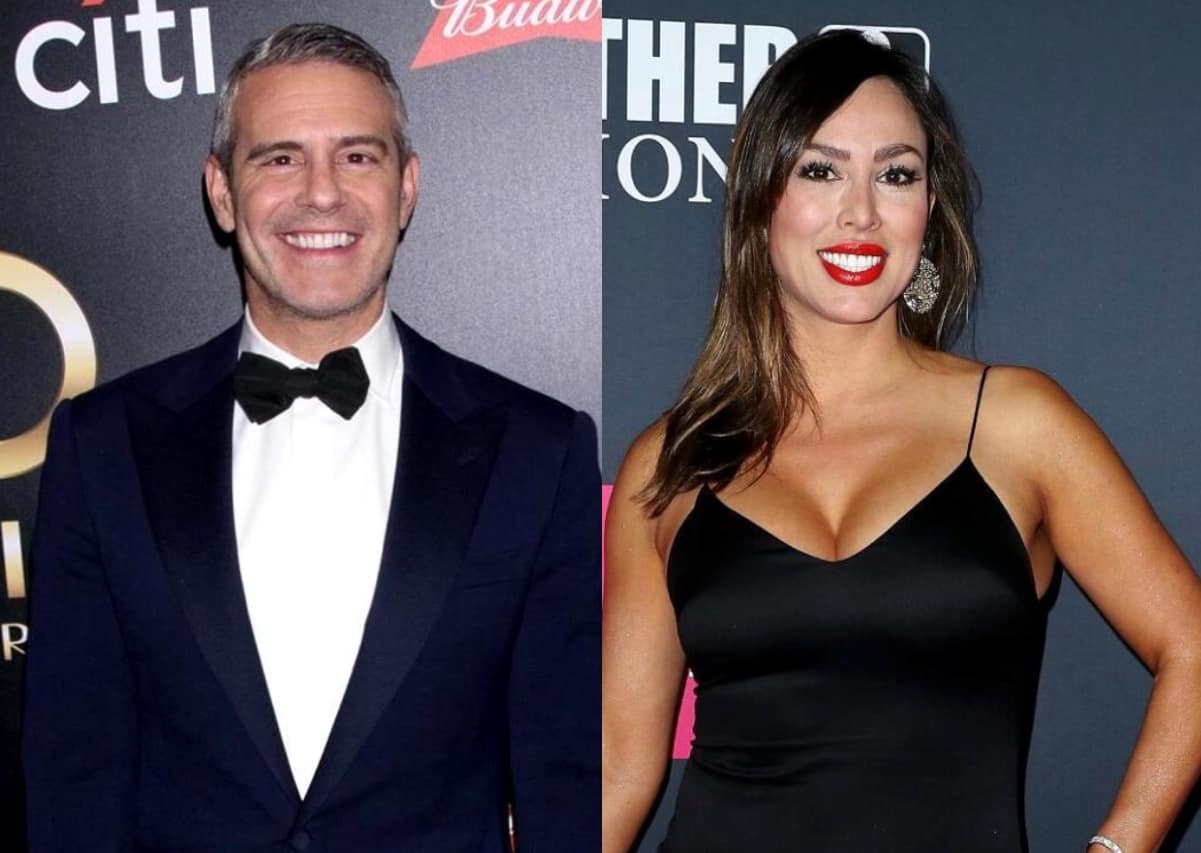 Andy Cohen is defending Kelly Dodd even though he disagrees with her views as he says Bravo stars shouldn’t be put “on trial” for their personal beliefs, plus a top executive reveals what went down behind-the-scenes during the mass Vanderpump Rules firings.

Andy has hinted in the past that the network’s decision to fire Stassi Schroeder, Kristen Doute, Max Boyens, and Brett Caprioni for their past racially insensitive behavior might have been a mistake.

“It’s more interesting to sit in the moment with people that you have a rooting interest in and watch them find their way than it is just turning out the lights and forgetting it existed,” he told The New York times in January.

It seems Andy is sticking by that sentiment judging by a recent interview he did with Vulture.

“They’re not the Obamas, okay,” he explained. “They’re not holding public office. They’re bartenders and waiters at Sur.”

He was also asked about Real Housewives of Orange County star Kelly Dodd‘s controversial comments. As fans know, she has stated that COVID-19 was “God’s way of thinning the herd” and she also seemingly mocked the Black Lives Matter movement by wearing a “Drunk Wives Matter” hat, which she shared on Instagram.

Though Andy doesn’t agree with her views and called her stance on COVID “troublesome,” he defended Kelly’s “outspokenness.”

“I disagree with her point of view about COVID, but there are a lot of people who share her opinion,” he said. “And by the way, she is in Orange County, where her opinion is probably the prevailing opinion.”

As for the Pump Rules crew, Alex Baskin, who is the president of the company (Evolution Media) that produces the series, was also interviewed by Vulture about the polarizing decision to fire the stars.

“The audience has been really clear that they do expect us to take some accountability for the people that we have on the air and that it isn’t acceptable for us just to say, ‘We’re just the observers,” Alex explained.

He went on to say that the network was aware that other shows and reality stars were waiting to see how they would react to the controversy, and they felt like they needed to set the right tone and send a message to other Bravo talent.

“We all wanted to be respectful to the moment but not prisoners of the moment,” he said about the firings. “That’s sort of the thing about being one of the really white-hot stories at the time; other shows were going to make their decisions based on how ours netted out.”

Though Andy had hoped the fired Pump Rules stars would be given the opportunity to redeem themselves so the situation could be used as a teachable moment, Alex explained that wasn’t possible since production was suspended due to the pandemic. Therefore, there was no way to document their potential growth – or the consequences of their actions – on camera.

Still, Alex admitted that he does second-guess the company’s decision to fire the stars at times.

“Is there another way of handling it? Potentially turning it into a teaching moment?” he said. “It’s really hard because they’re not bad people.”