Indian actress Huma Qureshi is an established force in Bollywood, with her decade-long rise to fame encompassing credits such as Gangs of Wasseypur and Dedh Ishqiya. She is now getting her crack at Hollywood via Army Of The Dead, Zack Snyder’s zombie movie that is currently screening in U.S. theaters ahead of its global Netflix bow on May 21.

It’s been a period of mixed emotions for Qureshi. She is receiving praise for her American cinema debut and is already considering her next moves in the West, and the film’s streaming release is only going to intensify her recognition outside of her native India. However, the film’s rollout has been punctured by the pandemic and due to travel restrictions, she is unable to be with her castmates such as Dave Bautista, Ella Purnell, and Omari Hardwick to celebrate the release.

T.I. Probed By LAPD For Rape & Drugging Of Women; One Alleged Victim Spoke To Cops Last Month About 2005 Assault

The relentless Covid situation in India is also putting a dampener on celebrations, but Qureshi is using her moment in the limelight to make a positive impact. Recently, she teamed up with Save The Children to launch a campaign to raise funds to provide potentially life-saving medical care to those below the poverty line. For anyone looking to find out more or donate, the link for those outside of India is here, while those inside India can click here. As you’ll see at the link, donators to date include Qureshi’s Army Of The Dead co-star Garret Dillahunt as well as the Indian filmmaker Deepa Meha, while Snyder has also pledged his support. Deadline hopped on a Zoom with Qureshi to discuss the relief efforts and what she is planning for the next steps in her career.

DEADLINE: How are things in Mumbai?

HUMA QURESHI: Mumbai is still ok. We had a few crazy weeks, that was a bad time. My best friend and a lot of people around me were affected [by Covid]. This year’s wave seemed more immediate than last year, and it happened to people really close to me. The second wave has been more aggressive in India. We’re seeing all these horrible stories, it’s really heart-breaking. I’ve been on the phone trying to organize a hospital bed for a friend, it’s a traumatic time for us as a country. But it’s also heartening to see how people are using the power of social media to try to do something about it.

Two days ago, I launched an initiative with Save The Children to create a 100-bed facility for Covid patients below the poverty line who can’t afford services. I was born in Delhi, it’s where I grew up, it has been badly affected [by Covid]. There is such a shortage of beds. I have been doing work with Save The Children over the years, and so many of these children have lost both or one of their parents, or are affected themselves, where do they go? There’s so much work to be done.

DEADLINE: I read this week that Zack Snyder said he “only wants to work with Indian actors” after working with you on Army Of The Dead…

QURESHI: I’m a little upset about that, he should have said, “I only want to work with Huma” [laughs]. I’m just kidding, I think Zack is such a gracious and nice man. I was overwhelmed and surprised with so much praise coming my way – he never said that to me when I was around him! For me, this project was a unique opportunity because it’s different from what I do in India. In India my roles are often all about me, as a lead character, and this was a big ensemble piece. The fact I got to work with Zack Snyder, and the cinematic value of that, is undeniable. I’m glad to get to work with him and to know him as a person, he’s a genius, there’s no two ways about it. Since he gave that interview, my phone hasn’t stopped ringing.

QURESHI: I was in the U.S. working on my dream project, a brown girl superhero story which I have actually written as a pitch. My agent said we should make a film or TV series out of it. I was there for a couple of meetings, people liked the idea but they said nobody knew me in America. Since I was there, my agents suggested I go for an audition. I hadn’t auditioned for a long time because I don’t audition in India anymore. I thought it might be fun, no one knew me.

I remember I was so unprepared. I saw people holding their lines, I didn’t realize I could read them from a sheet, I’d already learned them. I asked an assistant for a printout because I didn’t want to be left out, they thought I was crazy. I did my scene and it went OK. That was a Thursday, I came back to India on the Saturday, and I got the call Monday asking me if I wanted to do this film [Army Of The Dead].

I’m a huge fan of zombie films, if I’m sitting at home and there’s one playing, I’ll watch it until the end. But this is more than just a normal zombie film, there’s a lot of emotional strength, a political overtone, it’s such a visceral film. It’s a classic big Hollywood movie, the sort of stuff I grew up watching. I always wanted to be a part of that. Here I am.

DEADLINE: Most of us perceive Hollywood films as these enormous productions, but of course the cinema you’re used to in Bollywood is arguably equally as big, how do the two compare?

QURESHI: Each film is different. I’ve been part of small indie films, big action blockbusters, each set has a different vibe. To be honest, when I went on Army Of The Dead I was like, ‘This is it? This is the crew size?’ In India we have massive crews – you know when a big film is being shot in India.

Army Of The Dead was a unique experience. They made a conscientious effort to get actors from all over the world. There were conversations about having premieres in India, Las Vegas, all over, then Covid happened and everything changed. That was sad and now it’s all on Zoom. But for me, working with my castmates and spending time with them, the process and the journey was pretty much the same. It didn’t matter if you were from the U.S., France or England, the process is the same.

DEADLINE: How was it working with Dave Bautista and your other co-stars?

QURESHI: Dave is amazing. He’s one of the nicest, tallest, biggest, warmest human beings I’ve ever met. Everything about him is big, but he’s gentle. I was away from home for a really long time. In India we shoot very differently, it’s completely normal for an actor to shoot multiple projects at the same time. For this film I had to block out two and a half months of my life and be in the U.S.. That was hard, being away from home and not knowing anyone. Dave was always the one asking me if I was ok. And of course he would throw the best parties.

DEADLINE: Tell us more about the parties…

QURESHI: It’s not appropriate to discuss in an interview [laughs]

DEADLINE: Regarding your point about the premieres, I guess one of the benefits of Netflix is that you do get this launch all over the world, even if you can’t all be their physically, together.

QURESHI: Yes. This is not my first baby with Netflix. I also did Leila, a big Netflix series out of India. I’m doing a couple more films this year with Netflix India. A big reason for me to be part of a franchise film like this is that I’m already working with Netflix currently, it’s an interesting ecosystem they have created. It can be difficult for an actor to break into the West.

DEADLINE: Are there more opportunities in Hollywood for actors from India nowadays?

QURESHI: I think so. It’s been slow. There have been many actors crossing over and getting substantial roles. Representation in film is so important. If we’re looking for a world that is more untied, with less hate and anger, free of terrorism, we have to represent people the right way. The creative medium has been guilty of a certain idea of mainstream, that’s fast changing and it should change. When little girls and boys sees inspiring role models, that inspires them to be better.

DEADLINE: You’ve been acting in films for about a decade. Across that time, have you felt that opportunities have become more equal for women?

QURESHI: Yes and no. A lot of work has happened. Do we all get paid the same? No. There are practices that are being followed that are unequal. But yes, things have become better. in India there are a lot more parts that are being written for women. There’s a long, long way to go. It’s a mindset shift that still needs to happen. It has to be supported institutionally, that’s when real change happens.

DEADLINE: What are your ambitions for your career?

QURESHI: When I die, I want to leave a body of work that I’m exceedingly proud of, and leave a library of movies for my grandchildren. Doing work in India is really important for me, but I’m also so hungry for what’s happening in the West in terms of the stories that are being written. It’s a unique time. I definitely want to do more work in the UK and U.S.. I watch all these shows at home and I get so inspired, I want to be a part of that world. After a decade of acting in India, I’m ready for a new challenge.

DEADLINE: What do you have coming up this year?

QURESHI: I have a Netflix film coming up called Monica, Oh My Darling with Rajkummar Rao. That will start once we open up [production].

DEADLINE: Tell me about this brown girl superhero story…

QURESHI: No! [Laughs]. I don’t want to talk too much about it. It’s my passion project. I had enough time during this pandemic to convert it into a book. I’m speaking to a few publishers now and I think that will be my first published IP. I was sitting at home with my passion project and I had to do something about it. 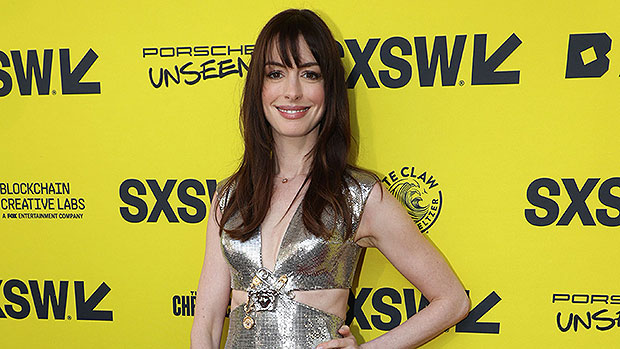