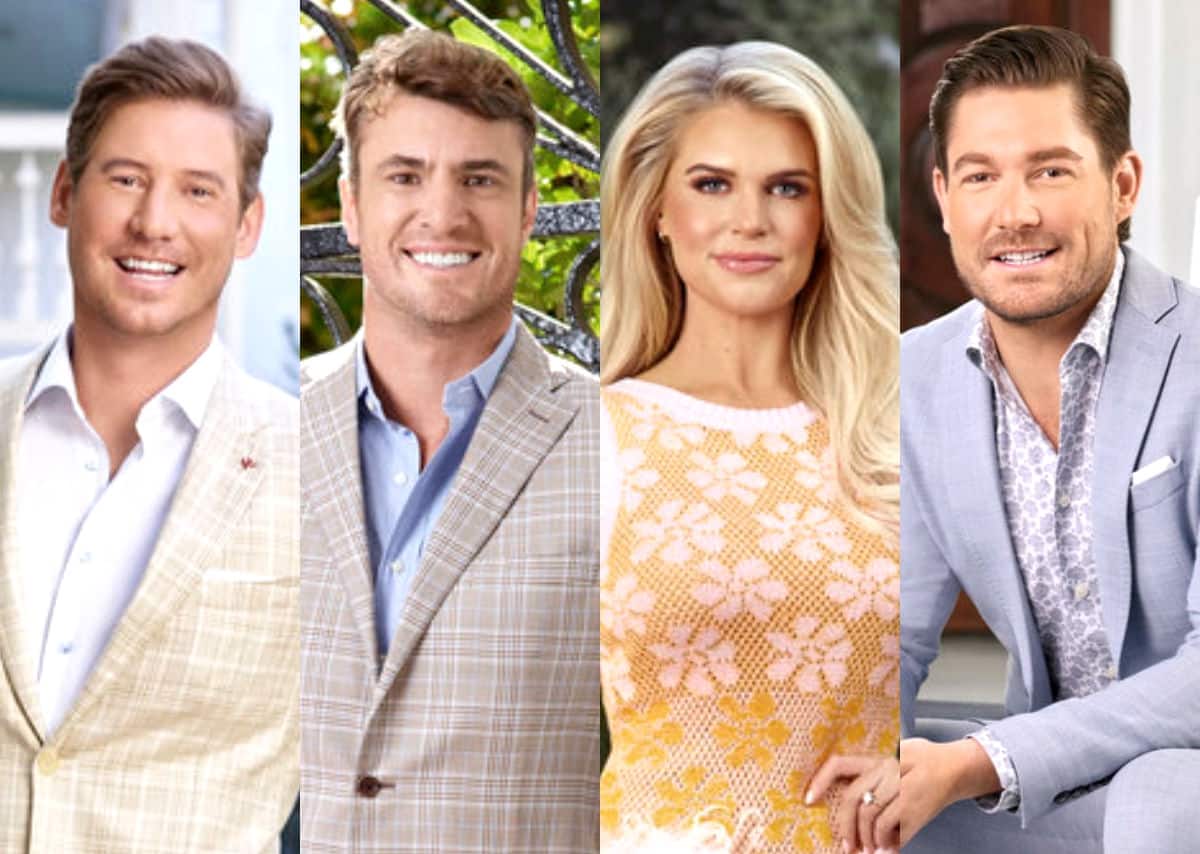 On the season 7 reunion of Southern Charm, Craig Conover, and Madison LeCroy sealed the fate of their friendship. During a battle of insults, Craig swore he’d never talk to the salon owner again.

Jaws dropped, therefore, when the costars joined forces on May 10, dancing merrily in a TikTok together. Many fans thus assumed their feud was over.

Speaking with The Daily Dish, castmates Austen Kroll and Shep Rose revealed their thoughts on the strange video. “Trust you me, they don’t meet up and get coffee and gossip. That’s just not a thing,” shared Austen, who then said, “I know why it happened.”

Shep seemingly had a different take. “[Craig] doesn’t really have a beef with anybody that’s longstanding. I mean, everybody gets pissed at Craig all the time. Equal opportunity. I’d say this about all of us: We’re not gonna hold a grudge. There’s no point,” said Shep. “Holding a grudge is like drinking poison and waiting for the other person to die.”

Austen then made a mysterious joke: “Craig can be bought.”

In an interview for Today, Shep and Austen addressed the anticipated new season of Southern Charm.

“When [a new season] comes out, we’re terrified,” said Shep. “We’re like, oh, no, what are they gonna use? Let’s hope that they don’t use the things that are really embarrassing.”

During the season, Shep will navigate drama in his relationship with Taylor Ann Green. “[My girlfriend and I] kind of had, I guess you could call it like a honeymoon season [in season 7]. Like we just laughed, but of course, the layers of the onion were peeled back. And yeah, you worry about yourself, you worry about her. We just hope that the audience doesn’t tear us apart when it comes out basically.”

Shep then addressed another relationship in the cast – Craig and his new girlfriend, Paige DeSorbo. “They’re kind of a lot alike,” said Shep. “He’s like ‘hey, what should we name our kids?’ And I’m like ‘hey, you just met her last week, you idiot!’”

According to Shep, there are obstacles to reality TV romances. “There is a pressure, and it comes from all angles. Because, you know, your friends, classmates will inevitably have conversations about your relationship, and then they have opinions,” he said. “And so you know, that’s happening, and you just don’t know what’s being said, and you’re trying to, like, maintain a semblance of normalcy.”

Neither Austen nor Shep wants to hurry into marriage. “My mother’s like, for the love of God, Austen, do not rush into anything,” said the star.

“You got to be careful, and you got to be judicious,” Shep responded. “I’m really happy at the moment.”

Austen hinted at future drama with Ciara Miller, with whom he had an awkward love triangle (along with Lindsay Hubbard). According to Austen, “tension” will continue on Winter House season 2, which just finished filming.

“It certainly was, like, a point of contention. You know, [Ciara and I] hadn’t really talked too much prior to going into it. But I was confident that I was like, we’ll be fine, because we’re adults, and we can talk about it when we get there. And for the most part, you know, for the most part, it was very nice,” he insisted.

Shep asked, “Would you say she was more emotional than you expected?”

“Wow Shep, are you the interviewer?” Austen responded.

Austen explained, “I wish I could dive in on that one. But yeah, you’ll see it. And there’s obviously like, a little bit of drama and tension that kind of happens. You’ll just have to watch.”

Will Shep and Austen appear on Southern Charm: Leva Land?

“We were supposed to film with [Leva Bonaparte for her new spinoff] when I was in Mexico. I wish her all the best. I don’t know how much more Charleston we can see,” Shep answered. “We’ve been everywhere, we’ve done eight seasons, so we’ve been to every restaurant, every possible activity. So it’ll be interesting to see how it plays out.”

Austen commented, “The fact that she has four businesses on King Street. … I’m sure there’ll be something interesting and juicy.” 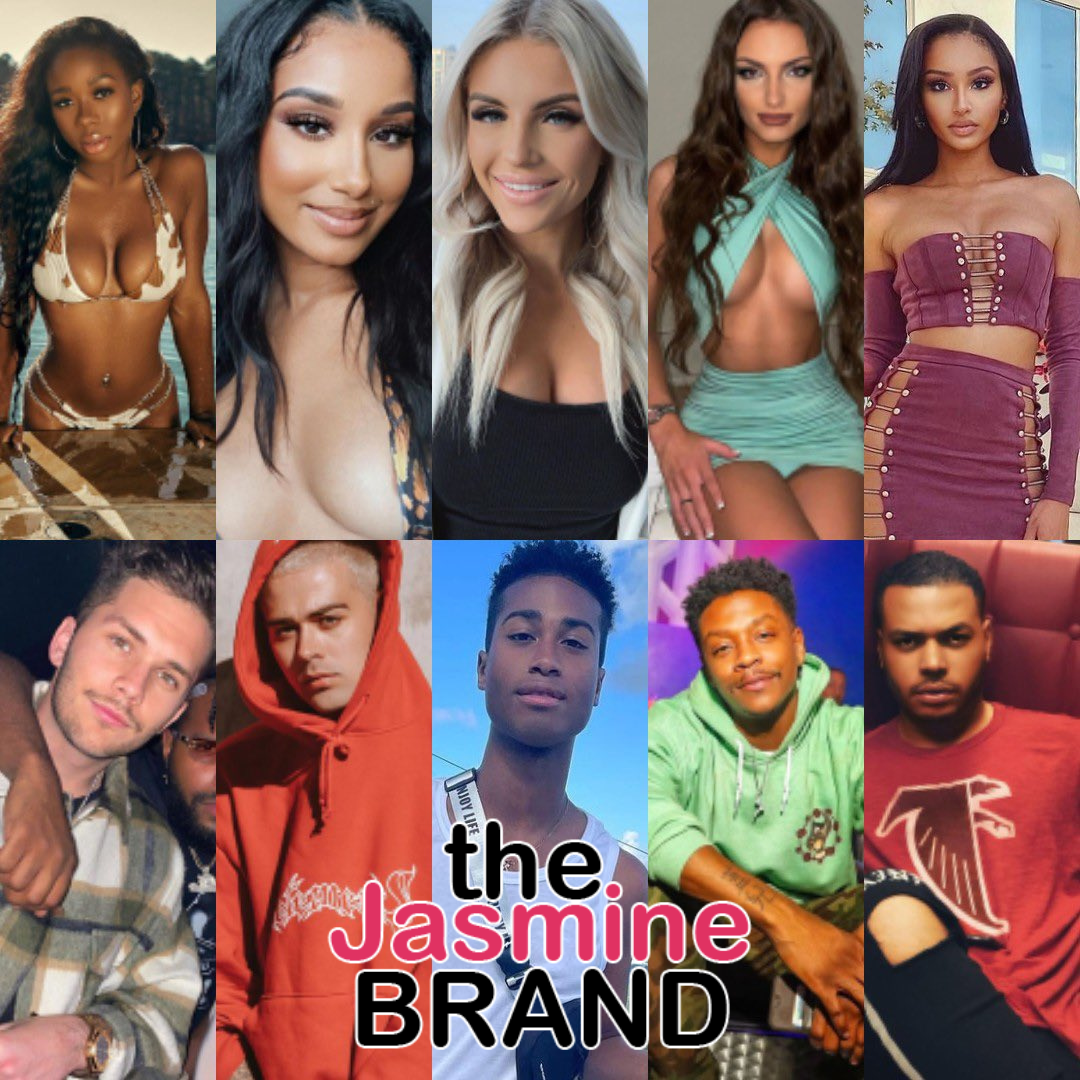