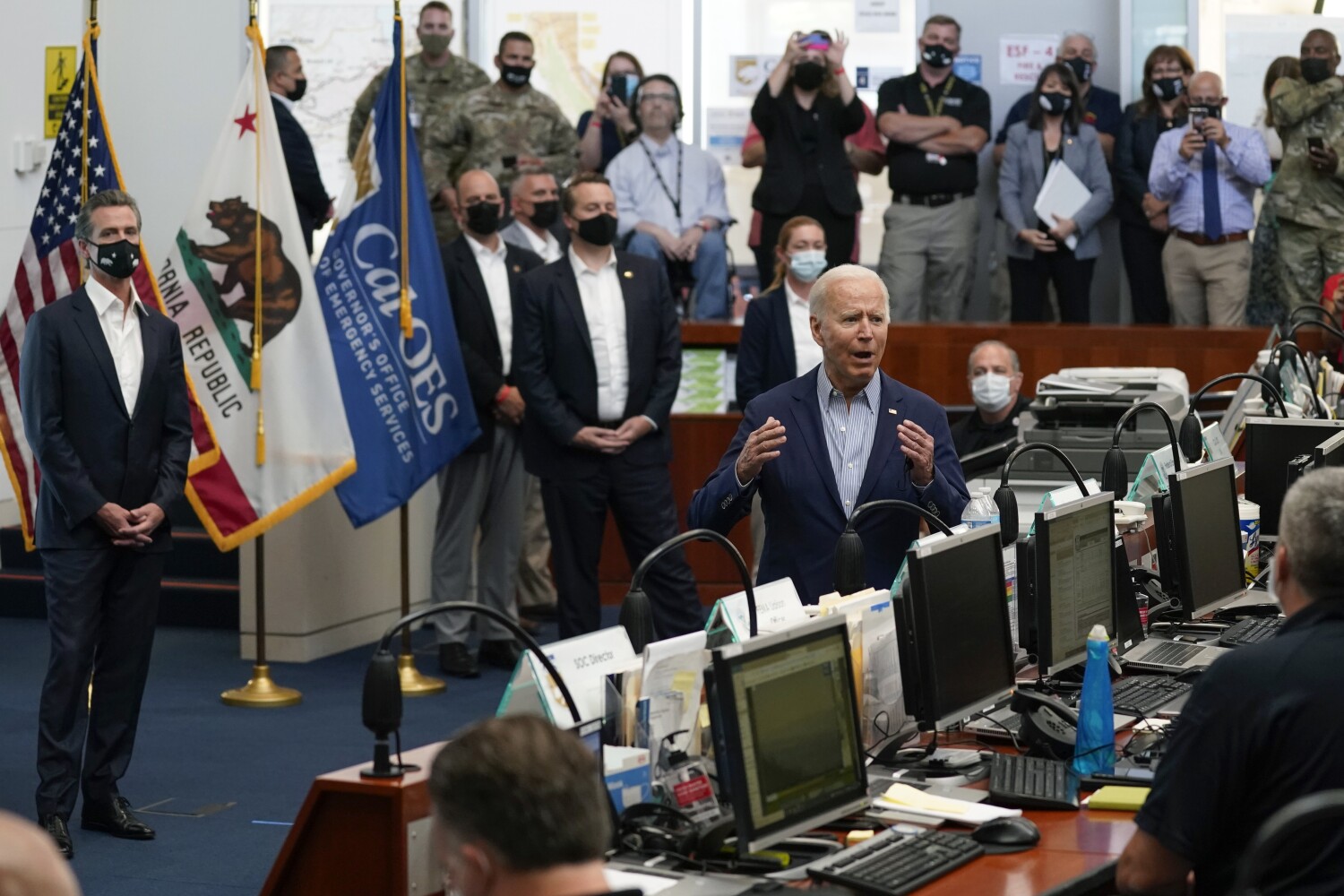 Speaking at a clean-energy facility in Colorado, President Biden on Tuesday urged Congress to pass legislation that he argued will create jobs and mitigate the impact of climate change.

“We have to make the investments that are going to slow our contributions to climate change today, not tomorrow,” Biden said during a speech at the National Renewable Energy Laboratory Flatirons Campus outside Denver. “Something that is caused by humans can be solved by humans.”

Reiterating an argument he has made in recent weeks, the president said climate change is exacerbating wildfires ravaging Western states and intensifying other natural disasters, including Hurricane Ida, which recently killed dozens and cost billions in damage in states including New York, New Jersey and Louisiana.

Biden argued that the country was running out of time to address climate change and doing so would make the nation “stronger and more resilient.”

“A drought or a fire doesn’t see a property line,” the president said. “It doesn’t give a damn for which party you belong to. Disasters aren’t going to stop. That’s the nature of the climate threat.”

Biden’s speech came a day after he visited California and surveyed burn scars left by wildfires, which scientists say are being made more intense and frequent by climate change. The president is expected to return to Washington late Tuesday, where his economic and environmental agendas are in peril because a key senator opposes provisions in a $3.5-trillion spending bill that would aim to cut carbon emissions.

Biden has pledged to slash the nation’s planet-warming emissions by at least 50% by 2030.

Democrats are seeking to fund climate change initiatives and expand social safety net programs by using a process called reconciliation, which requires a simple majority in the evenly split Senate to advance legislation directly tied to the budget. If all Democrats vote for the bill, Vice President Kamala Harris can break the tie and put the bill on Biden’s desk.

However, Sen. Joe Manchin III (D-W.Va.) said this week that he opposes using federal dollars to compel utilities to use more clean energy. One of the reconciliation measure’s key provisions would seek to incentivize and penalize utilities into expanding their generation of electricity from such renewable sources as wind and solar. In a CNN interview, Manchin said spending in this area is unnecessary because utilities are already relying more on such energy sources.

“The transition is happening,” he said. “It makes no sense to me at all to take billions of dollars and pay utilities for what they’re going to do as the market transitions.”

In an op-ed earlier this month, Manchin called for a “strategic pause” on reconciliation, writing that he would not back a price tag as steep as $3.5 trillion “without greater clarity about why Congress chooses to ignore the serious effects inflation and debt have on existing government programs.”

When asked by reporters Tuesday if he would sign a reconciliation package with slimmed-down measures to address climate change, Biden said he’s “up for more climate measures,” while pumping his fist.

House Speaker Nancy Pelosi (D-San Francisco) has described the $3.5-trillion package as being focused on “human infrastructure” because it would also expand Medicare and create a universal prekindergarten program and a pathway to citizenship for some immigrants.

Democrats plan to raise taxes on big businesses and wealthy Americans to pay for much of the bill.

House Democrats have proposed boosting taxes on big businesses from 21% to 26.5% on annual income over $5 million. They are also seeking to raise taxes on individuals earning more than $400,000 a year — and $450,000 for couples — while levying a 3% tax on Americans whose annual adjusted income tops $5 million.

As they grapple with the reconciliation measure, House Democrats are also likely to vote on a separate Senate-passed bipartisan $1-trillion infrastructure bill by Sept. 27, though it is unclear if this deadline will be met.