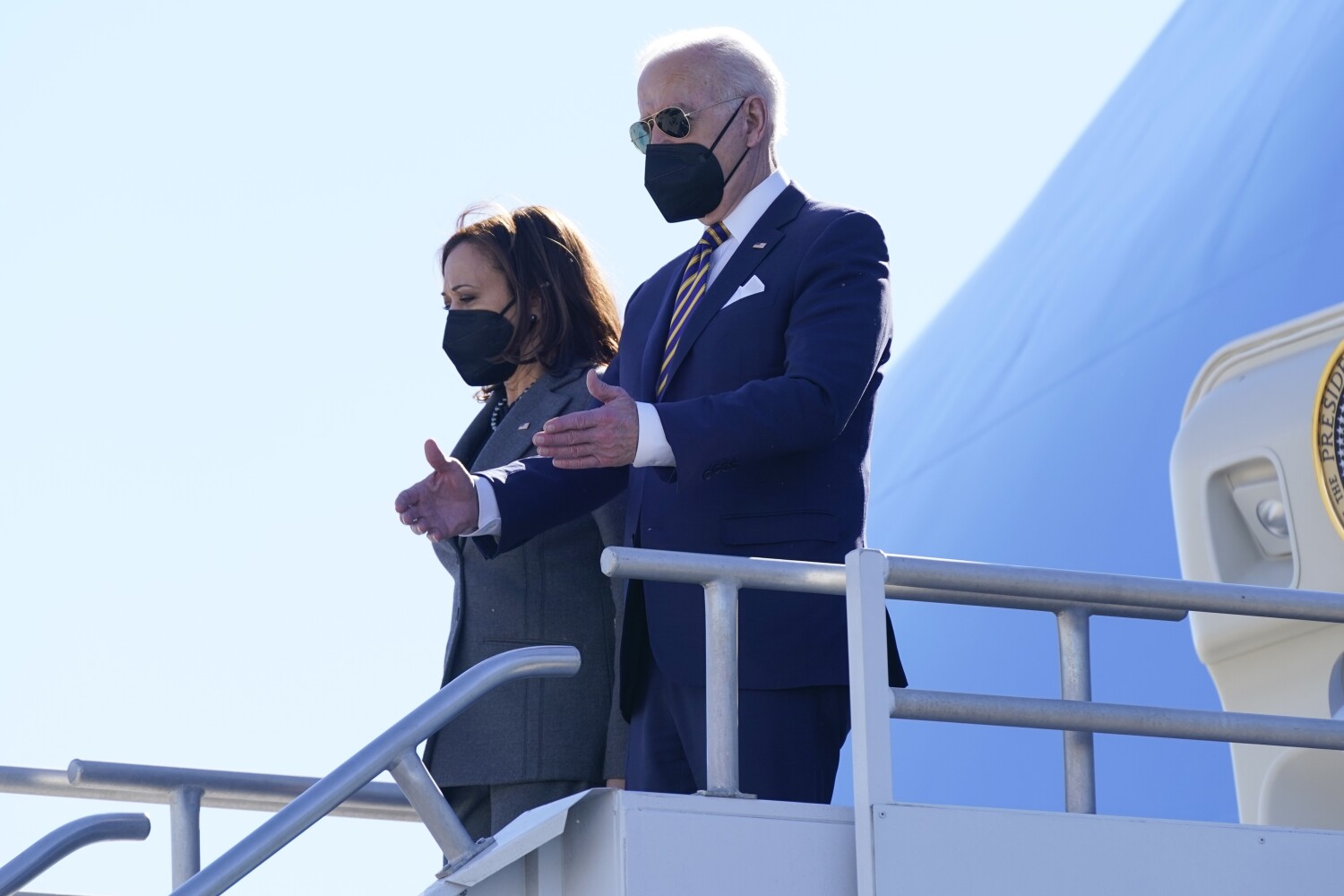 President Biden, in a speech Tuesday in Atlanta, will call for changing Senate rules in order to pass voting rights protections, going farther than he has before in an effort to unify Senate Democrats around what he frames as an existential issue for the country.

Biden, a 36-year veteran of the Senate whose support for the legislative filibuster has slowly softened in recent months, won’t call for abolishing the existing requirement that allows the minority party to block any bill that doesn’t garner 60 votes. Rather, an administration official said, he’ll endorse a “carve-out” to circumvent the filibuster on the issue of voting rights after Republican lawmakers in 19 states have enacted 34 restrictive voting laws.

The evenly divided Senate, which Democrats control based on Vice President Kamala Harris’ ability to cast a tie-breaking 51st vote, is poised to consider two Democratic measures, previously blocked in the chamber, that aim to defang many of the new voting laws in GOP-led states.

“The next few days, when these bills come to a vote, will mark a turning point in this nation,” Biden will say, according to an excerpt of his speech released by the White House. “Will we choose democracy over autocracy, light over shadow, justice over injustice? I know where I stand. I will not yield. I will not flinch. I will defend your right to vote and our democracy against all enemies foreign and domestic. And so the question is where will the institution of United States Senate stand?”

The speech is the sort of energetic, full-throated push for action on the issue of voting rights that many activists have been waiting for since Biden was inaugurated. Several, dismayed that the president until now prioritized a bipartisan infrastructure law and a now-stalled effort to enhance the social safety net over voting rights, have opted not to attend the speech and made clear they won’t be satisfied with more words, only action by the Senate.

“It sets a serious precedent that at the end of the day, when there are people that are coming after your base of voters, right, and you’re stringing it out, and you’re not reacting,” LaTosha Brown, a Georgia-based advocate and cofounder of Black Voters Matter, said on a call with reporters Monday.

“We don’t need another speech. What we need is actually a plan,” said Cliff Albright, executive director of the Black Voters Matter Fund, who said it’s long past time Biden puts the weight of the presidency behind a push to change the filibuster rule.

Martin Luther King III, the son of the iconic civil rights leader, is meeting with Biden and Harris on Tuesday, and said in an earlier statement that he understood the frustration of activists choosing not to attend but remained hopeful a push by the White House on voting rights could lead to action. “We’ve seen what’s possible when President Biden uses the full weight of his office to deliver for bridges, and now we need to see him do the same for voting rights,” King said.

Although Biden’s gradual shift on the filibuster reflects the new consensus among Senate Democrats, he still doesn’t have the necessary votes. Changing the rule itself in order to pass voting rights legislation requires the support of all 50 Democratic senators. At least two of them, Sens. Joe Manchin III of West Virginia and Kyrsten Sinema of Arizona have both said they oppose the change.

Thus far, Manchin has shown himself to be impervious to pressure from the White House, if not downright prickly about it. Just before Christmas, upset that the White House had issued a statement citing his opposition to a major piece of its legislative agenda as a primary reason a vote on the bill was being delayed, he blindsided Biden by going on television to announce he opposed the president’s $1.8-trillion “Build Back Better” proposal, a package of tax credits and benefits for working families.

The setback for Biden’s social spending bill, his administration’s focus in the final months of 2021, explains at least in part why the White House is shifting voting rights to the front burner. But, legislatively, altering the filibuster rule is an even heavier political lift than Build Back Better, which Democrats had hoped to pass with 50 votes through the process of budget reconciliation.

It isn’t clear how Biden’s utilization of the presidential bully pulpit in Atlanta on Tuesday will change Manchin’s view on the filibuster. White House Press Secretary Jen Psaki acknowledged Monday that Biden’s ability to secure votes for his agenda in Congress, a big part of his pitch for the presidency in 2020, is no guarantee: “What we’re talking about is whether we can get enough votes in Congress to get this done,” she said.

Manchin has tried to win Republican backing for a compromise voting rights proposal, so far without success.

Meanwhile, Democrats are set to consider two bills that have already been approved by the House. The Freedom to Vote Act would defang state-led efforts to restrict mail-in or absentee voting, would make election day a holiday, and halt partisan gerrymandering that has drawn congressional districts in a way that dilutes the votes of minority communities. The John R. Lewis Voting Rights Advancement Act would restore anti-discrimination components of the 1965 Voting Rights Act that the Supreme Court’s conservative majority, arguing that voting rights were now firmly guaranteed, struck down in 2013.

Biden, Psaki said, planned to place the current fight for voting rights on a historical continuum, framing it as the new battle in an ongoing fight for civil rights and a necessary response to former President Trump’s lies suggesting the 2020 election that he lost was fraudulent — which incited the Jan. 6, 2021, Capitol insurrection and has served as the pretext for the new Republican state laws curtailing voting access.

“He’ll also describe this as one of the rare moments in a country’s history when time stops and the essential is immediately ripped away from the trivial, and that we have to ensure January 6th doesn’t mark the end of democracy but the beginning of a renaissance for our democracy where we stand up for the right to vote and have that vote counted fairly, not undermined by partisans afraid of who you voted for or try to reverse an outcome,” Psaki said.

Before delivering remarks, Biden and Harris, who rarely travel together outside of Washington, are visiting the crypt of the Rev. Martin Luther King Jr. and his wife, Coretta Scott King. They’ll also stop at the historic Ebenezer Baptist Church, where both Martin Luther King Jr. and the late Democratic Rep. John Lewis, the civil rights hero and Georgia congressman, were eulogized.

Accompanying them is Sen. Raphael Warnock, Georgia’s first Black senator, whose election in one of two runoffs there last January delivered Democrats their 50-seat majority. Warnock, who must run for reelection to a full six-year term in November, is a top target for Republicans and dependent on high turnout from Black voters.