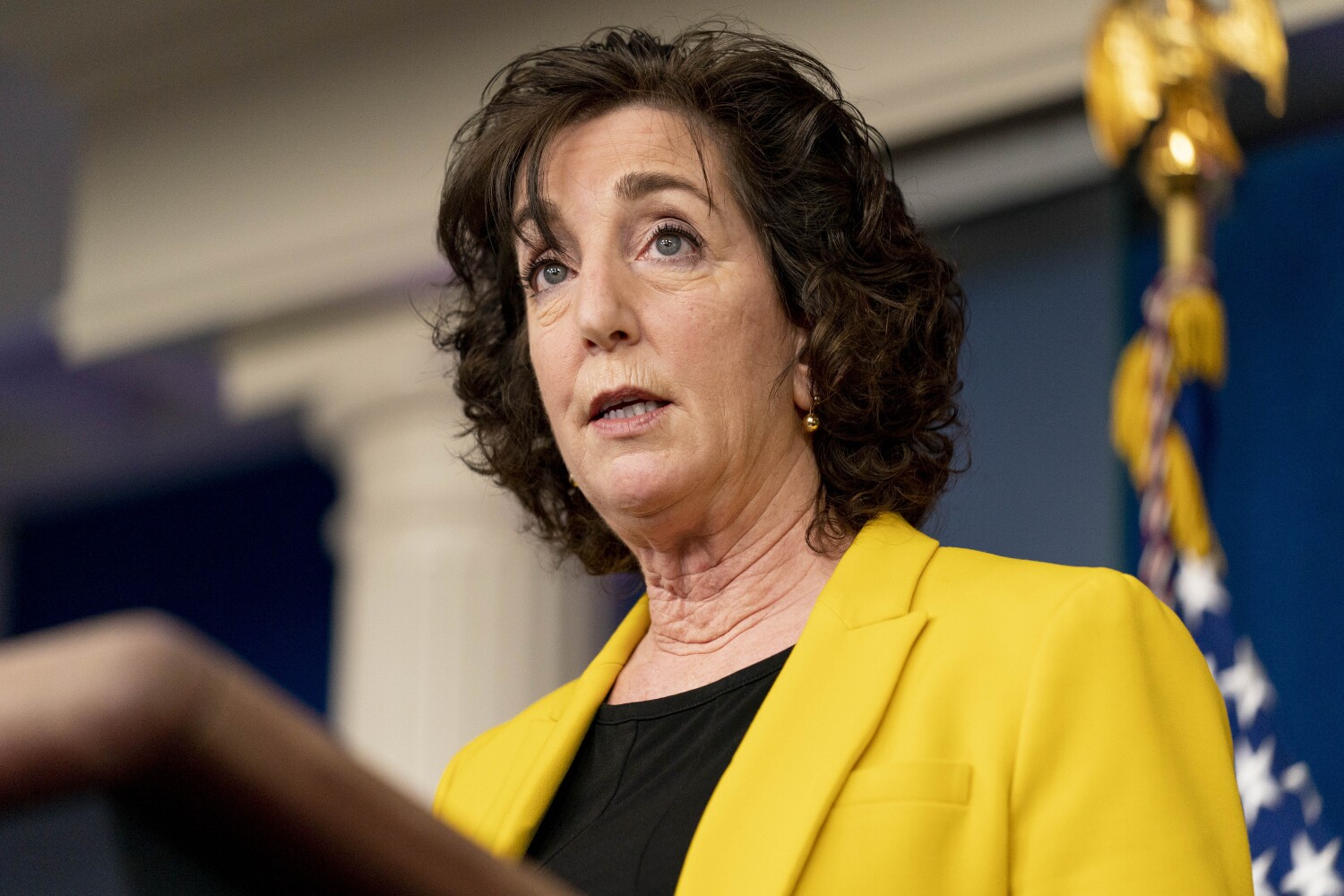 Roberta Jacobson, President Biden’s top official for border issues who has been grappling with large increases of migrants attempting to cross into the U.S., will step down at month’s end after 100 days on the job, the White House announced Friday.

Jacobson, a highly regarded former U.S. ambassador to Mexico and career diplomat, said in an interview that she had always intended to serve as the National Security Council’s coordinator for the U.S. southern border for that length of time and believes she can leave as the Biden administration has built up teams to work on the immigration issue, including root causes in the home countries of many migrants.

Vice President Kamala Harris was recently appointed by Biden to oversee diplomacy with those countries — El Salvador, Guatemala and Honduras — and the U.S. Agency for International Development is setting up an as-yet-unannounced special task force for Central America, according to people familiar with the matter.

“It had never been my intention to return to government,” Jacobson told The Times on Friday. She had retired on May 5, 2018, in part because of disagreement with then-President Trump. “But sometimes you get the call that you can’t refuse.”

She agreed to become Biden’s border czar shortly after he was inaugurated. “It was always going to be 100 days,” she said. Her official departure is at the end of April.

Jake Sullivan, Biden’s national security advisor, said Jacobson will step down having helped to “usher in a more safe, secure and just approach to our southern Border.”

One specialist in the region who is close to the administration confirmed that the border czar appointment was always going to be temporary but said making the announcement now “sends a bad message.”

It comes as large numbers of unaccompanied minors are reaching the southern U.S. border, giving political ammunition to Republicans and other critics who blame Biden for what they call a crisis, leading to intense scrutiny and finger-pointing.

A steady increase in numbers at the border began last year but escalated during Biden’s first few months in office. The administration has tried to strike a difficult balance between promises to undo “the moral and national shame of the previous administration,” as Biden put it, and pledges that “the border is closed,” as Jacobson herself said in Spanish from the White House.

Last month, U.S. officials encountered nearly 19,000 unaccompanied minors at the southern border, the largest monthly number ever recorded, according to Homeland Security officials, well above the previous high of more than 11,000 in May 2019.

A combination of court rulings, humanitarian concerns and legal changes in Mexico led the Biden administration in January to stop quickly removing migrant children without parents or legal guardians, as had occurred under a Trump-era pandemic policy. That probably helped fuel the continued rise in numbers of unaccompanied minors at the border — as well as migrant families “self-separating” and sending children across on their own, officials say.

Because Jacobson’s departure comes so soon after Harris’ appointment, there was speculation that a perceived rivalry led to Jacobson’s decision to leave. She and other administration officials denied that. Some experts said that having Jacobson in the border role allowed Harris to focus on Central America and gave her political cover to avoid being too closely associated with the border problem.

Rep. Norma Torres (D-Pomona) — the first member of Congress born in Central America — called Jacobson’s exit a “loss for our country” but said she was committed to working with Harris and the administration to “meet the challenges we face at the border.”

Andrew Selee, president of nonpartisan think tank the Migration Policy Institute, affirmed that Jacobson’s role “was definitely only supposed to be a 100-day job.

“Managing all the moving parts in the interagency process on immigration and the relationships with key partners in the region is a daunting challenge that remains a major test for the Biden administration,” he added. “They are both trying to deal with an immediate migration increase at the border and find longer-term solutions to ongoing regional issues that have spurred recurring migration flows.”

In an interview with The Times early last month, Jacobson spoke of her plans for the border and the need for the administration to learn from past mistakes, including putting tighter controls on the $4-billion, four-year package Biden has proposed for the three Central American countries, referred to as the Northern Triangle.

Instead of pouring most of the money into national treasuries, she said in that interview, greater amounts would go to nongovernmental organizations and programs for single mothers, youth training and similar groups, “so that in the end, you are strengthening the societies and not enriching these governments.”