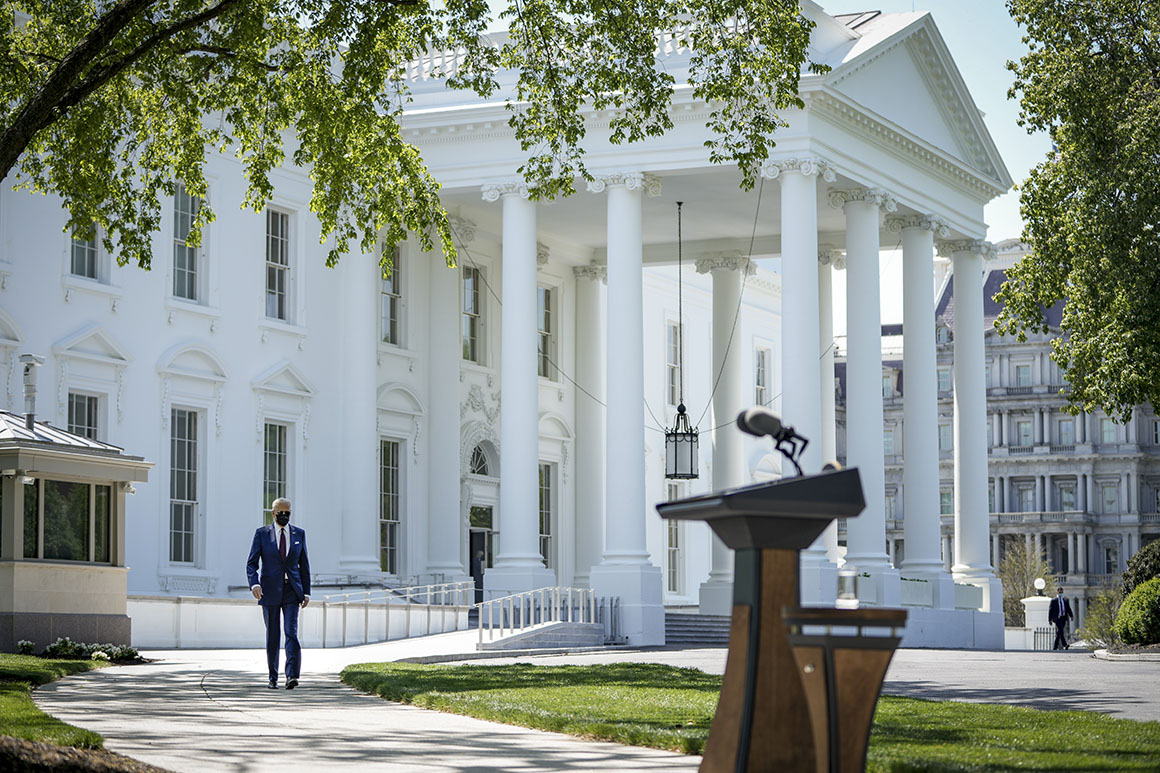 The ongoing divide raises questions about the administration’s confidence in the nation’s vaccine pipeline, which for now is largely reliant on just two manufacturers: Pfizer and Moderna. It also underscores the extent to which members of Biden’s pandemic response team disagree about how to protect Americans from highly transmissible virus variants while also helping countries in dire need.

“The question is, what if there is a manufacturing problem or a contamination or a barrier, and then all of a sudden we don’t have enough vaccines,” said one senior administration official. “There’s people … pushing to do it and do it now. Then there are people who are saying … we’ll deal with it, but not right now, let’s just wait a little bit.”

Top federal officials involved in the nation’s Covid-19 response are also trying to sort out whether there is support in the White House, including from Biden himself, to launch a sustained effort this year to export doses overseas, according to two other people with knowledge of the situation. Sharing vaccines could help accelerate the end of the pandemic, and lower the chance that additional variants will emerge.

A White House spokesperson responded to a series of questions on the matter by pointing to coronavirus response coordinator Jeff Zients’ statement Tuesday that the U.S.’ “strong portfolio” of existing vaccines made it possible for the administration to share AstraZeneca doses with other countries.

The Biden administration is getting sizable, regular shipments of vaccine from Moderna and Pfizer, which between them have agreed to supply enough shots for 300 million people. The third authorized U.S. vaccine maker, Johnson & Johnson, had initially promised to make 100 million doses by June, reinforcing the U.S. supply with a one-shot option that is relatively easy to store and could be deployed to hard-to-reach groups. In early March, Biden touted plans to purchase another 100 million J&J doses, citing a need to “be prepared” and suggesting some could eventually be sent to other countries.

But problems at contract manufacturer Emergent BioSolutions, which had signed up to manufacture J&J and AstraZeneca’s vaccines, threw a wrench into those plans. The company ruined 15 million doses of J&J’s vaccine in March by accidentally mixing them with ingredients for the AstraZeneca shot. The FDA ordered Emergent to halt production and set aside vaccine the company had manufactured to be tested for contamination, effectively freezing the nation’s existing stockpile. The agency also told AstraZeneca to find a new contract manufacturer.

An FDA inspection earlier this month found that Emergent had not adequately addressed the issues that led to the contamination at its Baltimore plant. And AstraZeneca has not announced another manufacturing partner, though two individuals with knowledge of the situation say the company is eyeing a new, well-known contractor in the U.S.

With production at Emergent still up in the air, and the FDA still reviewing all previously manufactured doses of both J&J and AstraZeneca, some senior Biden officials say they are unsure about U.S. supply calculations for late summer and early fall.

Others inside the administration have countered that there is little cause for concern. An individual familiar with the Biden team’s supply projections said the U.S. has known for weeks that it would have enough vaccine doses for all U.S. adults by the end of May, even without J&J. The U.S. will receive 450 million doses by the end of May and will have another 100 million additional doses manufactured and waiting for testing, the person said.

In the meantime, the need for vaccines in several foreign countries has escalated at the same time U.S. demand appears to be slowing.

“There’s no reason for the U.S. to sit on doses and have hundreds of millions of doses on the shelf over the summer,” said Krishna Udayakumar, director of Duke’s Global Health Innovation Center. “If and when more doses are needed in the fall and into the winter, the manufacturing capacity is going to ramp up pretty significantly.”

Administration officials across the White House, State Department and health agencies have for weeks debated sending abroad doses from J&J, AstraZeneca and a third company — Novavax, which is expected to seek U.S. authorization this summer — either through COVAX or directly to certain countries, according to three people familiar with the matter, including two senior administration officials. But top White House aides have repeatedly quashed those plans, citing concerns about future production issues and the need to ensure the U.S. can meet demand at home.

The debate came to a head in early March when a cross-agency group focused on the Covid-19 response that included top staffers at HHS, CDC and USAID pushed the administration to begin donating potentially hundreds of millions of doses over the next five months, according to three people with knowledge of the matter. Supporters used the internal vaccine supply projections to make their case, showing the U.S. had a plethora of doses that it could ship to countries in need.

Yet top White House aides rejected that recommendation over concerns that the domestic stockpile was not large enough yet — and that the optics of sending doses abroad during a big push to make vaccines more available to U.S. citizens. In subsequent weeks they repeatedly overruled administration health experts who felt it was a mistake to keep millions of doses in storage as outbreaks intensified across the world.

“The optics clearly were that we needed to take care of our own population first. Let’s not worry about the demand yet, we still have a problem at home,” said one person briefed on the matter, who requested anonymity to describe the internal divisions. “The public health people don’t see that in the same way.”

A White House spokesperson declined to comment on the episode. But two administration officials said a formal recommendation was never made to the White House, and that the AstraZeneca decision had been in the works for weeks before Monday’s announcement.

The U.S. is currently entertaining bids from multiple countries for Covid-19 assistance and have received specific requests for doses, according to a senior official with direct knowledge of and another individual familiar with the situation. A team led by Gayle Smith, the State Department’s global Covid-19 coordinator, is still debating how to identify which countries are most in need of vaccines. It has yet to determine how many doses the U.S. has to spare and for how long they can spare them.

In the meantime, the administration is identifying other ways to export critical supplies such as ventilators and personal protective equipment. The administration announced Monday that it would send raw materials and components to India to help the country manufacture the vaccine.

“This is no longer a conversation about protecting American lives versus protecting Indian lives, like America has plenty of vaccines,” said Ashish Jha, dean of Brown University’s School of Public Health. “Americans will have plenty of vaccines for a long time. The absolute minimum we should be doing is helping places like this institute make a lot more.”

Carmen Paun contributed to this report. 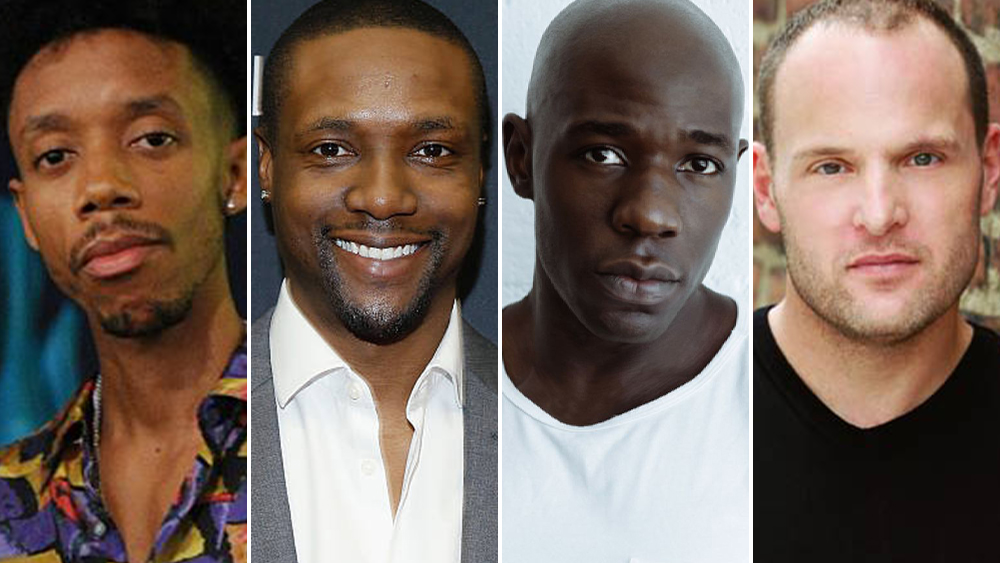