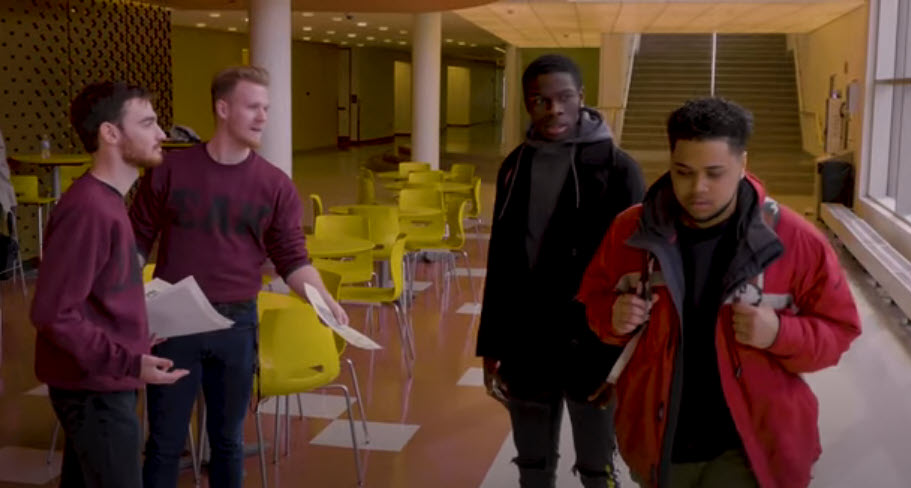 Trey hasn’t yet gotten his footing in college, and his major is undeclared. He is recruited by the school fraternity, Sigma Alpha Kap. Trey is excited to receive an invitation to a get together put on by the fraternity, having previously believed that fraternities were exclusive clubs for members only.

Upon experiencing the brotherhood Sigma Alpha Kap affords its members, as well as the potential connections it could bring for future career opportunities, Trey decides to join, and is heartily welcomed in. Trey’s black friends are bothered that he wants to join a fraternity full of whites, pointing out that his being black means that they have nothing for him. Trey questions their logic and stereotypical biases, dismissing their judgment with disappointment. Later, Trey learns that the fraternity’s intentions in welcoming him into their fold were not without ulterior motives.

Black Fratsman was a keen look into real life scenarios in race relations. Attempting to generate equality, often rules and stipulations are set in place to foster connections between races, which can sometimes backfire, especially when the “rule of the law” is carried out separately from the “spirit of the law”.

Ironically, when trying to force an issue such as comingling and inclusion among races in state run institutions, this short cleverly demonstrated the potential for it to result in reinforcing perceptions of inequality. It follows that when human depravity prevails, a subversion of the rules is attempted as a means to an end. This worsens the situation. Similar to how our founding fathers knew that a constitution would only help a moral public, the same goes for race relations – if the moral fabric is not available and practiced in the first place, any implemented rules and regulations cannot fully rectify inequity. Also, the free choice that leads to performing a good and moral act is always a better circumstance than performing an act that is coerced, especially as it relates to human relations and feeling validated based on one’s individuality. 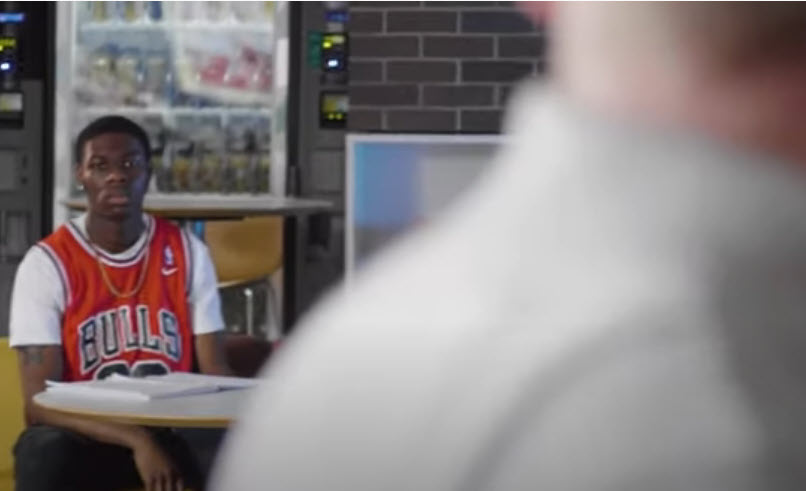 Nobody wants to feel like a project. It becomes even worse when it divides race relations further. Black Fratsman did a great job in demonstrating the profound truth of the law of unintended consequences in a believable way. Due to the nature of our society, to some degree most of us have become wary of wolves in sheep’s clothing, and we are constantly on guard against them. When we are bitten, it is very hard to trust again.