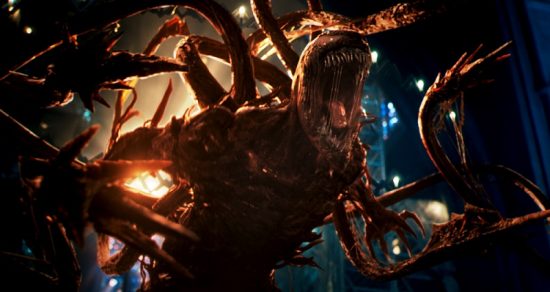 When we left Eddie Brock (Tom Hardy) at the end of 2018’s Venom he had made a deal with the Symbiote and they became the Lethal Protector. That, along with the Carnage tease in the credits, it looked like the sequel would bring the mayhem.

Fast forward to 2021 and, with Andy Serkis behind the camera, we see Carnage unleashed with Woody Harrelson as serial killer Cletus Kasady.

There was lots of potential for a brilliant movie in the sequel and, while I enjoyed it, I did feel rather disappointed. The main reason is that it seemed to copy the main story beats of the first film instead of building on it. Eddie and Venom were not doing the Lethal Protector schtick in at the beginning of the film. Instead, there were the same arguments between them, resulting in the Symbiote once again leaving Eddie until he has to get back, via joining with Michelle Williams to get him there, and ending with a CG battle between two Symbiotes.

I wanted more initial scenes of Venom fighting crime so we could see how they had grown as a duo.

Then there is Cletus Kasady and Shriek (Naomie Harris). We see an animated segment detailing their past together and are told how much they meant to each other, yet you never quite get the connection. Indeed, it seems that when it comes to Cletus it is not “show not tell” but vice versa as we are constantly told of the terrible things he has done, yet it would have been so much better to have had more scenes showing how dreadful Cletus was. The connection he had with Stephen Graham’s Detective Mulligan was something that could have worked even better if it was given more chance to grow.

It did feel that scenes had been shot, but then taken out resulting in the animated parts of the film. It also made me wish that Cletus Kasady and Carnage had been built up through a few other movies to make us realise just how twisted and dangerous Cletus Kasady is. More scenes of Carnage being Carnage would have also been helpful to increase the threat of the character.

I also felt Naomie Harris as Shriek was shortchanged as, again, it felt that scenes had been cut involving her and it would have been interesting to see more of the character who is very much a Mutant.

Okay, that’s a lot of negatives, but as I said, I did enjoy the film. So let us move on to the positives.

When I first heard Tom Hardy was going to play Eddie Brock/Venom, I didn’t see it. Then I watched the first Venom film and thought he was brilliant. The best part of the original and heart and soul of the sequel.

The best scenes of the sequel were Tom Hardy talking to Venom. Funny, emotional, violent and crazy with Hardy’s Eddie Brock constantly looking bewildered and tired while Hardy’s Venom is belligerent, critical, feisty and hungry. The back and forth is just brilliant with some great physical comedy thrown in for good measure. Having them separated for part of the film (which was also a huge chunk of the first film) was a mistake and you’re just waiting for them to get back together. I would love to just keep seeing scenes in future Sony/Marvel films of Eddie Brock sat in bars or cafes just talking to Venom about various superhuman activities.

It was also great to finally see Carnage and, while I wished there had been more scenes like it, his rampage through the prison is great and shocking. I also like how we see Kasady and Carnage have not got a true partnership like Brock and Venom. Plus Kasady always seems to be ripped apart when Carnage takes over.

The extras on the Blu-ray did go into more details about Carnage and there is a great one looking one focusing on Eddie and Venom (the full list of extras can be seen below).

The basic story was pretty basic, and it felt like scenes had been cut, yet because of hardy’s performance, great CGI and some good action sequences it was an enjoyable watch.

Forget the plot, just watch it for Hardy.

Available to Rent on Digital and on 4K Ultra HD™, Blu-ray™ and DVD on January 3rd 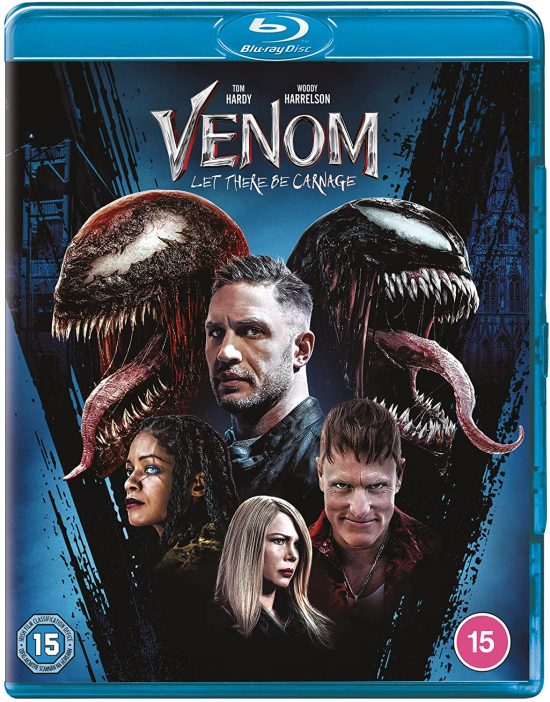