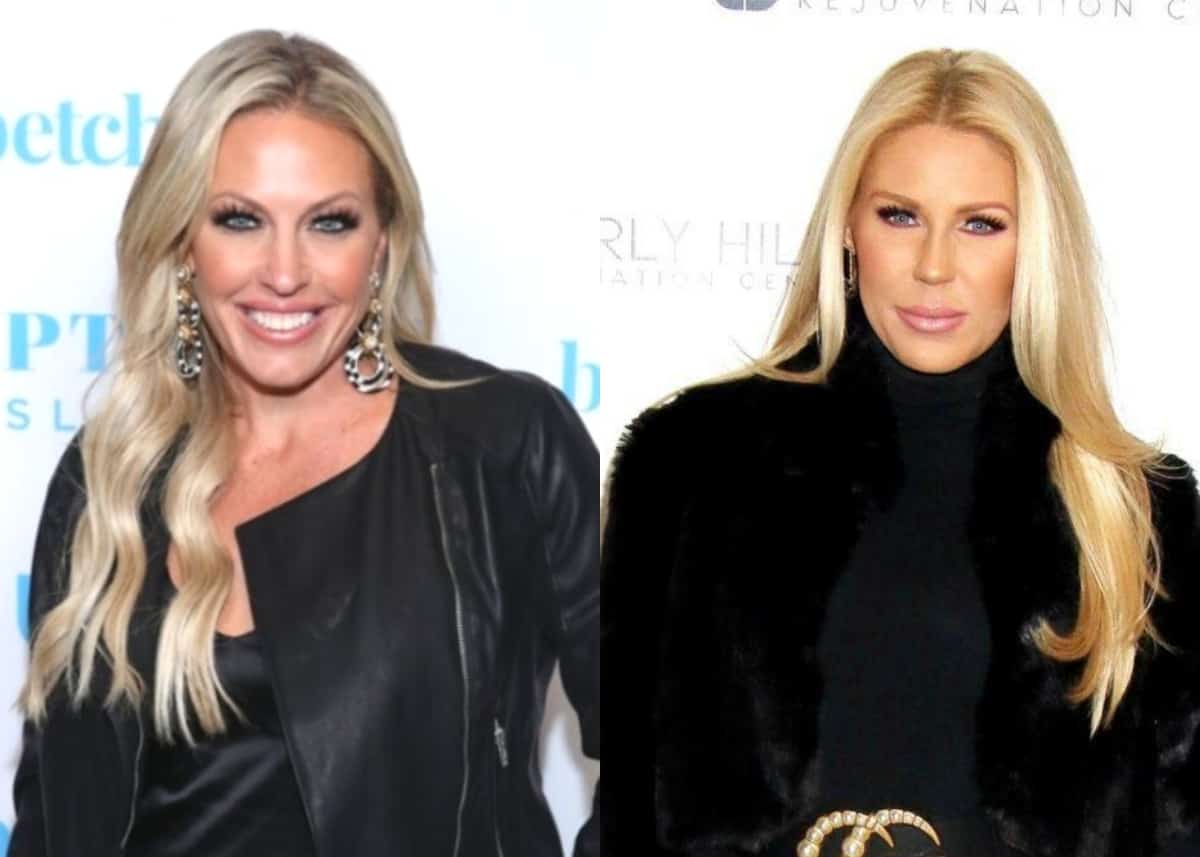 Braunwyn Windham-Burke is clapping back at Gretchen Rossi after the former Real Housewives of Orange County star said Braunwyn’s sexuality is “confusing.”

Though Gretchen hasn’t appeared on the show since season eight, she seemingly still enjoys the drama as she continues to bash the stars of the show, both past and present. The mother-of-one recently slammed Tamra Judge as “toxic and negative” — and Tamra responded by threatening legal action — but Gretchen wasn’t finished there because she went on to question Braunwyn’s authenticity.

“It felt very inauthentic because like one day she’s straight, one day she’s lesbian,” she said during an interview with Us Weekly on April 23. “You know what I mean? Like it was just kind of confusing. At least that’s what I’m gathering from what a lot of people have told me when I’m out talking to them or what you see in the comments.”

Gretchen then went on to diss the show in general, claiming she’s grateful she no longer has to deal with such a stressful environment.

“The actual day in and day out toxic environment and the stress of like, you know, ‘What somebody’s going to make up about you this week? … What lie are they going to tell about you? … What crap are they talking about you that you didn’t know that they were talking about you?’” she said. “I am so grateful to no longer have that in my life.”

Of course, Braunwyn didn’t appreciate the “uneducated,” former reality star’s comments, so she felt it was necessary to respond.

“What an uneducated comment,” Braunwyn told Heavy on April 26. “It sets every woman who is questioning their sexuality back years – just as comments like these have stunted my coming out in the past. It’s not overnight ‘one day straight, one day lesbian’ – it’s years of inner turmoil that is unfortunately fueled by micro-aggressions/ ingrained misogynistic comments like she makes.”

Then, Braunwyn offered to teach Gretchen about the LGBTQ+ community, but she claimed the former model most likely won’t be interested in educating herself on the matter.

“If she finds it so ‘confusing’ I’m here to educate- she has my number,” she quipped. “However, I don’t think she’s as interested in learning about LGBTQ+ people as she is about talking about a tv show that she claims she’s never watched and hasn’t been on in a decade.”

Though Braunwyn’s journey has been tough for some viewers to understand considering she is still married to her husband Sean Burke, with whom she shares seven children, the reality star maintains that she has always known she’s a lesbian.

“I’m just now starting to feel like I’m becoming the woman I’m supposed to be,” she told GLADD when she came out as a lesbian in December 2020. “This isn’t something that’s new… I’ve always known it, but it took me, personally, 42 years to be comfortable in my own skin to say that.”

The Real Housewives of Orange County is currently on hiatus as season 16 has yet to be confirmed.