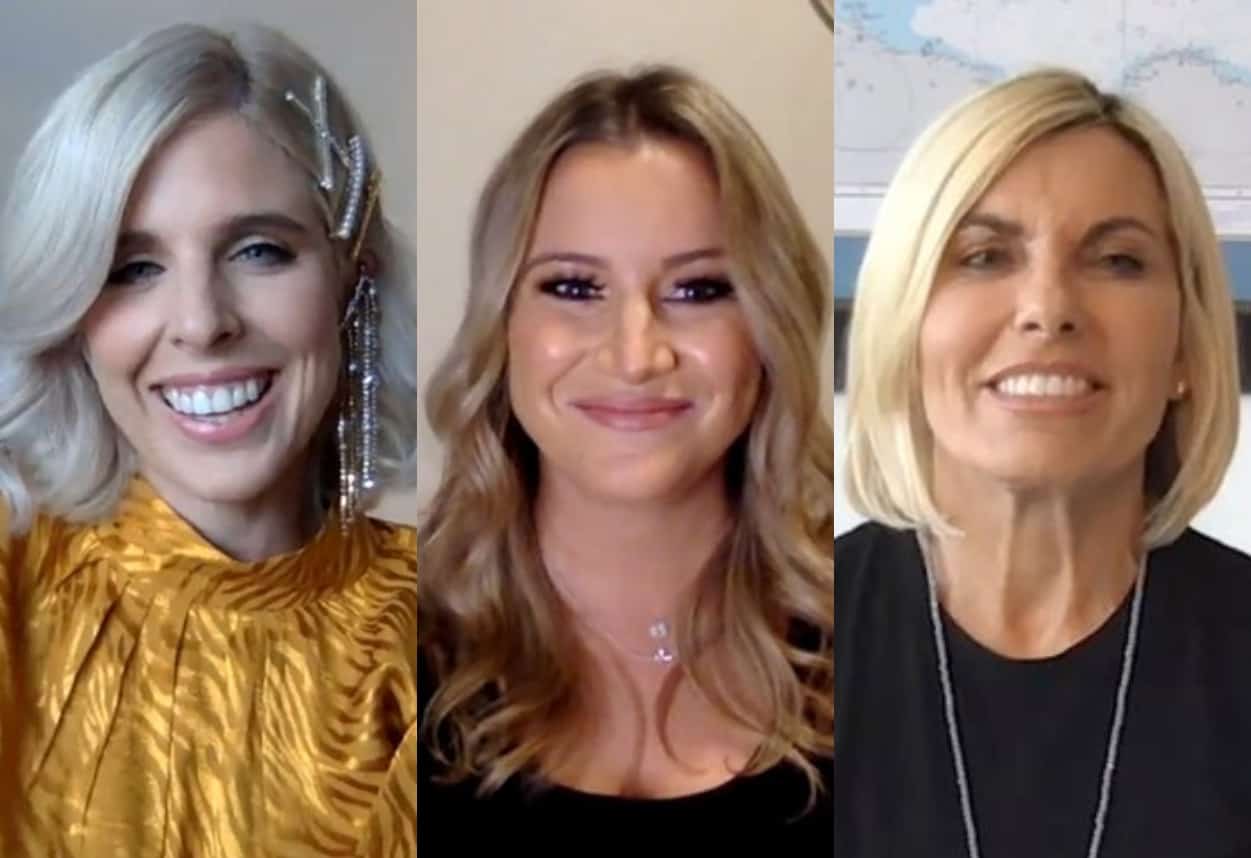 Bugsy Drake admits she doesn’t “agree” with the dismissive comment Captain Sandy Yawn made about Hannah Ferrier, but that didn’t stop her from shading her former Below Deck Mediterranean chief stew on her own.

Bugsy has been making the rounds promoting her new book, The Art of Tablescaping, and during a recent interview, she was asked about Sandy seemingly bragging about being a captain while stating the former chief stew simply “waits tables.”

“I can understand the backlash of like where Hannah stands in terms of saying that she just waits tables,” Bugsy told Us Weekly during a recent interview. “Like I don’t agree with that comment because a chief stewardess goes above and beyond like just waiting tables.”

“They oversee the entire guest experience,” she continued. “Although they’re not driving the yacht, they set up the itinerary, they make sure that their stay on board is just high end and top-notch, they set tables, they wait tables, they look after the crew. I always say the chief stew is like the mother of a yacht. So I don’t think that Hannah just waits tables is a fair comment, but it’s maybe the way that a lot of people might perceive it.”

If fans recall, Hannah and Sandy’s feud reignited when the mother-of-one alleged the captain was unnecessarily competitive with her during her time on the show.

“There was some weird competitive thing she had going on with me,” Hannah said on the Side Piece with Melissa Pfeister podcast in late March. “Which was kind of silly because it’s not two positions that should be competing. But I don’t think we were competing like on our work positions. I think she was competitive with me on the TV side of things.”

Following the podcast, Sandy denied Hannah’s claim as she stated there was absolutely “no competition.”

“There’s no competition with Hannah. I’m a captain and she waits tables,” she snarked as she spoke with Showbiz Cheat Sheet on April 1. “There’s no equal there professionally. I think that’s the part that I think really disturbs her, is her ego.”

Bugsy thinks it’s possible that Sandy’s comment might have been “taken out of context” because they do in fact work in the service industry.

“We are in the service industry and a lot of the time people can relate the service aspects of a stewardess to that of a waitress, which is not a bad thing,” she explained. “I don’t think that people should be up in arms about the fact that she waits tables because I think that a waitress, just like anyone else, has a very tough job.”

She added, “I think that comment might’ve been taken a little out of context in terms and made into a bad comment because I don’t necessarily think Sandy meant it in a malicious way. Her and I have a close relationship and I know that she has a lot of respect for any chief stewardess that works with her.”

Meanwhile, as Bugsy was discussing her natural tablescaping talent in a separate interview, she was asked to name a former co-worker who needs a little extra practice in the tablescaping department.

“I’m sure it’s no surprise, but in my opinion, Hannah needs the most help,” she told PEOPLE.

However, the South African native is fairly certain Hannah doesn’t want the help. She also doesn’t think Hannah will be hopping on Amazon to order her new book anytime soon.

“From what I have heard, she doesn’t plan on buying it as she now pays people to set her tables,” Bugsy quipped. “I’m more than happy to send her a copy free of charge though—maybe it will ignite some inspiration.”