The full Jurassic World: Camp Cretaceous Season 3 trailer for the upcoming return of Netflix and DreamWorks Animation’s hit animated series has been released, which will be available for streaming on May 21. The video features our young survivors in a much more dangerous situation as their plans for survival are challenged by Dr. Wu’s top-secret creation, which is being described as far more terrifying than the Indominus Rex.

Check out the Jurassic World: Camp Cretaceous Season 3 trailer below, along with the new poster!

If you thought the Indominus Rex was terrifying, just wait till you see what Dr. Wu has been cooking up in the new season of Jurassic World: Camp Cretaceous. Streaming on Netflix May 21st! pic.twitter.com/mkyOTzcSIf

In the third season, the campers uncover more details of Dr. Wu’s secret research and must quickly take their fate into their own hands with a dangerous plan to leave Isla Nublar behind for good. But when a tropical storm delays their departure, a lethal new threat quickly closes in on the campers, placing their escape, as well as their lives, in extreme peril.

Set against the timeline of the blockbuster film Jurassic World, Jurassic World: Camp Cretaceous follows a group of six teenagers trapped at a new adventure camp on the opposite side of Isla Nublar. When the events of the film unfold, and dinosaurs are unleashed across the island, each kid realizes their very survival rests on the shoulders of themselves and their fellow campers. Unable to reach the outside world, our six teens will go from strangers to friends to family as they band together to survive the dinosaurs and uncover hidden secrets so deep they threaten the world itself.

RELATED: Steven Spielberg Made Sure Jurassic World Netflix Series Wasn’t a ‘Kiddy Version’ of the Franchise 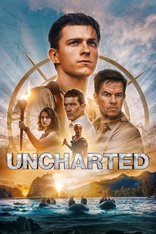