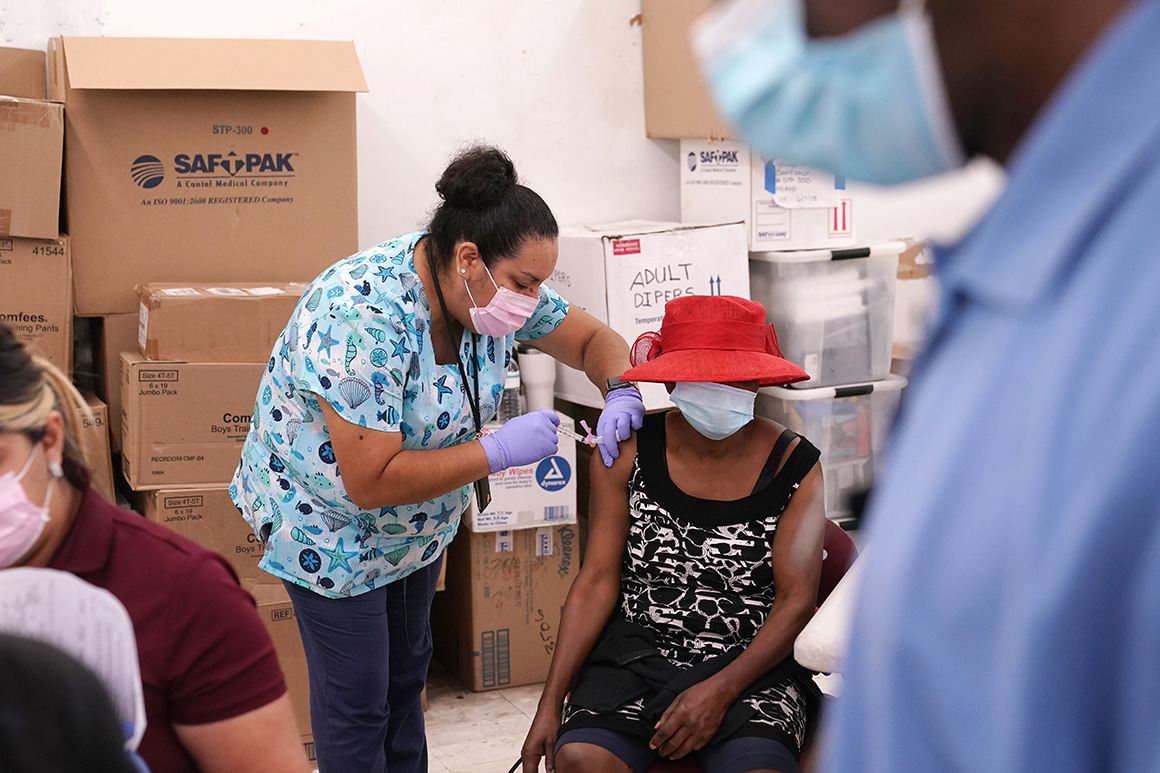 All of the known cases have occurred in women ages 18-48. One of the women died, and another remains in serious condition. But CDC officials said it may be difficult to implement sex-based limits rather than age restrictions. Several European countries have used that approach for a similar vaccine made by AstraZeneca that may also be linked to clotting problems.

The CDC panel, known as the Advisory Committee on Immunization Practices, is not only reviewing the six reported cases of clots among J&J recipients but discussing whether risk of using the shot outweighs the benefit.

The J&J vaccine is convenient to administer because it requires only one dose and can be stored in a refrigerator. But CDC officials noted that the country has ample supply of safe and effective vaccines from Pfizer and Moderna. Those shots use mRNA technology, while Johnson & Johnson and AstraZeneca’s vaccines are based on adenoviruses.

Pfizer and Moderna have each promised 300 million doses to the U.S. by this summer. Pfizer said Tuesday that it is ahead of production schedule and can deliver all those shots by mid-July.

The U.S. can easily use those two shots to vaccinate its adult population, according to White House Covid-19 response coordinator Jeff Zients. But J&J was expected to play a larger role in the country’s vaccination plans by late spring, especially as the United States moves towards immunizing children and considers the potential need for booster shots in the coming months or years.

Aran Maree, who leads Janssen’s Global Medical Organization, said the company has determined that four of the women who developed clots, known as cerebral venous sinus thrombosis or CVST, had low platelet counts. Three of the patients had other blockages, including in the abdomen’s portal vein.

Maree said that an additional clotting case has been reported but specific details are pending. There were also two additional reported CVST cases in two different clinical trials, he said.

Neither the company nor the regulators know whether any of the known cases of clotting involved people who were pregnant or postpartum, but one person was taking oral contraceptives.

Maree said that five of the reported cases — one in a clinical trial and four post-vaccination — were treated with the blood thinner heparin. While heparin is commonly used to treat typical blood clots, scientists say the medicine can exacerbate the type of clots being investigated for links to the J&J vaccine.

The Food and Drug Administration authorized J&J’s single-dose vaccine for emergency use in late March. At the time it noted concerns about blood clots in some trial volunteers, but said there was not enough data to establish a link with the vaccine. Although many of the people who developed clots in the trial had underlying health issues, one 25-year-old man with no prior conditions had a severe case. FDA advised providers to monitor whether more blood clots occurred in the general populations to learn more about potential risks.