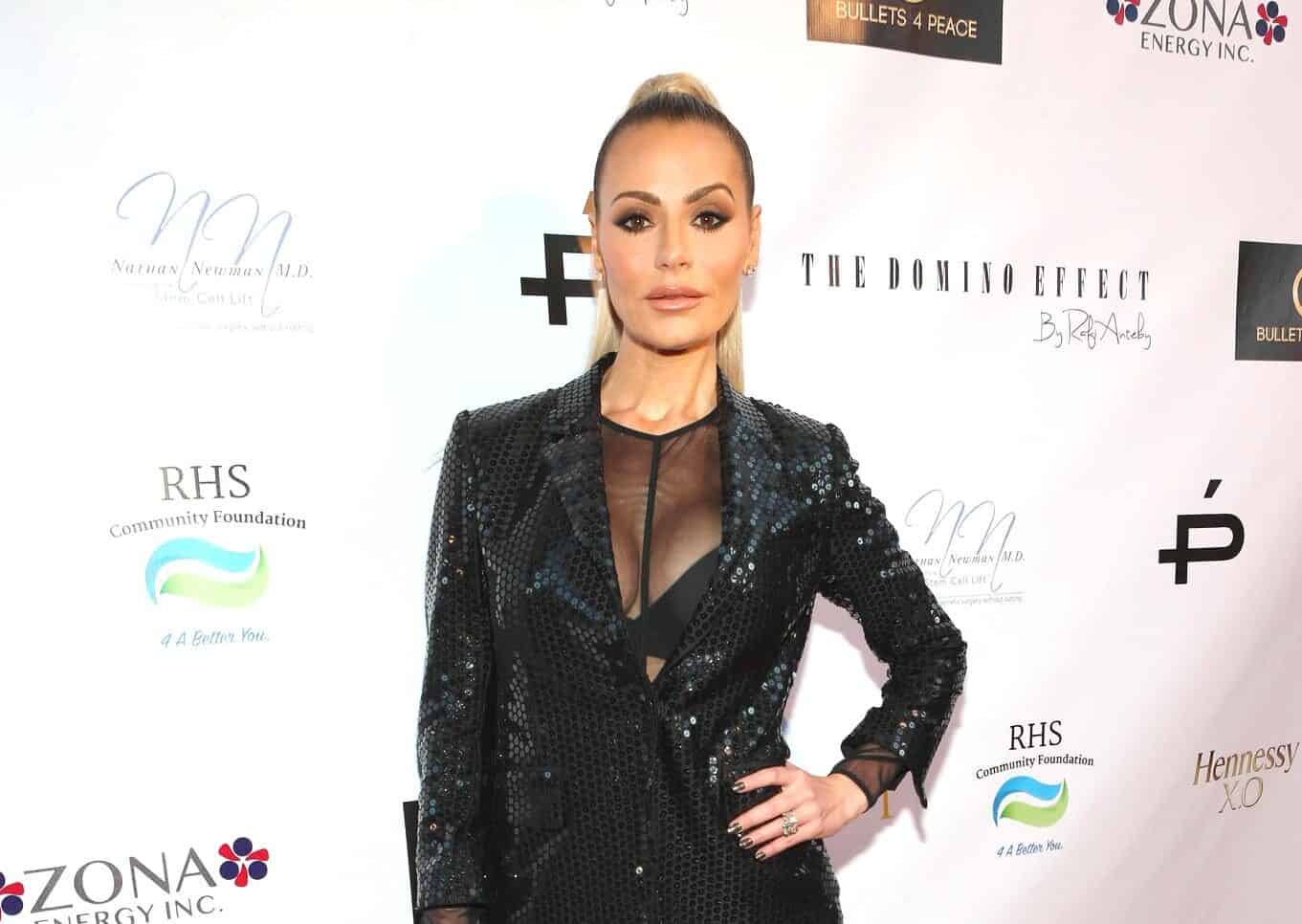 Dorit Kemsley says season 11 of The Real Housewives of Beverly Hills is the “most challenging” season she’s ever filmed as she teases the drama, discusses the newcomers, and admits it was difficult for her to see Erika Jayne suffer.

On April 12, the highly anticipated season 11 trailer dropped, leaving fans wanting more. In a new interview, Dorit was asked about the teaser and the season in general, and the mother-of-two says fans can expect some “intense” episodes.

“It’s an intense trailer; it’s an intense season. There are — much like most seasons — a lot of twists and turns,” she told Us Weekly. “We dealt with some pretty, pretty big stuff this season. And we still managed to have fun, and this was in a COVID year, so it was a different season. But it’s really, really good. It’s always hard to live it, and then you relive it all over again with the rest of the world, and that’s definitely on the horizon. But I definitely can say to the fans, this season’s not going to disappoint.”

Though Dorit can be seen in the preview questioning Erika about the “orphans and widows” she and her estranged husband, Thomas Girardi, are accused of stealing from, the Beverly Beach designer admitted it was difficult to watch her co-star suffer.

“Definitely someone that you care about and a friend of yours that’s going through something really — that’s struggling and it’s big — it’s hard,” she shared. “It’s hard to see someone in pain.”

Dorit also dished on her years-long friendship with newcomer Kathy Hilton, who she believes is a great addition to the cast.

“I’ve known Kathy for a few years, and I have a great relationship with her,” she revealed. “I’ve got an independent relationship with her than with Kyle [Richards]. So my relationship with her isn’t really because of Kyle. We’ve got a lot of mutual friends, and I was very encouraging of her coming on. She is hysterical. I’m very excited for the world to get to know Kathy. She’s very, very funny. I think she brings a great energy to the show and to the group. And I think that everybody’s going to love to see her.”

She was also asked about her relationship with newbie Crystal Kung Minkoff, and it seems the pair actually got along really well and bonded over motherhood. However, Dorit explained that fans would see Crystal face a “few challenges.”

“Crystal, I met for the first time when she came on the show,” she revealed. “I really like her. She’s a mom; she’s got two young kids just like I do. So we have a lot in common there. She’s easy, and she’s down to earth. She’s cool. She’s funny. She’s fun. It’s always tricky and challenging when you join this group for the first year because you’re kind of finding your feet, you know? But I think that she really did blend well with the group quickly. … She has a few challenges with some people, and that will definitely play out. But I think, as far as her and I are concerned, I’ve really taken to her, and I liked her a lot.”

As for Dorit’s storyline, it will seemingly revolve around her relationship with her husband Paul “PK” Kemsley and their two young children, Jagger, 7, and Phoenix, 5.

“I think that with regards to my family and home life, it’s really the challenges that you go through as a couple, as a married couple,” she said. “Even though we were able to come out strong and on top, you’re affected. And I think you’ll see certainly some of the impacts that COVID had on the family and certainly the new venture that I’ve gotten into with the wedding dresses with Nektaria.”

Dorit went on to claim that season 11 was the “most challenging” one for her to film, but she didn’t specify why it was so difficult for her.

“I know, like, I say that, and I think to myself, jeez,” she quipped. “I mean, I have gone through quite a few challenging seasons, so maybe I’ll say that every season, but it was difficult, very difficult at times. And we’ll see that.”