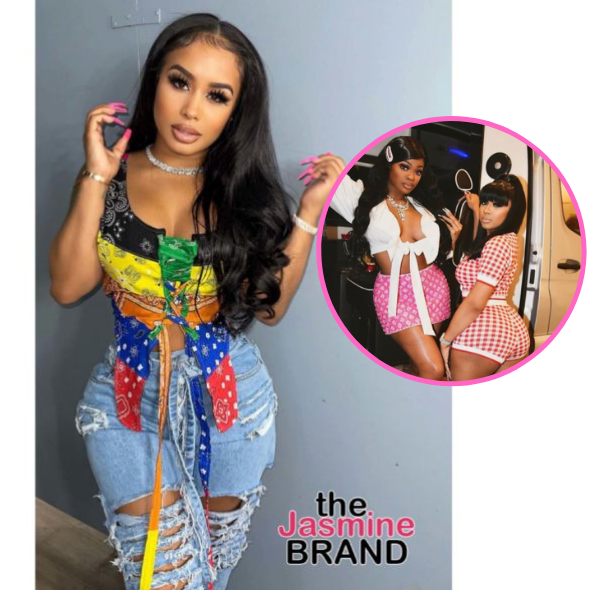 Is DreamDoll wildin’ on her new song?

In the song, the rapper and former Bad Girls Club star proceeded to list off an array of famous women who she wants to be intimate with! She kicks off by name-dropping India Love, Ari Fletcher, and the City Girls:

The rapper did not stop there, as DreamDoll then proceeded to mention Jayda Cheaves, Coi Leray, Lori Harvey, Saweetie, and Teyanna Taylor:

“Yeah I wanna freak Jayda inside of the pink Tayga,/ and tell Coi Leray I’ll be ready to link later./ I’m tryna go crazy on Lori, we can make our own movie. Tell Michael B. Jordan that I’m sorry!/ And where Saweetie at–I kinda like you. Say you a icy girl, well I like ice cubes./ I’m tryna have Teyanna Taylor come b*st in the spot, yeah Iman can come too but he just gotta watch.”

After a short break from name-dropping, she picks back up by listing Draya Michele, Rubi Rose, Keyshia Ka’oir, and Sukihana:

DreamDoll then expresses her attraction to Rihanna and Megan Thee Stallion:

“Real talk, I need Rihanna all this Fenty I copped. I told her one night with me her album never gon’ drop./ I’m tryna ride my b***h Megan like a stallion, do the Crybaby on it, have Pardi in the room like you wildin.’”

“And Mulatto, yeah that’s my lil’ honeybun. Asked her how many times she came she said 21./ Somebody tell Kehlani I want her fingers inside me./ Might call up Jania and tell her meet in the lobby/ And I don’t want no smoke, but I be praying to God [that] one day me, Cardi, and Nicki gon’ have a minaj”

The song can be heard below:

What do you think about DreamDoll’s song? Comment down below to let us know!