Skip to Content
Home Movies Even Monsters Can Be People 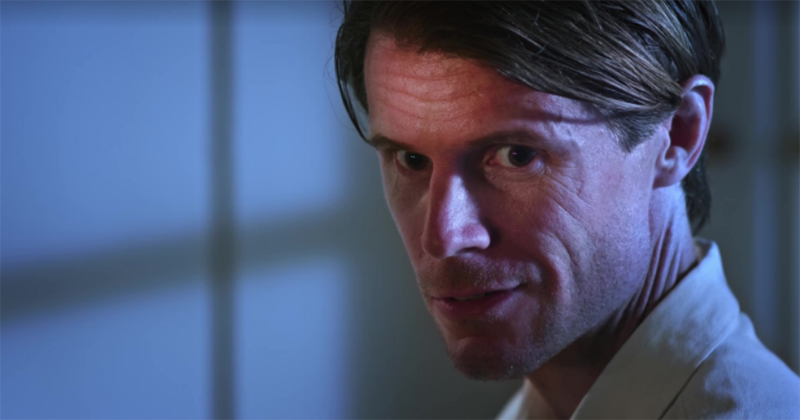 Even Monsters Can Be People is the third film from the Nordic Narrative film collective based in Västernorrland, Sweden. The collective is a team of like-minded filmmakers determined to make professional films with, or without, a budget. Films are pitched and voted for by the team. Production roles are often switched from film to film for members to try out new areas of filmmaking.

Director Kevin Gater told us “The initial concept for Even Monsters Can Be People was triggered after listen-
ing to David F. Sandberg discuss his brilliantly terrifying ‘Lights Out’ short.”

Kevin continued “I was looking to write a horror short and was hooked by the notion of ‘not being alone in the house’. What better way to explore that than from a child’s perspective I thought. A child with a dysfunctional father. The film’s genre is pretty hard to place as it walks a fine line between horror and comedy. I thought it would be fun to play with classic horror tropes, slowly building up the tension, working towards a big reveal. The story takes a plausible scenario and double dips it in the horror genre. I wanted the audience to be somehow led by what they understand from horror genre traits and use that to play upon their expectations.

Having recently become a father myself I became obsessed with the idea of the father role. Especially the crazy stories we tell our kids to better understand the world or to prevent them from being frightened. The ridiculous ways we try to shield them from the true horrors of the world in candy-coated kid-speak.

The film attempts to address the pressure of parenting and the horror genre feels like the best vehicle to amplify the anxiety that comes with it.

Funding for the film came from Film Västernorrland with a budget of 35,000 Swedish Crowns (3,500 Euros). The budget covered the actors, food and set design. The majority of the crew volunteered to work on the film for free. This is the first project that a Nordic Narrative production has received funding. The ability to hire professional actors made a big difference to the end result.

The production was postponed a couple of times while waiting to see if we could afford actors and then 2020 happened.

One of the biggest hurdles was securing a location with ground floor access. The film is set at night which meant blacking out windows to control the lights.

Eventually we filmed over two hot summer days in August 2020. We were lucky to have a large outdoor area to enjoy the sunshine, take of our masks and breathe. Indoors we followed the pandemic guidelines and wore masks whenever necessary. The film was finished in late 2020 and has now begun it’s release to festivals in 2021 beginning in India and USA.

You can keep up to date with Even Monsters Can Be People on their Facebook page.