The war of worlds starts with a secret as Warner Bros. Studios releases the official trailer for the upcoming sequel Fantastic Beasts: The Secret of Dumbledore. View trailer below.

Professor Albus Dumbledore (Jude Law) knows the powerful Dark wizard Gellert Grindelwald (Mads Mikkelsen) is moving to seize control of the wizarding world. Unable to stop him alone, he entrusts Magizoologist Newt Scamander (Eddie Redmayne) to lead an intrepid team of wizards, witches and one brave Muggle baker on a dangerous mission, where they encounter old and new beasts and clash with Grindelwald’s growing legion of followers. But with the stakes so high, how long can Dumbledore remain on the sidelines?

Oh my god! I love it! As many know, I’m a huge fan of Harry Potter and have been a fan of the Fantastic Beasts series, which delves into the Wizarding World beyond the narrative of “the boy who lived” to produce something quite magical to experience within this tale. Now, we finally get the “first look” at Fantastic Beasts 3 and there is a ton to like about it. Plenty of new footage to showcase what this next entry in the series will look like as well as the first glimpses of Mad Mikkelsen as Gellert Grindelwald, who replaced Johnny Depp in the role from the previous two films. All in all, I am very excited to see this movie and to see where the film ultimately pan outs.

Fantastic Beasts: The Secret of Dumbledore  arrives in theaters on April 15th, 2022 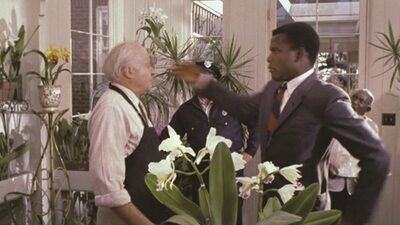