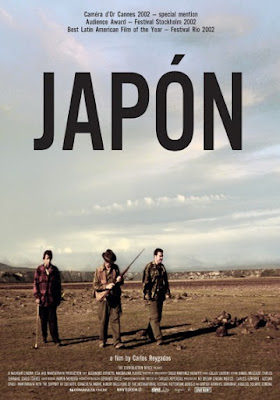 My goal is to observe life and not to
mystify it. What I film is simply matter that exists in the world. A person or
object may have a particular meaning within the context of the film but I don’t
see them as having an inherent conceptual identity. If I say the word ‘tree’,
you don’t necessarily need to see the tree because you have learned since you
were a child how to conceptualize the tree. In most narrative films,
things—whether it’s a bird, a human body, a cloud, a car or a sound—exist as
devices that only serve to tell a story. This is true for the actors as
well. These types of films do not allow the viewer to see the actors as people
existing in the world. Instead, the viewer sees a mask moving around in a
costume and wearing lots of make-up. My goal is to bring out the individuality
of each person or object and to capture something of their essence. I’m not
interested in filming the mask. This is why you see the particular bodies in
the films. If they are not ‘conventional’ —if they are considered old, ugly or
fat—I couldn’t care less; they are all people and they are all equally
beautiful. Filming people as they are is my way of showing them respect.
—Carlos Reygadas,
interviewed by Paul Dallas, in Extra
Extra Magazine (https://extraextramagazine.com/talk/carlos-reygadas-on-existence-the-flow-of-perception-and-the-feeling-of-being-embraced/)

As the above quote
reveals, Carlos Reygadas’ film Japón is different from the films of his
contemporary Mexican directors such as Guillermo del Toro (who made The
Shape of Water and Pan’s Labyrinth), Alfonso Cuaron (who made Roma
and Gravity), and Alejandro Gonzales Inarritu (who made Birdman
and The Revenant), who have won Oscars and wide public acceptance
globally. They are as different as chalk and cheese. Not just Japón but all the feature films of Reygadas,
have ultra-real characters, some with physical characteristics or appearances
that one would not normally associate with the typical actors and actresses in
commercial films. Reygadas’ choice of actors resembles the casting choices of
the famous Italian film director Pier Paolo Pasolini (who made The Gospel According
to Saint Mathew with non-actors, in contrast to the Hollywood Biblicals). Again unlike
his Mexican counterparts, Reygadas’ films are minimalistic in terms of dialogues,
accentuating instead on sounds and visuals to communicate with the viewer,
fusing the internal thoughts of characters with external visuals of nature,
animals and the innocence of children.  The
entire film used first time actors and it is unlikely that a viewer will easily forget their faces. It was shot on 16 mm anamorphic film stock using
2.88:1 screen aspect ratio and blown up. The outcome is amazing for such a
modest technical investment.

Japón is different from all the films mentioned above for other reasons as
well. One, the name of the principal character of Japón is never
revealed. The viewers of the film only get to know visually that he is lame and
needs a walking stick at all times. They get to learn gradually that he is a painter,
that his backpack contains painting material, that he intends to commit suicide
with a gun that he carries with him and that he loves music of Shostakovich (particularly
the composer’s 15th symphony) because you can hear it and that he is not
religious, at least in the conventional sense, because he states as much. He has
evidently travelled from an urban part of Mexico (first sequence of the film)
to a carefully chosen distant rural spot of the country, where he is a stranger
and has no relations. How and why he chose that village is never revealed in the film. The viewer soon realizes that the painter is a man of few words,
observing more than speaking, even when spoken to. Reygadas’ use of Shostakovich’s
15th symphony, which the painter in his film shares with his benefactor
widow, using earplugs, suggesting to her that he could explain the music to her
but eventually does not, made this critic to delve into what was left unexplained.

The history of this piece of music is a story by itself. The composer Shostakovich
(film director Grigory Kozintsev’s close friend and his collaborator on his King
Lear and Hamlet) wrote the music—his last symphony–keeping in mind
the Russian intellectual and film director Yevgeny Yuvtuschenko’s poem on the
suicide of another Russian intellectual Marina Tsvetaeva. Suicide and tragedy
serve as the background of this Shostakovich composition, the painter listens to in Japón. The painter himself is contemplating suicide
while listening to this music.

Shostakovich’s music is not the only music that adorns this beautiful film that finds beauty in what most people would consider ugly (wrinkled faces), mundane (the poor and the dirty, smelly, unhygienic persons travelling in a vehicle together in Japón), or even profane (the extreme lack of comprehension and respect for anything another person considers worth worshipping), Reygadas uses two other composers and specific works of theirs to drive home his point of view. One is Johann Sebastian Bach’s Passion of St. Mathew and the other is the Estonian composer Arvo Pärt’s two works Miserere and Cantus in Memory of Benjamin Britten. (The second composition of Pärt is used for the final sequences with the camera of cinematographer Vignatti circling the rail tracks capturing urban Mexico in the far distance and the flowing river to one side, with dead bodies and stones from the barn strewn around blending in a bizarre and sad way into the landscape.) Reygadas thanks Pärt in the end credits. Pärt’s music is often incorporated in the films of Andrei Zvyagintsev, Terrence Malick, Michael Mann, Paolo Sorrentino, Pablo Larrain, and Leos Carax among others.

Finally, why title the film as “Japan,” most
viewers would ask when there is no apparent connection to that country. Would
it be hara-kiri? Or is it that the landscape of this far away non-descript Mexican
village offers a transcendental beauty with all its stones, trees and cacti connects
with Japan in some obscure manner for one to commit suicide? When the painter
does attempt suicide, it is on a cliff where a horse lies dead. Is the painter
a famous one? Is the book of paintings that he carries in his backpack related
to him? There is no clue offered in the film except that he is excited that his
benefactor widow found one painting in the book to be very nice and he wanted
her to reveal that particular painting to him.

The suicide attempt
triggers off a latent sexual urge and a possible desire to continue living. His
benefactor, Ascen, is much older widow than the painter and she offers him food
and shelter in her stone barn where her dead husband used to sleep. Ascen is a
devout Catholic and explains to the painter that her name is related to the
ascension of St Mary as distinct from ascension of Jesus Christ and even offers
to pray for the painter, when he indicates that he is not religious. But a bond
grows and a particular scene shows her physical trust in the painter as she
extends her hand to him and offers to wash his clothes. That gesture of relationship gradually grows into a physical one with the painter.

A subplot of a
devious nephew of Ascen to deprive her ownership of the stone barn so that
could sell the stones, leads to the painter pointing out that that the barn legally belongs to her. Ascen does not resist the nephew’s wiles. Her visit to the village
church service/mass and her body language would appear as distant parallels to Jesus’ final days on
earth.

Japón starts as a man wanting to end his life.  Japón ends with amazing actions of love and a heavenly
design of ascension of the pure in heart. Ascen, in the film, is developed as an
individual with characteristics close to the Martha of the Gospels, for
viewers familiar with the scriptures, providing food with love to workers who are demolishing her barn and food for a stranger staying under her roof, without being asked. Reygadas might not be religious, overtly.
Yet his films show a depth of religious comprehension (biblical names of his films’ characters and the term “post tenebras lux” used as a film’s title are examples) that few other film directors exude.

Reygadas can and will unsettle the purist, with his unorthodox content. Reygadas does it for a reason. When crockery falls off a table suddenly, a viewer will recall Tarkovsky’s Stalker where a glass of water falls off a table–but here Reygadas relates it to the demolition of the barn, drawing the viewer’s attention to the evil designs of those who only think of themselves while amassing lucre. Reygadas infuses philosophy, politics, racial harmony and uplifting innocence of children in his films, recalling the works of Tarkovsky, Paradjanov, Kozintsev, Kiesolwski, Olmi, Ruiz, Malick, and Kawase.

P.S.  Japón only
won a Cannes film festival special mention but won significant awards
elsewhere: Grand Prize at the Bratislava international film festival, the Best
Director awards at the Thessaloniki and the Edinburgh international film
festivals, and the Best First Work award at the Havana international film
festival and the Audience award at the Stockholm film festival. Reygadas’ later
feature films Silent Light and Post Tenebras Lux have been
reviewed earlier on my blog. The film Japón replaces Reygadas’ Post Tenebras Lux on the
author’s top 100 films list. Reygadas, for this author, is one of the 15 best living-and-active film directors today.