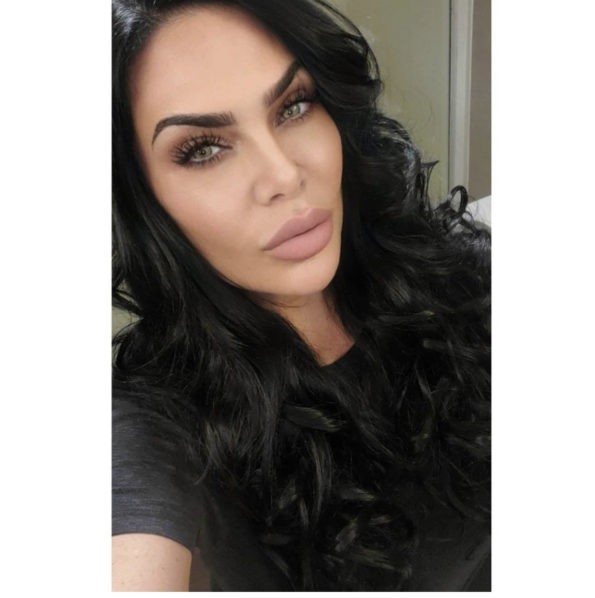 Renee Graziano got into some serious trouble yesterday, and drug addiction could be a possible factor.

Ex-Mob Wives reality star  Renee Graziano, 52, reportedly received a DUI last night (Jan. 5). While driving her 2020 Nissan Murano, Graziano hit a parked 2020 Jeep Wrangler. The accident occurred at approximately 10:19 PM at the intersection of Arden Avenue and Arthur Kill Road in Staten Island, where the reality star is from. 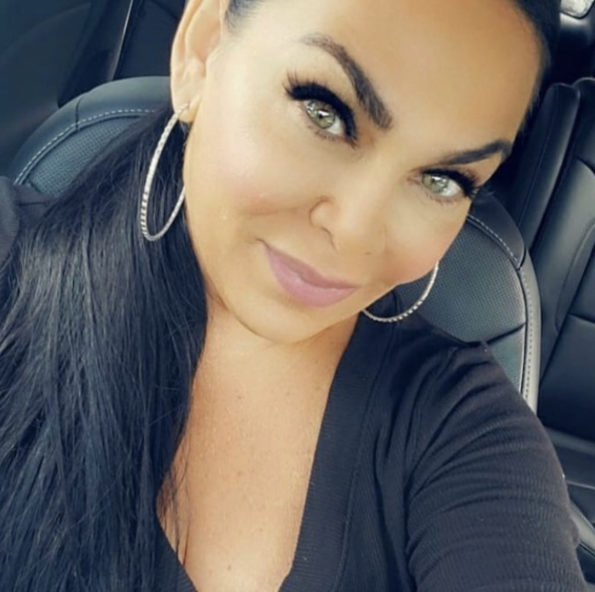 By the end of the crash, her vehicle was on the south side of the artery.

According to reports, Graziano informed police that she’d taken some Adderall earlier. She was allegedly in a confused state with “slurred speech” and “watery eyes.”

When police arrived on the scene, Graziano was reportedly getting out of her car.

They took her to a hospital to get checked out. Later, she was driven to a police precinct, where she was charged for the incident. Graziano was allegedly hit with the misdemeanor crime of operating a motor vehicle while impaired by drugs.

While reports of the accident have been circulating, Graziano has denied the charges. In a recent Instagram post, she wrote:

“All That Chit Chat But No Calls (minus a few) FACT Check People The Internet Is A Blessing And A CURSE..,” 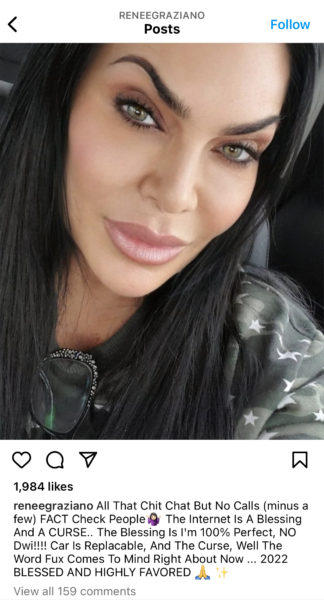 Shortly after, she posted a photo with her father, who passed away in 2019. She captioned the post:

“My Personal Angel. I Love You Daddy. Like You Say ‘Tough Times Dont Last TOUGH People Do’ #HereToStay#Graziano.” 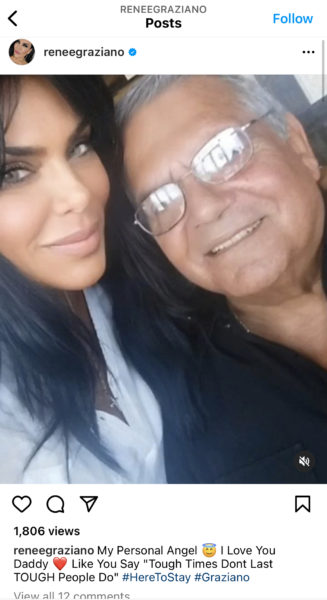 If true, this wouldn’t be Graziano’s first time having issues associated with drugs. In 2016, Graziano’s sister, Jennifer told media outlets that she’d entered rehab for depression. 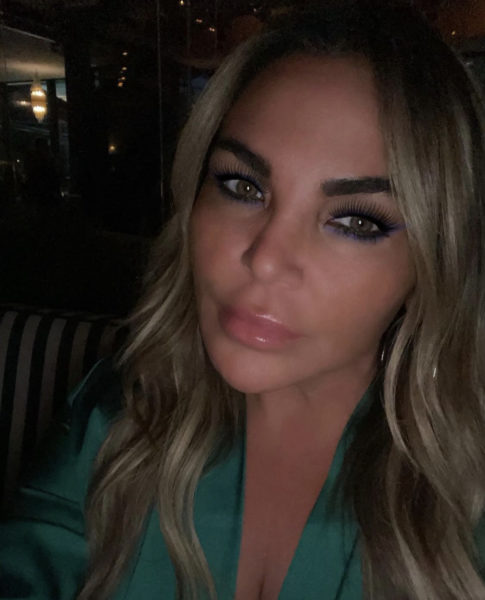 Her sister also hinted at drug abuse, stating that she also had “some things that she has to work out.”

It was reported that she was struggling with depression and drug addiction at the time of the crash.

Renee Graziano was a part of the original Mob Wives cast, which aired on VH1 from 2011 to 2016. She is the daughter of the late Anthony Graziano, who was a mobster with the notorious Bonanno crime family.

Are you surprised by Renee’s DUI? Leave us a comment and let us know.