The wait for the season 11 reunion of Bravo’s The Real Housewives of Beverly Hills is almost over – and a teaser shows that the drama doesn’t disappoint.

At one point in the season, during a party at Lisa Rinna’s home, Dorit Kemsley called Garcelle Beauvais a “bully.”

Things escalate even further in a teaser for part one of the reunion as Dorit Kemsely confronts Garcelle Beauvais again.

“You don’t say much when we’re together or to someone’s face, and then you’ll say it in the confessionals.”

“You said you want her to be direct but then you accuse her of throwing darts.”

“Oh please… I said you talk too much. You go for my integrity and call me inauthentic and called me a bully. Which you apologized for so we’re gonna put that aside, and we’re really gonna put it aside. I’m not gonna bring it up again.”

Sensing her tone, Garcelle tells her,

“Garcelle, I’ll do whatever I want. Don’t you tell me to do anything. Okay? Thanks”

“I can say anything I want to say.”

Refusing to back down, Lissa Rinna tells her,

Garcelle Beauvais, who joined as the first full-time black cast member on RHOBH in season 10, trended on Twitter this afternoon (Wednesday, Oct. 13), as fans reacted to the exchange.

Me to Lisa after watching her speak to Queen Garcelle like dat #RHOBH pic.twitter.com/Bw6hrbAci5 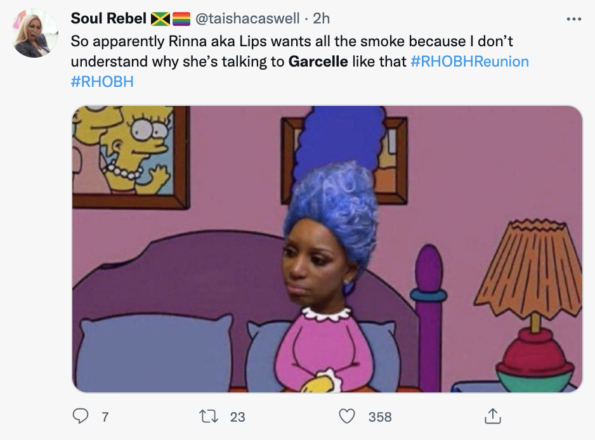 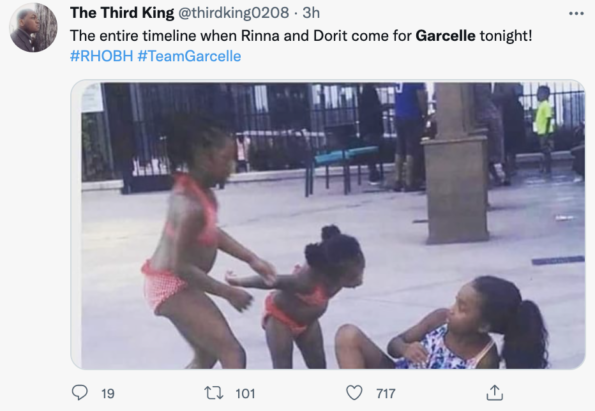 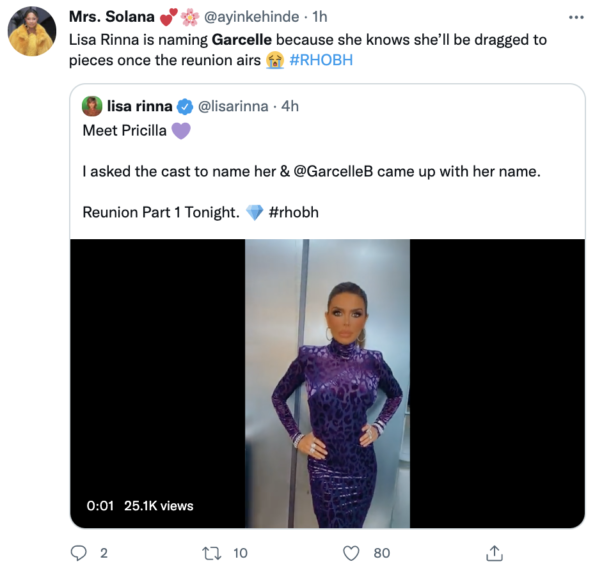 What are your thoughts on the clip? Comment and let us know.