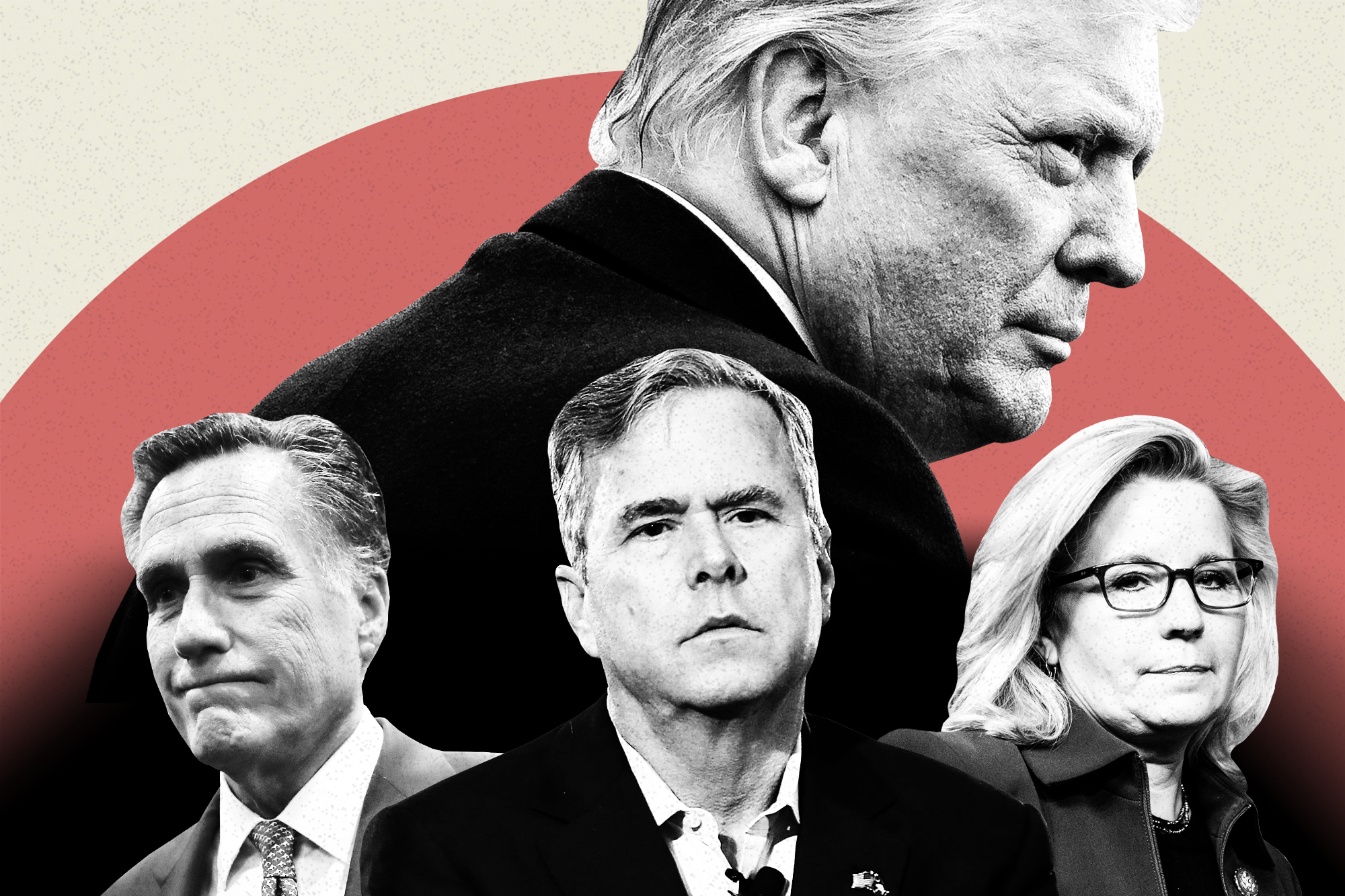 It’s the clearest sign that the modern Republican Party hasn’t just broken with its traditionalist past. It’s shredding every vestige of it.

“It’s a tragedy,” said Arne Carlson, a former two-term Republican governor of Minnesota. “The problem with the revolution is they continue to get more and more extreme. Whereas Liz Cheney was on the right, she now finds herself being pushed into the middle and, ultimately, off the cliff.”

As a prominent link between the old GOP and the new party of Trump, Liz Cheney is more than just another name on Trump’s enemies list. If his supporters in the House ultimately oust the Wyoming Republican from her leadership post, as expected, it will mark the repudiation of decades of Cheney family influence on the Republican party, dating back to her father’s time in the Nixon and Ford administrations, in GOP House leadership and as vice president.

Trump’s erasure of the institutions of the pre-Trump GOP was, of course, the promise of his presidency — his anti-establishment fervor a feature of Trumpism, not a bug. Long before Trump ran for office, he publicly criticized Ronald Reagan, called Pat Buchanan a “Hitler lover,” and wrote of the Bush family in 2013 that “we need another Bush in office about as much as we need Obama to have a 3rd term.”

Even so, Trump’s feats of political engineering — his felling of family legacies that once defined the party — are remarkable. He has almost single-handedly managed to sever the Bush family line, brutalizing “low energy” Jeb Bush, then the Florida governor, in the 2016 primary and depriving the Bush dynasty of a third presidential nominee. Once in office, Trump even described himself as a “far greater” president than Reagan.

“He shits on everybody, even former presidents,” said Mark Graul, a Republican strategist in Wisconsin who oversaw George W. Bush’s 2004 campaign in the state.

Cheney, he said, just “happens to be the daughter of the [former] vice president.”

For the GOP’s base, it doesn’t matter who Cheney’s father is, or that she herself is the highest-ranking Republican woman in House history. The party that was once grounded in tradition is, after four years of Trump, in the process of abandoning the modern pillars it’s built on.

Prompted by Trump’s longstanding animus toward Romney, a measure by Utah Republicans to censure the senator failed over the weekend. But Republicans in his home state still booed him at their party convention. Afterward, Trump wrote, “So nice to see RINO Mitt Romney booed off the stage at the Utah Republican State Convention. They are among the earliest to have figured this guy out, a stone cold loser!”

There’s Sen. Lisa Murkowski, the daughter of Frank Murkowski, the former U.S. senator and governor of Alaska. After Murkowski voted with six other Republican senators to convict Trump at his impeachment trial — repeating Cheney’s sin in the House — Trump pledged to travel to Alaska ahead of the 2022 midterm elections to campaign against “a disloyal and very bad Senator.” The Alaska Republican Party censured her in March.

And then there’s George W. Bush, Bush’s former vice president, Dick Cheney, and Cheney’s daughter Liz. In his deconstruction of that lineage, Trump has not only ostracized Cheney for her impeachment vote, but repeatedly branded her as a “warmonger,” as he did again on Wednesday, revisiting the wounds of the Iraq War and capitalizing on the schism between the party’s non-interventionists and neocons.

Taking stock of the rift between Trump and the Cheneys, Richard George, a former Republican National Committee member from Wyoming said, “I think that family politics has made a mistake, and I think Liz made a mistake.”

“Most people in Wyoming, they like the Cheney family, but they’re really disappointed with the way Liz voted in the impeachment hearing,” he said.

If the result is that Trump undoes the Cheney legacy — or others — he said, it will be cause for celebration, not grief.

“The undoing of political dynasties,” George said, “is a great thing.”

Trump himself, however, is not averse to dynastic politics — that is, if it involves his own family. The former president’s children are fixtures in the MAGA world and could have political futures. Lara Trump, Trump’s daughter-in-law, has considered running for a U.S. Senate seat in North Carolina, and Donald Trump Jr. is liked by activists enough that he finished a distant third in a 2024 presidential straw poll run without his father’s name on the ballot at the Conservative Political Action Conference in February. Ivanka Trump drew frequent mention as a prospective primary opponent to Florida Sen. Marco Rubio until passing on a bid earlier this year.

Trump’s former campaign manager Brad Parscale once predicted the Trumps would become “a dynasty that will last for decades.”

But that’s a Trump dynasty. The old dynasties — the ones that were rooted in an ideological or governance brand, rather than in a style or personality — have been torched.

The scions of traditional political families who have survived have largely done so by choosing Trump when it came to a dispute between the former president and their families. George P. Bush, Jeb Bush’s son, is still a viable politician in Texas, the Trump-supporting state where Bush is the state land commissioner. But that would likely not be the case if he hadn’t split with much of his family and endorsed the former president.

Mitt Romney’s niece, Ronna McDaniel, the chairwoman of the Republican National Committee, is in Trump’s good graces. But she had to break with her uncle’s criticism of him — and jettison the family name — to stay there.

“In the electorate, I think that there is a growing distaste for political legacies because it provides a hint of elitism that’s going out of style,” said Mark Weaver, a Republican strategist and former deputy attorney general of Ohio.

For Cheney, he said, “She inherits both the enemies and the friends of her father, and in this modern Republican Party, there are more enemies than friends.”

That’s a Republican landscape turned upside down from where it stood before Trump took office — so much so that some legacy Republicans who have not traded their moorings for Trump hardly recognize the party anymore.

“It’s not exactly my vision,” Bush said. “But, you know, I’m just an old guy they put out to pasture.”

Cheney has not been discarded yet. But a vote to oust her from her position at the House GOP conference chair — a post once held by her father — is expected to come next week. And Trumpian Republicans are already preparing to challenge her in the Wyoming primary next year.

In part, that’s an outcome Cheney could have expected. Hal Daub, a former Republican congressman from the neighboring state of Nebraska who served in the House with Dick Cheney, said if Liz Cheney believed that the party could “sort of disconnect from Trump,” as she has suggested, “then she’s smoking dope.”

In her leadership role, he said, Cheney had an obligation “to toe the party line” as it related to Trump — and say less about their points of disagreement.

The party’s willingness to punish Cheney for not doing so is a major part of Trump’s own legacy. But that endowment — dependent largely on Trump’s whims — is more malleable than the establishment lines the GOP is hacking off in service to him.

Carlson, the former Minnesota governor, has some experience with being banished by the GOP, hung out to dry by his own state GOP for his moderate politics in 2010. In a party that is wholly Trump’s, he said, no legacy — and no politician hoping to create one — is safe.

“What [House Minority Leader Kevin McCarthy] doesn’t realize is he may be the next one to go,” Carlson said. “The people who set the guillotines in motion ultimately have their necks under it, as they get into these endless battles about who’s more loyal, who’s more pure.” 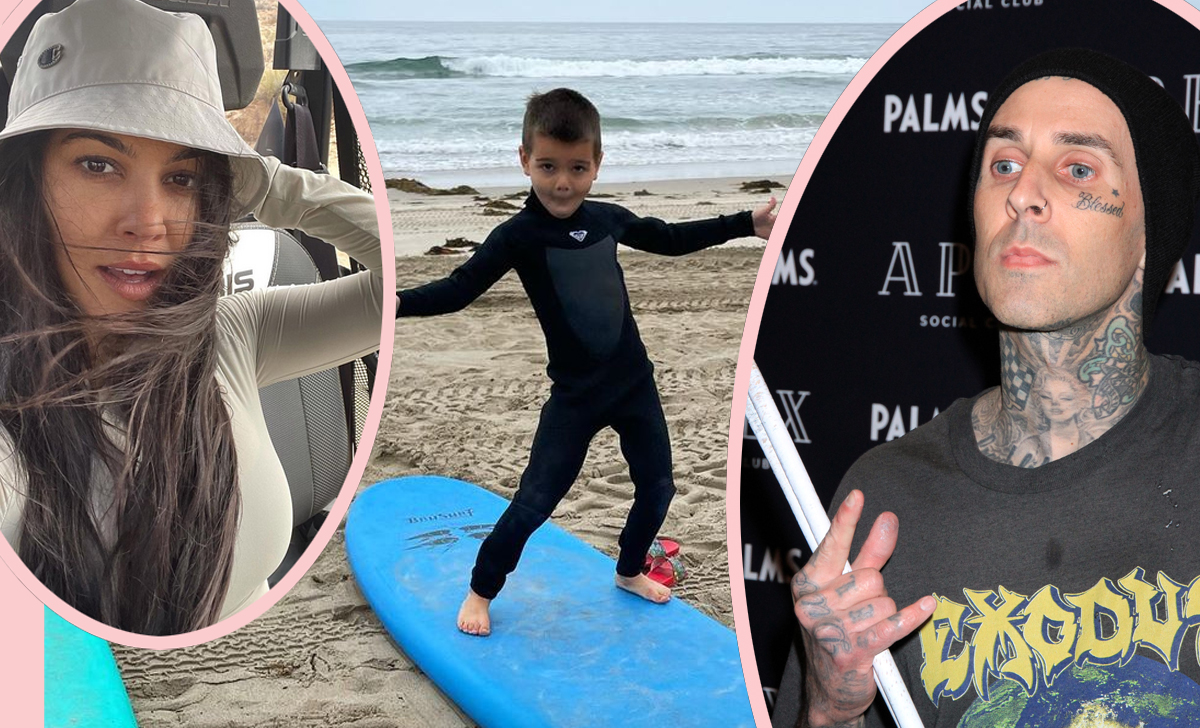