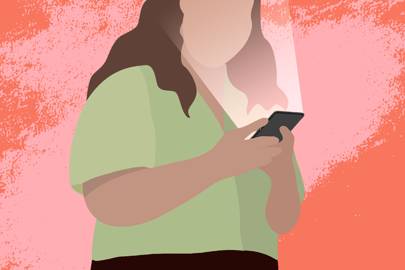 The UK has a rape culture problem. In case you were in any doubt of that, take a few minutes to read some of the testimonies on the platform Everyone’s Invited. It was founded by 22-year-old Soma Sara, after she took to her Instagram in June 2020 to post about her experiences on the reality of being a school girl in the UK. “It was only after years of reflection and from chatting to my friends long after these events that I realised how prevalent rape culture was in school. I received hundreds of replies to that Instagram post and it gave me a sense of the scale of the problem,” she says.

The outpouring that Soma received prompted her to set up Everyone’s Invited. On 8 March 2021 (International Women’s Day) she asked her community to anonymously submit their testimonies on the website with the goal of eradicating rape culture and finding a path towards reconciliation. Within weeks the site has already received more than 14,404 testimonies (at time of writing) and has been described as potentially “the biggest explosion in sexual abuse since Jimmy Savile”.

The range and spectrum of the incidents outlined in the testimonies is truly shocking. It makes for painful and distressing reading and is difficult to put into words. Girls describe being groped on public transport while in their school uniform, being harassed for nudes and blackmailed by school mates, being filmed while being raped by several boys and then being shamed and humiliated with videos of the incident posted on social media. Phones, social media and tech platforms are used as a weapon with nudes of girls being distributed on Google drives, for example. It sounds like anyone’s worst nightmare. But for school girls (and boys) all over the country, it is part of everyday life.

“The solution seems so simple,” adds Naomi. “the Government needs to legislate so that pornography sites have to put their material behind a paywall or require age verification. Platforms that distribute the material should also be held accountable. A newsagent would be prosecuted for selling an adult magazine to a child, so why is Google any different? The material online is much more hardcore.”

It’s shocking that the government has let it get to this stage and hasn’t taken responsibility for safeguarding our children online.

The porn industry and age verification companies had spent millions getting ready. But the government ended up kicking it into the long grass by moving the plans over to the Online Safety Bill instead. “This is a terrible day for UK children,” wrote child safety expert John Carr at the time. He interpreted the change of plan as the government “condemning Britain’s children to being exposed to horrific scenes of sexual violence for a further two, three, maybe four years” and said that the law could easily have been introduced and than adjusted as part of the Online Harms White Paper.

A newsagent would be prosecuted for selling an adult magazine to a child, so why is Google any different? The material online is much more hardcore.

Girls feel undermined by pornography which objectifies them and promotes engaging in sex that is painful or degrading. They feel pressure to perform and look a certain way with large breasts and shaved bodies.

For young women like Soma Sara providing a platform for people to speak out is just the first step. She believes the emphasis should be on education and not only on restricting adult content. “It’s 2021 and it feels like we have gone backwards rather than forwards. We’ve been living in a shame culture that stigmatises speaking out about sexual violence and rape culture. Everyone’s Invited is performing a function by allowing people to verbalise their trauma. It’s offering a sense of catharsis and empowerment. These testimonies are really only the tip of the iceberg.”