The Gladiator, directed by Ridley Scott, is a tremendous historical period drama set in 180 AD. It’s a story that revolves around the life of a Roman Army General, Maximus Decimus Meridius (Russell Crowe). After a victory triumph against Germanic Barbarians, Maximus wants to head back to his home to harvest and see his wife and son waiting for him. The plot takes a turn showcasing emotions of greed for power, vengeance, and betrayal soon after the elderly Emperor Marcus Aurelius (Richard Harris) chooses Maximus over his son Commodus (Joaquin Phoenix) to rule Rome and make it free from corruption.

Caesar says that his son has not been a moral man and cannot succeed him after his death. The father’s decision upsets Commodus, and he decides to murder Maximus’s family and his father.

“I would have butchered the whole world if only you would have loved me,” he says while strangling him to death.

Is Gladiator Based On True Story?

Gladiator is inspired by 1958’s book Those About to Die (earlier titled The Way of the Gladiator) by Daniel P. Mannix. A significant part of the movie has been a work of fiction, but the major events are drawn from Rome’s real history. The characters such as Marcus Aurelius and Commodus exist in Rome’s history that have been written in the script with some creative liberty. Although, some historians believe that in real life, the Emperor had died of the plague. Some movie scenes have also been inspired by Anthony Mann’s The Fall of the Roman Empire (1964). 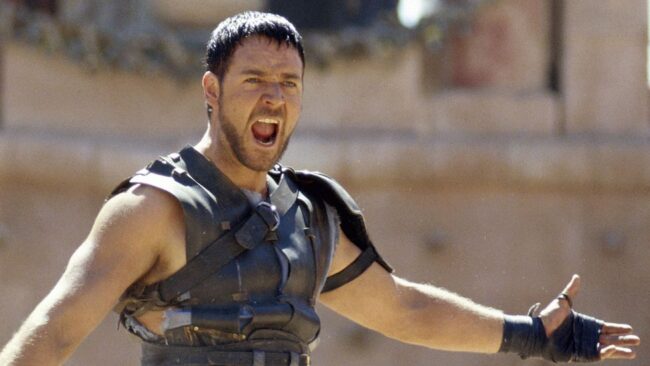 Who Was Maximus, played by Russel Crowe?

The Maximus Decimus Meridius in Gladiator is entirely a fictional character created with the purpose of entertainment. But the Maximus’s character is inspired by several historical generals and Roman senators such as Avidius Cassius and Marcus Nonius Macrinus, respectively. Avidius Cassius was declared an emperor after Caesar’s death, but his soldiers ultimately killed him. On the other hand, Commodus was not killed in an arena by Maximus as shown in the movie but was indeed murdered by a wrestler called Narcissus.

Maximus’s character is extensively inspired by a Roman Senator named Marcus Nonius Macrinus in the reign of several emperors, including Marcus Aurelius. As per the historical facts, both the real and reel characters of Maimus were liked and trusted by Caesar Marcus Aurelius. In the film’s script, Maximus shares the same period of time with Marcus in ancient Rome. However, in real life, Marcus had enjoyed a great career and had died a peaceful and content death. It seems that Maximus was not entirely created by considering one prominent personality.

How was Commodus In Real Life? 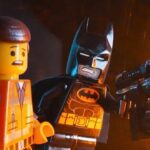 The real Commodus was the complete opposite of what has been portrayed in Gladiator. He was more self-centered, strange, and a maniac than the emotional psychotic version shown in the movie. According to historians, Commodus was obsessed and so much in love with himself that he had changed the name of the ‘Rome Colonia Commodiana’ to ‘Colony of Commodus’. He even went ahead and renamed the months in a year to the names that honored him. Commodus had also chosen the term ‘Commodianus’ to address the people of Rome. Commodus’s attempts to follow his father have been ridiculed by the aristocratic or the upper class.

Gladiator and The Historical facts

Gladiator is not a true story and mostly based on historical study and events. Most of these historical facts on which the movie is based are inaccurate. The several characters are fictitious except Commodus, Lucilla and Marcus Aurelius, which are real.