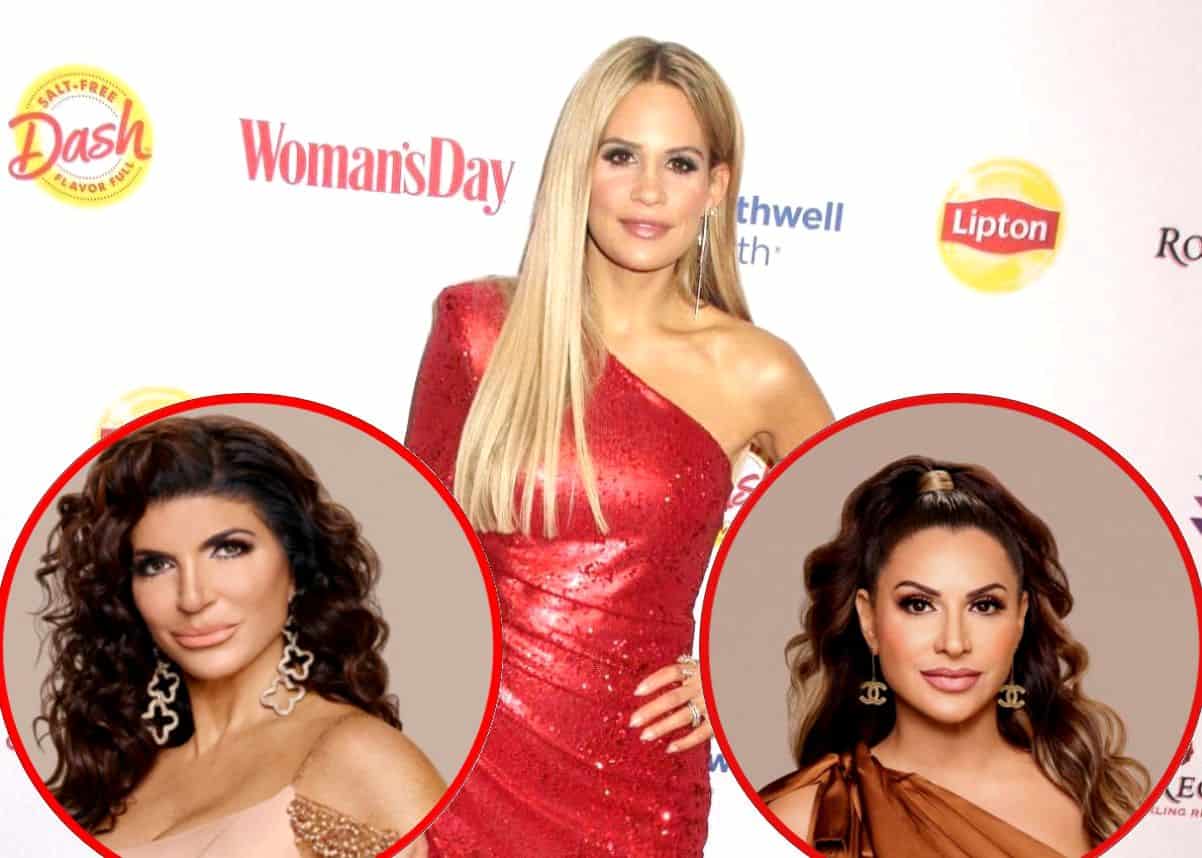 Jackie Goldschneider is weighing in on her short-lived reconciliation with Teresa Giudice.

Following the latest episode of The Real Housewives of New Jersey, which featured the two women enjoying one another’s company after weeks of tension, Jackie revealed what the cameras didn’t see while also dishing on their future and questioning why Teresa didn’t come to Jennifer Aydin‘s defense amid Margaret Josephs‘ verbal attack.

“I was so happy to not be in the middle of a fight,” Jackie recalled of her time with Teresa on the RHONJ: After Show this week. “I think at one point I was enjoying the peace and the wine so much that I vaguely remember in the back of my head taking Teresa’s hand and being like, ‘We’re a team now.’ I don’t know if that made it into the episode but I was f*cking giddy.”

Jackie’s reconciliation with Teresa was a long time coming and something Melissa Gorga related to completely.

“I used to have major arguments with Teresa and when we would make up, I would drink myself into oblivion because I was just so happy because it’s so straining and it doesn’t stop that you’re like, ‘I just want to be happy,’” Melissa explained.

While Jackie and Teresa had a great time during Wednesday’s RHONJ, Jackie doesn’t believe a friendship could ever blossom because Teresa doesn’t like her “at all.”

“I don’t feel like we could ever have a friendship but I am open to us moving past this nonsense and this grossness,” she shared. “I would love [a friendship] but I just don’t think that’s in our cards and I’m very okay with it. But I would love to stop having this animosity one day.”

During another segment of the RHONJ: After Show, Jackie put a spotlight on Teresa and Jennifer’s relationship, pointing out that while Jennifer is always quick to have Teresa’s back, Teresa sat in silence amid her feud with Margaret.

As for Teresa and Jennifer, they appeared happy with the dynamic of their friendship.

“Jen’s been my friend since she started the show. I love Jen. She’s like a true friend,” Teresa said.

Meanwhile, Jennifer insisted that their relationship wasn’t as one-sided as it may seem.

“We defend each other. Teresa defends me too,” she stated.