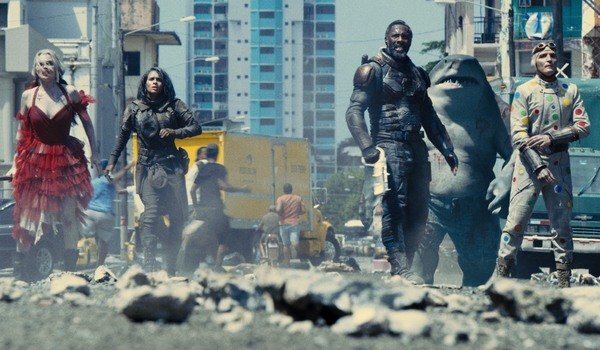 The Suicide Squad has hit theatres and HBO Max to pretty good fan response. Many are saying the film is some of James Gunn’s best work, and if nothing else, it was a ton of fun to watch. I really loved it, and although the movie had some heartbreaking moments, Gunn actually said his original pitch ended in a much darker manner.

In a recent interview with The Hollywood Reporter, Gunn said:

“I mean, that was my original pitch to Walt [Hamada] and Toby [Emmerich] over at Warner Bros. I brought in pictures of all those guys because I knew it would be hard to keep track of. So I brought in all these photos from the comics of all the different characters that are on team one, team two, and Starro. And the pitch was almost exactly what the movie was. There’s actually a little bit of a darker ending to the pitch that changed, but besides that, everything was exactly the same. It was just as edgy as it is in the movie itself.”

So, he doesn’t really get into what that darker ending entails, but maybe we can assume even more carnage among the squad?! Not many characters made it to the end, and some of those losses were truly devastating, but is it possible there was only one or two left standing originally? I think it’s safe to assume, and I’m so glad that wasn’t the case. The film definitely had some high stakes, and while not all the favorite characters made it out alive, we did have some justice when all was said and done.

Did you like the way the movie ended? If you haven’t seen it yet, The Suicide Squad is currently playing in theaters and on HBO Max.