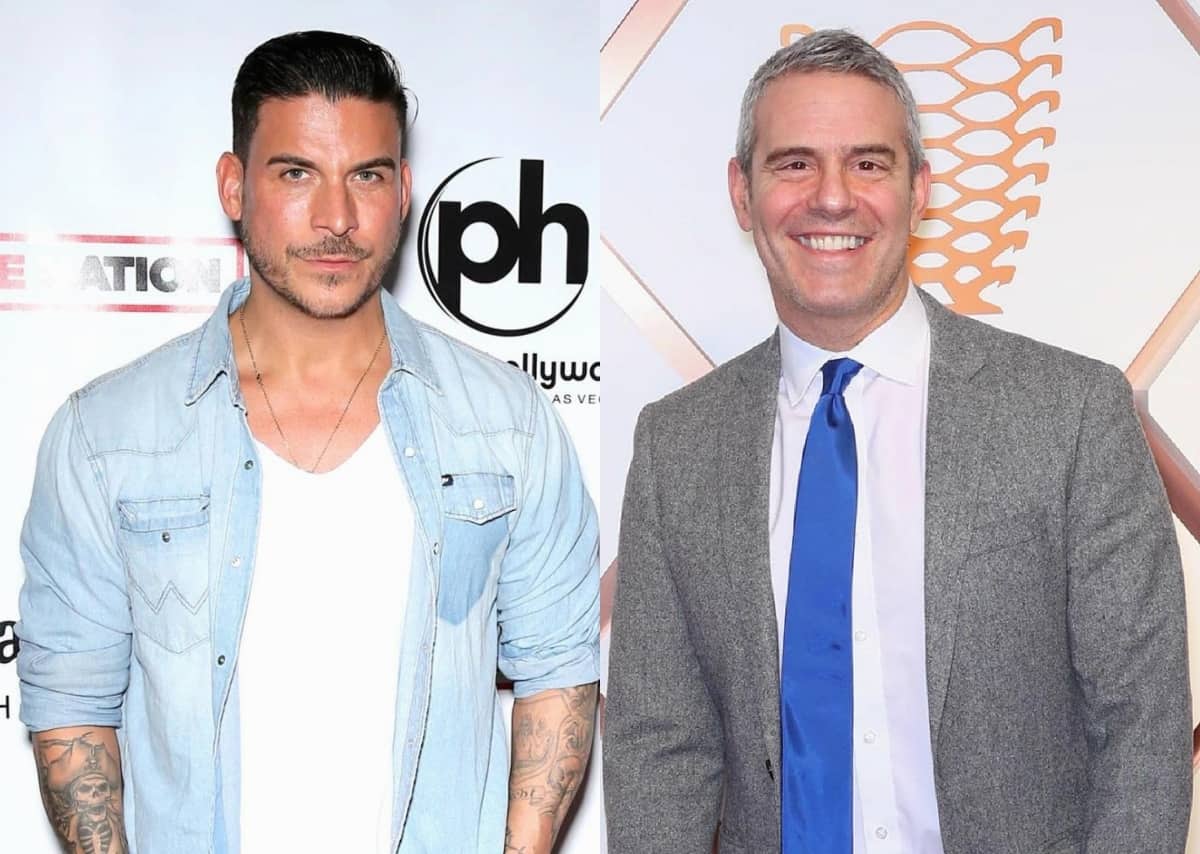 Months after he and wife Brittany Cartwright confirmed on their Instagram pages that they would not be participating in the upcoming ninth season of the Bravo reality series, Jax took to his IG Stories, where he posted a DM sent to him by the Bravo exec.

“Not sure if I ever shared this, but I thought this was really nice of Andy…,” Jax wrote in the caption of his May 7 post.

In Andy’s message, he had written, “Incredible run, dude. Amazing show and you were always the best, greatest sport. I have loved having you on [Watch What Happens Live] and being on this ride with you.”

Also in Jax’s caption, he added, “Have a great season… bud!” 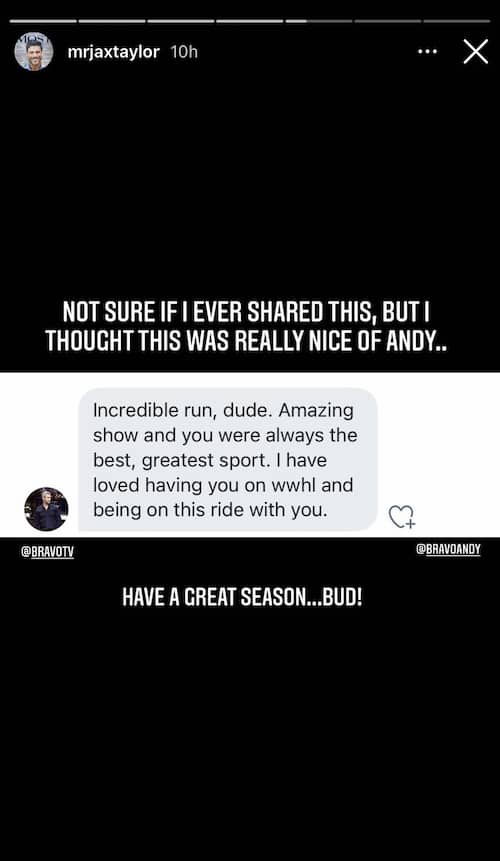 As fans may recall, Andy addressed Jax’s exit from Pump Rules days after his announcement was shared, saying that he will go down as one of the “biggest reality stars” during an episode of his SiriusXM radio show, Andy Cohen Live.

“Jax created so much story, drama, conversation in his eight years on that show,” he explained. “[And] every time he came to Watch What Happens Live, he was always in the middle of some sh*t storm on the show and we just would roast him mercilessly.”

“He always took it like a man,” Andy admitted. “There was always stuff that we were confronting him about, and he took it.”

During the same episode, Andy called the remaining members of the show “solid” and said he was “excited” for what the new episodes will bring.

Vanderpump Rules season nine will premiere on Bravo this fall.