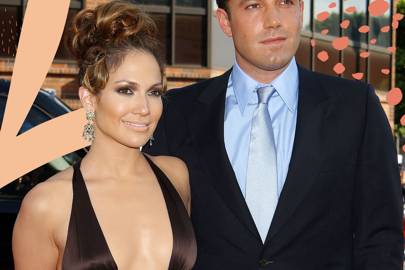 This week there is only one story dominating the land of A-list love – the possible rematch of one Ms Jennifer Lopez, (recently split from her fiance, Alex A-Rod Rodriguez) and one Mr Ben Affleck, (he of public battles with alcoholism, failed marriage with Jennifer Garner and a recent brush with Internet dating that landed him being exposed in a rather squirmsome video on TikTok by a much younger woman whom he had attempted to woo on celeb dating app Raya).

The former fiancees, who split 17 years ago, sent the internet into meltdown following pictures of the pair having spent a week together in Montana (where Ben has a home) and returning to Los Angeles via private jet.

Back in the early Noughties, ‘Bennifer’ (one of the original celebrity hybrid monikers that spawned, ‘Brangelina’, ‘TomKat’ and ‘Kimye’) were one of the most talked about couples on the planet, with a whirlwind engagement (complete with WHOPPING £1.2million pink diamond engagement ring), gushing displays of affection, followed by an abrupt postponement of their nuptials in 2003, just days before it was due to take place. Entertainment writer, Nadia Cohen, met the couple back in 2002 and interviewed Jennifer. Here she looks back on Bennifer 2002 versus Bennifer 2021 – and recalls an astonishing incident involving that engagement ring….

The ultimate ’90s power couples you’ve probably forgotten about, but that were absolutely iconic

The life of a showbiz reporter is nowhere near as glamorous as it sounds.

For a start there is an awful lot of hanging around in the cold. Which is why, on a freezing December evening in 2002 I found myself shivering on a red carpet in New York hoping for a glimpse of Hollywood’s newest power couple – Bennifer.

And now it seems the gods of showbiz love have seen fit to reunite Ben, 48, and Jennifer, 51, who were spotted together over the weekend after a week’s break in Montana, I can’t help but recall how loved-up they were way back when it all began – and wonder if they’ll make it last this time round?

For this startling reunion has led us all to suspect they have secretly adored each other all along.

And let’s be honest here people, clearly neither of them can stand to be alone for long (they’ve barely been single since splitting in 2004)
Meanwhile Hollywood insiders are busy speculating that they are both ‘in love with love’, ‘addicted to passion’ and have a ‘constant need for adoration’.

But back in 2002, the couple had just announced their whirlwind engagement and were due at the premiere of J-Lo’s latest movie Maid In Manhattan.

A listers rarely grant us more than a wave and a bland remark about loving their craft, but J-Lo seemed in a surprisingly giddy mood that night.
Gliding towards the press pen in a pale pink ruffled gown, she was grinning like the smiley face emoji.

But Ben, clearly in no mood for small talk just weeks after popping the question, pecked his fiancé on the cheek and made his way inside the Ziegfeld Theatre, leaving her to field the flashbulbs alone.
As a reporter for US celebrity magazine InTouch Weekly, the pressure was on me to get a chat with J-Lo.

And so, when the singer was near enough, I shrieked at the top of my lungs: “Congratulations! Can I see the ring?”

To my absolute astonishment she stopped, held out her left hand and almost blinded me with the glint of that spectacular Harry Winston 6.10 carat radiant cut pink diamond ring, which set Ben back £1.2 million.
“Wow,” I gasped like a starstruck loon. “Is it heavy?”

Instead of rolling her eyes at my frankly moronic question, she giggled: “Wanna try it on?”

Something about Popes being Catholic crossed my mind as she handed it over. I have never held anything so valuable or so beautiful.

It was huge – roughly the size of a dice – with two trapezoid white diamond side stones mounted in platinum and 18 carat pink gold. I quickly slipped it on my finger but before I had a chance to daydream about one day marrying a movie star (or making a run for it) the spectacular sparkler was politely but firmly snatched back to its rightful owner.

Alas, the high-profile pair never made it down the aisle, and called time on their doomed romance just four days before their wedding in January 2004. At the time rumours swirled that the split was down to Ben’s womanising, drinking and gambling issues.

One thing we know about J-Lo is that she is not a girl to eat ice cream in her pyjamas while she nurses a broken heart.

She and Ben hooked up just months after finalising her divorce from Cris Judd; she was previously married to Ojani Noa, and had dated Sean ‘Puff Daddy’ now ‘P Diddy’ Combs.

Just five months after leaving Ben she was hot footing it up the aisle once again, marrying her long-term friend, actor and singer, Marc Anthony. They had twins Max and Esme in 2008, but she quickly replaced Marc with dancer Casper Smart in 2011.

Meanwhile Ben went on to marry Jennifer Garner in 2005 and they have three children together.

Mr and Mrs Affleck called it quits after Ben admitted a battle with booze, and cheated with their nanny Christine Ouzounian, followed by flings with producer Lindsay Shookas, Playboy model Shauna Sexton, and most recently Ana de Armas.

What celebrities REALLY say about their exes…

And of course, this week’s shock reunion comes just weeks since J-Lo called off her engagement to Alex Rodriguez, 45, around the same time Ben was exposed on Tik Tok for being on celebrity dating app Raya by a girl he’d attempted to woo.

In April however, Ben gushed about J-Lo in a profile on her for In Style magazine: “Why do you look the same as you did in 2003 and it kind of looks like I’m in my 40’s…at best?

“She’s the real thing. I have a lot of respect for her.”

In 2016 Jennifer reflected on their lost love too, saying: “I think different time different thing, who knows what could’ve happened, but there was a genuine love there.”

And in her 2014 book True Love, she admitted she is always searching for her perfect match: “Each relationship had a passionate intensity that I mistook, every time, for happily ever after.
“I thought my childhood fairy tale was coming to life.

“I still wanted desperately to find ‘the one’ I was always disappointed when they ended.

“I always tried to be the perfect girlfriend, the perfect wife, so why weren’t things working out?”

Perhaps this time it will all be different for our star-crossed lovers. Jen is still looking for the one and Ben is sober now, thanks to several stints in rehab, so perhaps at last this is the time for their happily ever after.

After all, stranger things have happened in Hollywood. So which great love can we hope to see reunited next?

Please we pray to the gods of showbiz love, let it be Brad and Jen! (Both still currently single, just sayin’).

OMG! Brad Pitt and Jennifer Aniston have reunited on-screen for the first time since their divorce 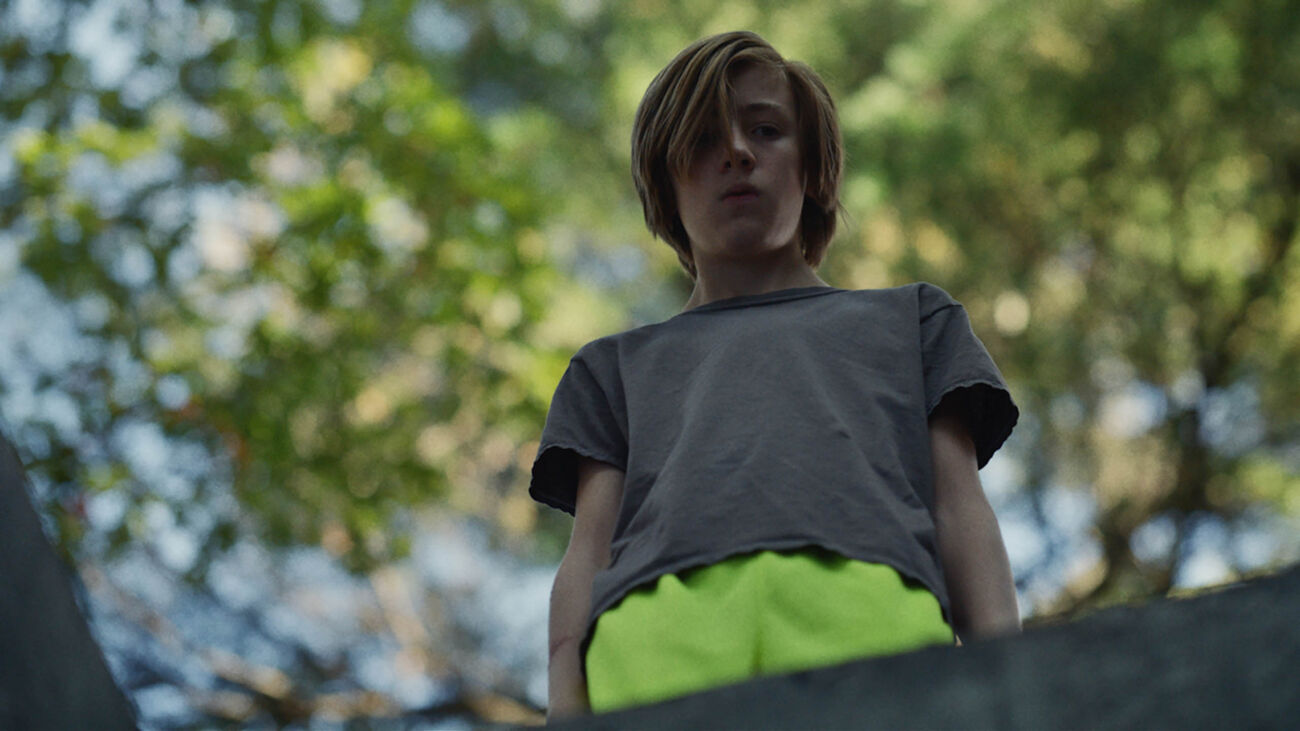