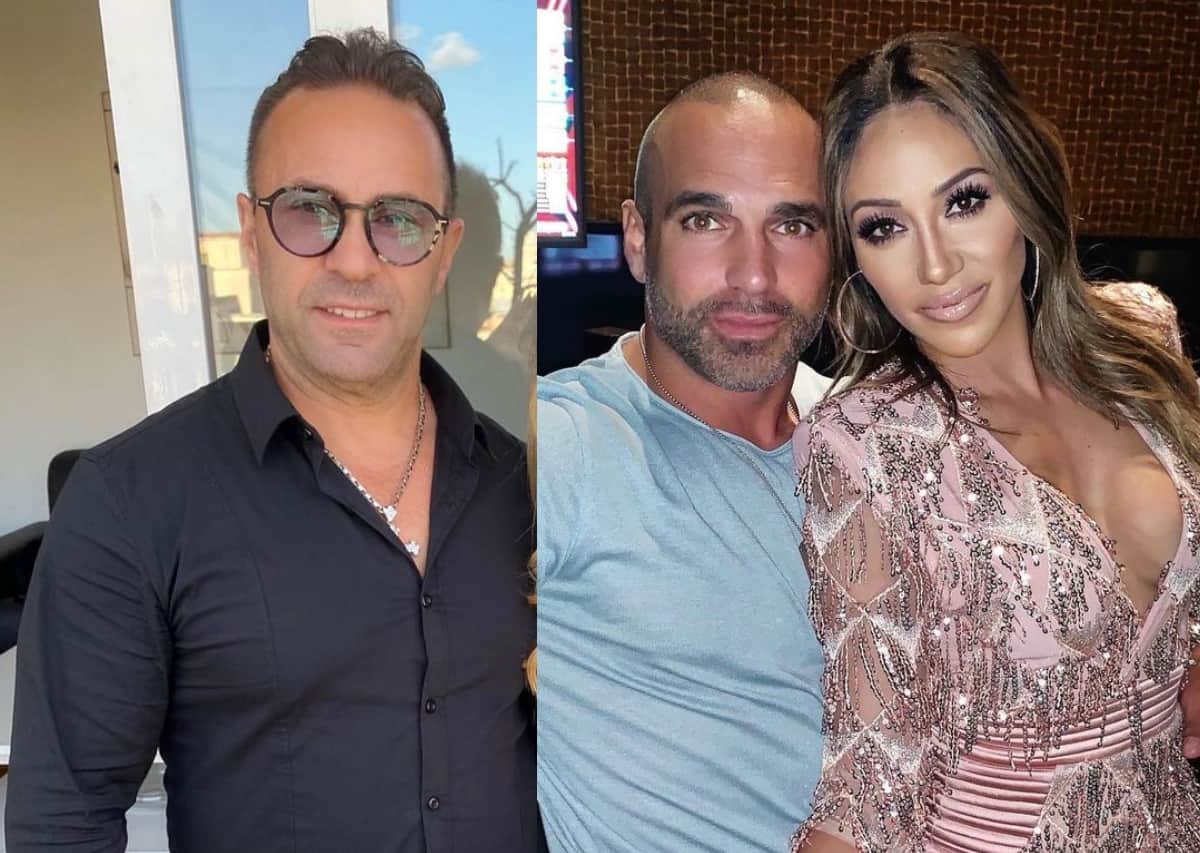 Joe Giudice slams Melissa Gorga and Joe Gorga yet again and claims the couple is on The Real Housewives of New Jersey because of him.

Joe says he no longer watches the show, but he’s still in the loop when it comes to the comments his former in-laws have made about him, both on and off the show.

“They’re just ignorant and I just don’t pay attention to them,” he told Us Weekly on April 22. “They’re irrelevant, you know what I mean? In reality, they oughta kiss my butt for being on that show … they never would be on that show if it wasn’t for me.”

Joe and the couple have had issues for years, but things really boiled over following the March 31 episode when Joe Gorga accused Joe Giudice of putting his mother in her grave.

“I’m mad at the son of a b*tch for what he did to you,” he screamed at his sister Teresa Giudice. “He ruined everything and he put you in jail. My wife is a f*cking hundred percent right! You gonna defend him? F*ck that piece of sh*t. He put my mother in a f*cking grave, so I’m supposed to f*cking like him?”

Then, on the April 21 episode, viewers watched as Melissa claimed Teresa was extremely unhappy for the last 10 years of her marriage to Joe Giudice.

“Teresa held a lot behind those walls,” she stated in a confessional. “She was always on the defense trying to, like, back up what her marriage was, what her life was.”

Nevertheless, the former contractor claims Melissa and Joe are just spewing lies and he could care less if he ever sees them again.

“They always have something stupid to say,” he quipped. “It’s not like they ever say anything that even makes any sense. If half the stuff they said was true, it’d be alright, but everything they say is just a lie.”

“I don’t want anything from them,” he added. “It doesn’t matter. They’re in the past and I’ll probably never see them again, which is good.”

Unfortunately for Joe Giudice, Melissa will likely be unbothered by these latest remarks. But, she’s probably happy she was able to help him make a little extra money on the side, considering her previous response to other messy comments Joe made recently.