As Amber Heard’s team continues to present witnesses in the ongoing Johnny Depp defamation case against her, one of the actor’s longtime close confidants appeared via video deposition as part of the actress’ defense.

Bruce Witkin is a longtime “best friend” of the actor, going as far back to 1982. The two worked together in the band Hollywood Vampires and even referred to each other as “brothers,” said Witkin, who added they stopped being friends around four years ago. He added that at one time they were even considered family, after Johnny married Witkin’s sister-in-law, Lori Allison.

A lot of Witkin’s testimony — some of which he vaped through — revolved around Depp’s alleged drug and alcohol use, with Bruce saying he did witness a period of sobriety for Johnny around the time he was working on “The Lone Ranger,” which came out in 2013. “He seemed focused, wasn’t drinking, everything was different, he was proud of it,” said Witkin. “I think he was smoking a little weed, but that was it.”

In 2014, however, Depp started getting treated by Dr. Kipper, an addiction specialist who worked with the actor. Kipper previously testified that Johnny was seeking treatment for substance issues and help with detox. At the time, he was using alcohol, opiates, benzodiazepines and stimulants — but the opiates were the biggest concern.

Bruce Witkin, #JohnnyDepp‘s former close friend, testified about his drug and alcohol use, saying that he believed Depp getting Dr. Kipper as a sober doctor was a “scam.” @LawCrimeNetwork pic.twitter.com/goYOCkZwCJ

He said when Johnny was in detox, “there was weed and wine in the soberness, it didn’t make sense to me.”

Speaking more about the actor’s alleged drug use, Witkin said Depp and Marilyn Manson “would hit it pretty hard” together as well. “They would drink and smoke weed. I don’t know if I ever saw Manson do blow, but I would assume they did,” he continued, “he’s done everything else.”

Witkin said he also witnessed Depp do drugs with Joe Perry in 2016. “They were doing cocaine, I was in the room,” he testified, before adding, “2014 was the first time I saw him do it, because I was quite surprised because when we were kids he hated the stuff. Then after that, when I kinda said, ‘Why are you doing this?’, he kinda hid it from me for a long time until 2016.”

According to Witkin, his testimony about Depp’s alleged drug use in another case may have been why the two are no longer friends — though he still isn’t 100% clear on why they fell out.

“Honestly, I don’t know. Somehow I started to feel a distance end of 2017. We had a gig and I saw him and he was really kind of distant and kind of f—ed up. He wrote me this weird text saying I stabbed him in the back and badmouthed him. He wouldn’t explain it and pretty much haven’t seen him since 2018,” he said. “Didn’t even get to have the whole argument, just cut off. Can’t get through to hi, no return text, nothing. My daughter even got married and he ignored it. I think there’s some people behind the scenes talking s— about me because everyone always tried to position themselves as ‘Who’s the best friend.’ I think there’s lies and bulls— said about me that he actually believed, which is surprising. I know that he wasn’t happy about my testimony, but I wasn’t gonna lie.”

Regarding Depp’s relationships, Witkin also spoke about some of the jealousy he allegedly witnessed throughout their friendship.

“Going all the way back to my sister-in-law, he can definitely have a jealous streak in him. When he was younger, he was jealous of Nic Cage or Adam Ant because my sister in law knew them,” he said. “He brought up a few with [Vanessa Paradis], which were ridiculous. A lot was in his head and not in reality.”

He added that, when it came to Amber, “there were a couple mentions that she was doing a movie with some guy or stuff like that. If she was on a film or doing something that he couldn’t be around it to see what was going on, he’d work himself up.”

Witkin said that Heard “was always very nice” to him — before adding that Depp would “mention when s— was rough” and when “they were having issues” with each other.

#JohnnyDepp‘s former close friend claimed that he saw a bruise on #AmberHeard‘s arm one time. “It looked like a grab, not a punch,” Bruce Witkin said. @LawCrimeNetwork pic.twitter.com/3D7kZD0xHH

The musician was then shown pictures of bruises on Amber’s arm from March 23, 2013 and asked if the bruises he said he saw looked like the ones in the photos.

“It looked similar to that, but it looked like a grab and not a punch, like somebody grabbed her arms. We were working on a Keith Richards documentary, Johnny and Amber showed up to the studio and I noticed it on her arm,” he said. “I don’t know if it’s the same date or not. It’s in the same vicinity, I don’t know if that’s the one.”

Both Amber and her sister Whitney Henriquez testified about an argument between Heard and Depp on March 23, while they were headed to work on the same documentary.

Witkin also testified that he had concerns about Depp in 2015, around the time the tip of the actor’s finger was severed during an incident in Australia. When asked what his concerns were, Witkin said, “Just the fact that somehow his finger got cut off and he’s got doctors around him that are supposed to be making him sober, making him better and wasn’t.”

He claimed Depp said the treatment at the time “wasn’t his cup of tea.” When asked whether Johnny would talk about his frustrations about Amber, Witkin said he would, but added “it wasn’t as much anger as confusion, sadness, why is this not working. He would never, rarely would it be a specific reason why.”

Bruce Witkin testified in a video deposition that he saw #JohnnyDepp with a fat lip during a rehearsal in 2015 or 2016. @LawCrimeNetwork pic.twitter.com/m3Lji1FcDi

Throughout his testimony, Witkin also said he did see Depp with a fat lip at some point — but couldn’t be certain whether it was 2015 or 2016 — but added he had “never seen them physically abuse each other” and had no knowledge of where any alleged injuries came from. He said Depp never talked to him about being physically violent either.

Witkin also opened up about getting a late night phone call on April 20, 2016 — the night of Amber’s 30th birthday party — from Depp’s assistant Stephen Deuters.

“There was just crazy arguing and stuff going on down there and for some reason he thought I could help. What was crazy to me is that’s the first time that ever happened. The first time Stephen ever called me for help like that,” he recalled. “Usually it’s just to help him record, but for some reason, he wanted me to come. It was almost like, ‘S—‘s going crazy down here, I need you to come.'”

He said that he didn’t recall speaking with Amber once he got there, but noticed “there was a vibe in the house … just people, a little bit of an edge.” Witkin added, “It was obvious to me something went down, but I didn’t see anything.”

Depp is seeking $50 million in damages after Heard claimed she was a survivor of domestic abuse in an op-ed in the Washington Post in 2018. While she didn’t name Depp in the piece, his lawyers argue it was implied to be about him and negatively affected his career. She countersued Depp for $100 million.

The actor has already lost an earlier lawsuit he took in the UK over the same article that appeared in The Sun. 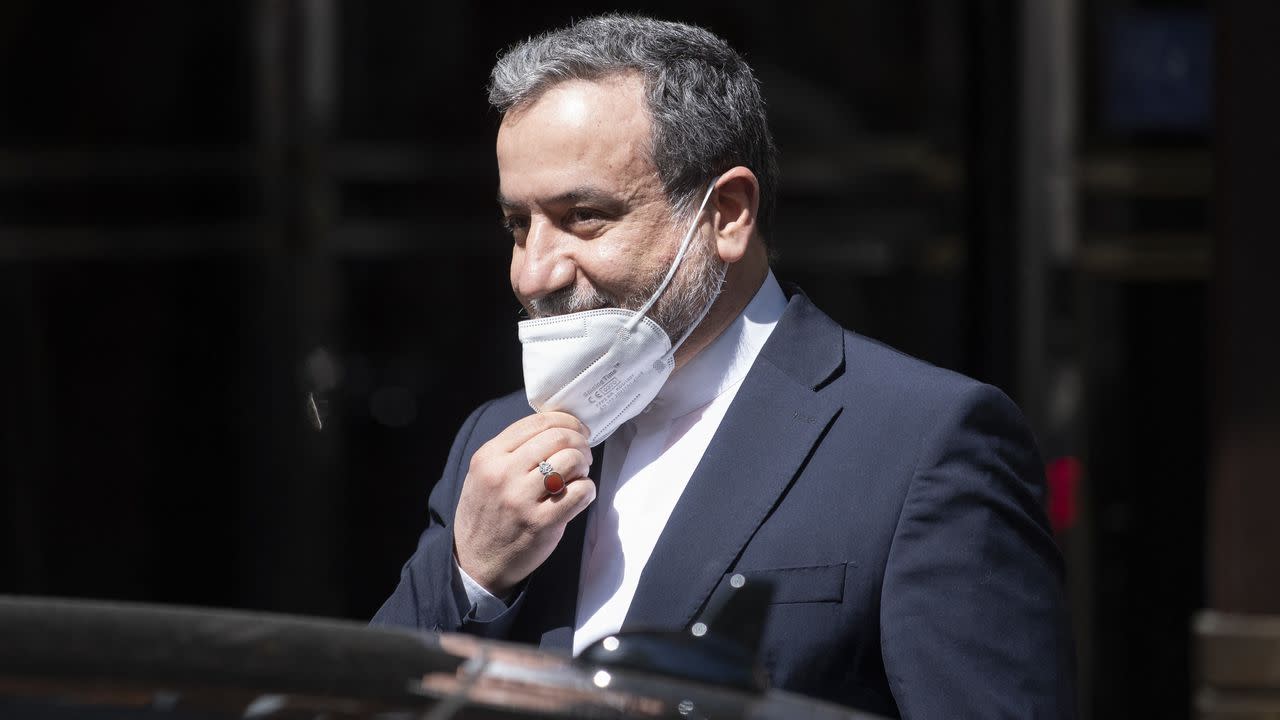 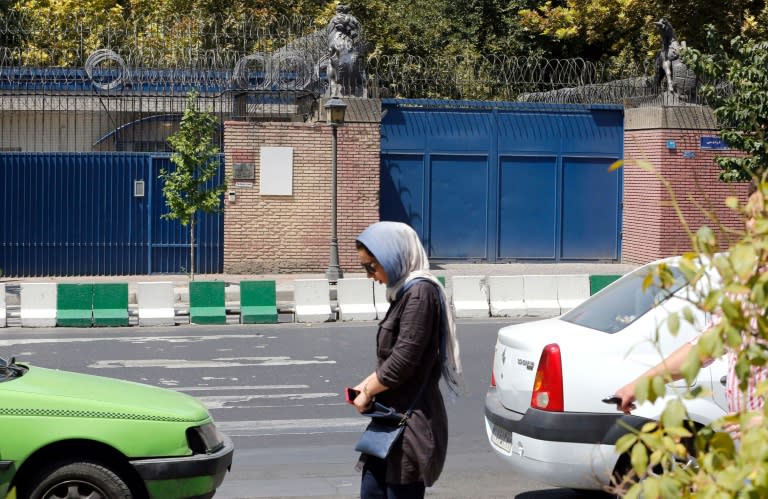