Russian forces appeared Tuesday to tighten their chokehold on a strategic eastern city that has become the scene of one of the Ukraine war’s bloodiest battles as fears mounted over the fate of hundreds of civilians trapped in an artillery-pounded industrial zone.

Ukraine insisted that its troops had not ceded control of Severodonetsk, a small smokestack city seen as pivotal to the fight for the country’s Donbas region, but acknowledged that the situation was increasingly dire with Russia having severed the last bridge linking it to a sister city across the Seversky Donets River.

With the invasion in the middle of its fourth month, Russia’s scorched-earth campaign in the east has drawn a sharp rebuke from Pope Francis, who cited the “ferocity” and “cruelty” of Moscow’s troops.

But the pontiff, whose comments were published Tuesday in Italian news outlets, also suggested that Russian President Vladimir Putin’s Feb. 24 invasion might have been prompted at least in part by NATO’s eastern expansion, calling the roots of the conflict “very complex.”

Ukraine, backed by Washington and other Western governments, describes the invasion as unprovoked.

Away from the eastern front lines, Ukrainian war-crimes investigators were examining the latest evidence of atrocities against civilians committed by Russian troops who earlier in the war occupied areas near the capital, Kyiv. Ukrainian authorities say they have been exhuming a newly discovered mass grave near the town of Bucha, with some of the bodies bearing signs of torture and bound hands.

Russia has insisted that evidence of war crimes has been fabricated, but since the end of March, more than 1,300 bodies have been unearthed in the capital’s environs, pointing to the execution-style killings of large numbers of noncombatants.

Against a backdrop of Western war-crimes accusations, Kremlin spokesman Dmitry Peskov said Tuesday that Russia was prepared to listen to appeals from the British government over two British nationals who were sentenced to death for joining Ukraine’s fight against Russia. Britain has likened last week’s court proceedings by pro-Russia separatists to Soviet-era show trials, and many observers believe Moscow will attempt to leverage the men’s cases for political gain.

But the increasing focus on a war that has shifted to Russia’s advantage has been in the east over the struggle for Severodonetsk. With a prewar population of about 100,000 people, the city has become one of the war’s most brutal face-offs, President Volodymyr Zelensky said in his overnight address to the nation.

“The human cost of this battle is very high for us — it is simply terrifying,” Zelensky said. The wider conflict in the Donbas, Ukraine’s industrial heartland, “will without doubt be remembered in military history as one of the most violent battles in Europe,” he said.

The Ukrainian military said in its daily operational report Tuesday that Russian forces were “trying to gain a foothold” in the city center. British military intelligence said that Russia’s “main operational effort” remains the assault on Severodonetsk, adding that Moscow’s forces, for the first time in weeks, had likely made “small advances in the Kharkiv sector.”

Kharkiv, near the Russian border in the northeast, is Ukraine’s second-largest city, and retaining control of it and its environs remains one of Ukraine’s significant wartime feats, along with foiling Russian forces’ earlier attempt to seize Kyiv. The failure to subdue either city forced the Kremlin to scale back its war aims and focus instead on conquering the Donbas, where pro-Russia separatists have already fought Ukrainian defenders for eight years and established control over large chunks of territory.

The fight for the Donbas has devolved into a war of attrition that is killing up to 200 Ukrainian troops a day, Ukrainian officials say, as well as exacting a steep civilian toll.

The Russian Defense Ministry claimed Tuesday to have struck more than 100 targets in the previous 24 hours, taking aim at troop concentrations and military equipment. The claims could not be independently confirmed.

Ukraine’s daily pleas for more heavy weaponry have taken on greater urgency as Russian artillery pounds targets along a battlefront stretching hundreds of miles. Western defense ministers are to meet Wednesday in Brussels to discuss additional military aid to Ukraine.

Zelensky told Danish journalists in a briefing Tuesday that his country’s ability to fight back was hampered by Russia’s long-range fire on Ukrainian troops and cities, with Ukraine forces unable to respond in kind.

“We have enough weapons,” he said. “What we don’t have enough of are the weapons that really hit the range that we need to reduce the advantage” of Russia’s equipment.

Western allies say they are providing what weaponry they can, while working to overcome problems with transport and training. A senior Pentagon official, Colin Kahl, told a think tank event in Washington on Tuesday that the Biden administration will be sending Ukraine more multiple-launch rocket systems, a much in-demand armament that could slow the Russian advance.

Ukraine has accused Germany in particular of delays in providing promised weaponry. The Berlin government said in May it would supply seven self-propelled howitzers. The German defense minister, Christine Lambrecht, said during a visit to a German military base that a powerful artillery system with a range of 25 miles would be deployed soon in Ukraine, but did not say precisely when.

The fight for Severodonetsk has taken on bleak overtones reminiscent of the grinding and ultimately losing battle of Mariupol, the strategic southern port where Ukrainian defenders held out for weeks in a giant steel plant that also served as a civilian shelter. In Severodonetsk, Ukrainian officials say shells are striking an industrial zone where some 500 civilians are seeking safety.

The war’s steady western encroachment could be readily seen on the ground. Outside the eastern city of Kramatorsk, what began as a calm Tuesday morning was interrupted by the distant roar of a pair of surface-to-air missiles, their contrails streaking across the blue sky.

The little traffic on the road was almost exclusively military or related to aid efforts, with weathered-looking tanks and trucks, mine-resistant vehicles and ambulances making their way down the highways toward Severodonetsk, some 40 miles east.

Closer to the front, the Russians were regularly shelling the main road, forcing the few travelers in the area to forge a path through side villages and on dirt roads through fields, adding hours to their journey.

Even in these bucolic settings, the occasional column of smoke could be seen where a Russian shell had slammed into a cottage or landed in a field and started a fire.

With sunset approaching, explosions boomed Tuesday across Dobropillya, a small city about 90 miles southwest of Severodonetsk. Black smoke rose above the city’s western industrial edge. Authorities swiftly blocked off the highway leading to the site of the strike, but half a dozen ambulances were quickly waved through the checkpoint.

Despite ongoing carnage, limited lines of communication remain open between Moscow and Kyiv. Ukrainian authorities confirmed the latest of what have been several swaps of soldiers’ bodies by the two sides, saying they had received the remains of 64 Ukrainian fighters killed in Russia’s costly but ultimately successful siege of the Azovstal steel plant in Mariupol.

Bulos reported from Kramatorsk and King from Washington. 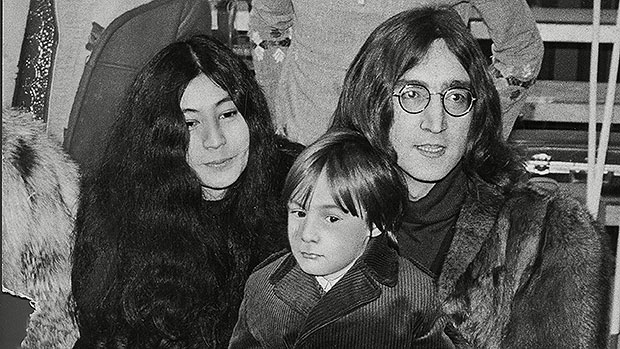