WHAT IT’S ABOUT: Petty thief Harry Lockhart (Robert Downey Jr.) is having trouble finding the robot action figure his young niece wants for Christmas, looting a store with an accomplice after hours, though things go haywire and they need to run. In an ally, shots are fired by a vigilante neighbor, dropping Harry’s pal. Harry bolts, running from cops and scrambles into a casting call where he is unexpectedly given a screen test, his emotions ramped already, earning him a trip to L.A. where he might get a shot at movie. Fortunes change quickly. But it’s not to last, as he’s partnered with P.I. “Gay” Perry (Val Kilmer) to learn the ropes of being an on-screen detective and a new case thrusts Harry into mystery and murder involving, of all people, a girl named Harmony Faith (Michelle Monaghan), an old friend from childhood.

REVIEW: Released in 2005 from writer and director Shane Black, Kiss Kiss Bang Bang is a clever little gem that dives head first into a gimmicky narrative device and somehow, against every odd possible, works. That device? Narrate the film entirely unreliably with a snarky apologetic tone, front to back, talking to the audience as if he’s telling the story off the top of his head. Why does it work? Well, mostly because of Downey Jr., who is clearly developing what will become the fast-talking free-wheelin’ billionaire playboy philanthropist we all know and love, Tony Stark, a.k.a. Iron Man. Here, he is equally bombastic, sympathetic, funny, emotional, and engaging, carrying us along a fast-paced black comedy that partly because of the structure and partly because things move so quickly, you’re meant to be a little lost, the film gleefully piecing all together in the end. With terrific chemistry between Kilmer and Downey Jr., spot-on dialogue throughout, another great performance from Monaghan, and a zany take on the buddy cop genre, this is one to watch.

THAT MOMENT: Harry isn’t very good at being a detective. Or a potential boyfriend. Or living in L.A. Or just about anything, trying to figure out what has happened to his life so quickly. Just like that, he’s neck-deep in a conspiratorial murder that sees him framed and targeted by the killers. That’s bad. In fact, at one point, the body shows up in his hotel room. And he pees on it. You’ll see what I mean.

Anyway, he’s also got one finger lopped off when it got slammed in a door. And yes, it’s both very funny and very icky. Worse, after he gets the dang thing sewn back on, he’s caught by the cronies and it’s yanked right off again. Harry is not having a good time. Rushing him to the hospital, Harmony gets distracted when she sees the two killers driving in front of them, realizing they are on their way to trap “Gay’ Perry.

Part of that trap is a girl in a pink wig (Shannyn Sossamon), disguised as someone else, luring Perry to what looks like his end, but Harmony pulls over and rushes into help, leaving the now unconscious Harry in the backseat. In the chaos that follows, the pink-haired girl escapes and jumps into Harmony’s car, taking off without knowing she has a sleeping, bleeding passenger in the back. She bolts to her house in fear.

Harry wakes not long after, in her garage, unsure where he is, and so stumbles into the house looking for help. However, when he hears the voice of one of the men looking for him, he dives under the bed. In come the girl and the killer, who tells her she has nothing to worry about before promptly shooting her in the chest. She falls to the floor and in her last moments, sees Harry under the mattress as the man heads to the kitchen for garbage bags. She gasps, “Who are you?” while Harry, in a panic shushes her, touching her lips. She then dies right in front of him.

In shock beyond words, Harry crawls free and on his knees, leans on the mattress, finding himself staring directly at the thug, who now can’t believe his luck. Problem is, as he discovers too late, he’s left his pistol on the bed, right in front of Harry.

WHY IT MATTERS: The real treasure in the whole of Kiss Kiss Bang Bang is its incredible sense of balance, able to keep the violence and plot very believable while managing to sustain genuine humor throughout. That’s not an easy thing to do though Shane Black is rather skilled as such things, with titles like Lethal Weapon, The Last Action Hero, and The Nice Guys, under his belt. No matter those movies however, this is his most accomplished, a close masterpiece to timing, energy, pace, and action-comedy.

The film is punctuated by a number of terrific sequences, including a very satisfying finale, but I believe it is in the small room with a doomed pink-haired girl that is the film’s best moment. It is motivated by Harry’s urgency to get help for his finger, though the rush of his encounter with the killers is still fresh. He has no idea where he is, which serves as a metaphor for his entire existence in L.A., and cluelessly enters the house in near delirium, wanting someone, anyone to take care of him.

We are actually having a callback to the scene early when Harry is captured by the killers, one of them calling himself “The Frying Pan” (Dash Mihok) and his partner “The Fire” (Rockmond Dunbar). Harry has fallen from the pan into the fire here in this house, as it is Mr. Fire so to speak, who shows up, and while he hides, realizes that his finger is not a concern, it is his whole body.

The shooting of the pink-haired girl is not seen, only felt by Harry as he hears the shots and then sees her fall beside him. I love this tragic moment, where we are in an instant pulled from the comedy of a battered and confused Harry sheltered under a bed now faced with real death right in front of him. Harry is shaken, visibly so, and in her last breathing moments, desperately tries to comfort her while keeping her quiet.

The shot is held entirely under the bed, intimately close, on Harry’s face and then on hers, the life slipping quickly from her. Sossamon, portraying the doomed girl, is only on screen for a short time, but she is incredibly impactful, the horror of knowing she’s mixed up with the wrong people and now losing her life already so well captured on her face, but the addition of confusion at seeing a stranger under her bed right at that moment perfectly caught in her expression, making this all the more emotional. Add in Downey’s smart choices in how to deal with Harry’s dilemma and this becomes the scene best remembered in the film. A great movie moment. 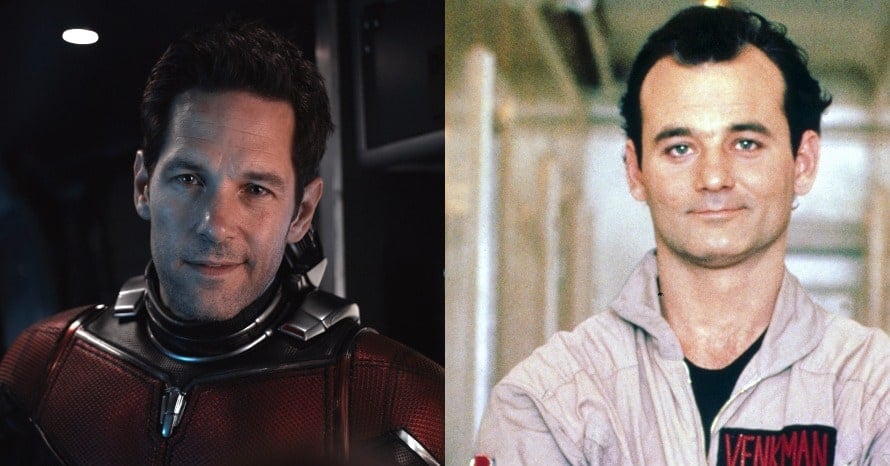