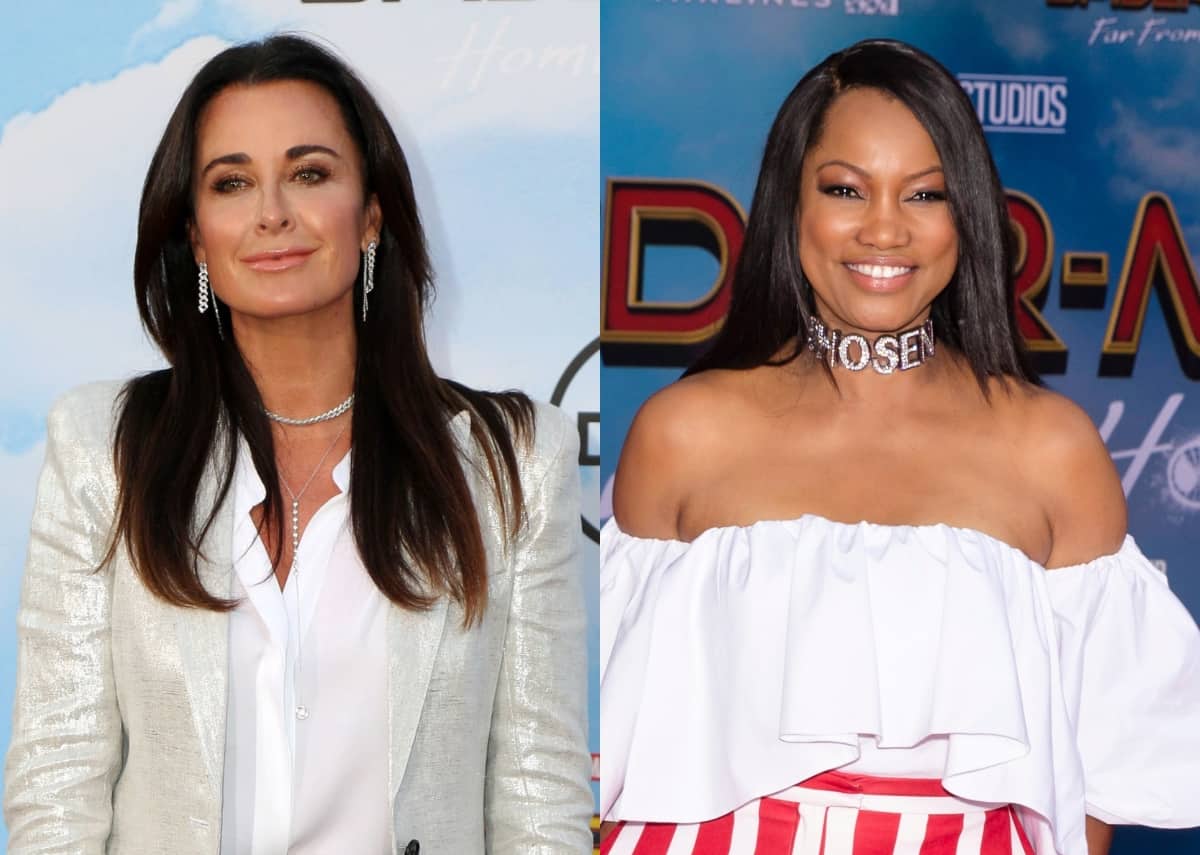 Kyle Richards dishes on her current relationship with Garcelle Beauvais, gushes over Teddi Mellencamp and her upcoming return to Real Housewives of Beverly Hills, and discusses whether Kathy Hilton will return for season 12.

Kyle and Garcelle have had their up and downs since the actress joined the show in season 10, but viewers watched as the ladies seemingly worked out their differences during last week’s episode. In a new interview, Kyle was asked where she stands with Garcelle now that filming has wrapped, and though they’re in a better place, Kyle suggested The Real co-host is a bit of a flip-flopper.

“She kind of goes back and forth all the time. Garcelle kind of goes back and forth,” she told Access Hollywood on May 26. “But, we had a great relationship her first season, and I was a little bit blindsided by things she had said, so things kind of took a turn. But we had a really important conversation on the show this season, and from that moment on, I felt like she got things off her chest — I did — [and] we’re in a good place. And now we’re, like, clear to have fun.”

They may have some fun together, but the mother-of-four went on to hint that fans might witness a few hiccups between her and Garcelle throughout the season.

“I cannot guarantee there will not be turbulence with Garcelle and me, but I can say that what happened last season with us and my charity event, and all of that, is behind us,” she explained. “You know, on this show, you don’t know. There could be something that comes up next week, you just don’t know. And if you’re gonna be honest, those things are gonna come to the surface.”

Kyle was also asked about Teddi appearing on the show — which the duo recently revealed on Teddi’s podcast. Kyle gushed over her bestie before claiming she had to beg her friend to hop back in front of the cameras.

“Teddi Mellencamp is one of my best friends in the world and that doesn’t go away with a TV show or cameras,” she declared.

“We were talking about how she came back on the show this season, and obviously at first she was like, ‘I don’t wanna do that,’ you know, because of the exit and all of that,” Kyle continued. “But I convinced her and the truth is we spend almost every day together, so it makes sense for her to show up. I had to convince her, she showed up, and she’s always a great addition because she speaks her mind and she doesn’t hold back. And it’s always fun to have Teddi be a part of the show.”

As for whether she thinks Teddi would ever return in a full-time role, the Halloween Kills actress isn’t ruling it out.

“I don’t know. She’s so busy doing All In, but I think that… I don’t know,” she said. “Teddi’s not only close with me — she’s closest to me of course — but she’s also close with [Lisa] Rinna, and Erika [Jayne], and Dorit [Kemsley], so you never know. Crazier things have happened, so never say never.”

Of course, she was also asked about her sister Kathy, who Kyle explained has truly enjoyed the experience, but she can’t say for sure whether Kathy will return next season.

“I never know who’s gonna come back each season,” she shared. “If you look over this 11 years we’ve all quit at some point or another, [but] I do know that my sister had a very good time.”

She added, “[Kathy’s] like, ‘Everyone’s been so worried about me, and I love all these women, and this is so fun!’ And I’m thinking, ‘Fun?’ You may want to hold that adjective.”