Skip to Content
Home Movies Lala Kent Shares Foul Thing She Did to Fiance’s Toothbrush, Where She Stands With Pump Rules Costar Scheana

Lala Kent came clean about a despicable thing she did to fiancé Randall Emmett in her new book, Give Them Lala.

Recounting a drunken fight the two of them had in Miami years ago when she was still drinking, the Vanderpump Rules cast member revealed where she stuck the movie producer’s toothbrush before offering an update on her current relationship with her co-star Scheana Shay, who she feuded with heavily in 2020.

On May 4, Page Six shared an excerpt from the reality star’s new book, which revealed Lala had thrown Randall’s clothes, shoes, and toiletries into a pool “before taking his toothbrush and putting it in my a–hole for a minute.”

As she recalled, Lala was in an “alcoholic fog” at the time of the incident and was constantly prompting fights with her partner.

Continuing on, Lala remembered laughing at Randall when he began brushing his teeth after the disturbing incident before explaining why she was so amused.

“That toothbrush was just in my a–hole,” she remembers telling him.

As for which side of the brush Lala inserted into herself, she told Page Six in an interview after the book was written that she went for the side with the bristles.

“If I’m putting your toothbrush in my ass, I’m not half-assing it, no pun intended. We’re going with the side that you’re putting in your mouth,” she confirmed. “I’m such a d-ck when I drink. Thank God I stopped.”

During a separate interview, the Pump Rules cast member, who welcomed daughter Ocean with Randall in March, offered an update on her relationship with Scheana, who welcomed her first child, daughter Summer, with boyfriend Brock Davies last week.

“We have [been talking], and it’s very, like, mommy-oriented,” Lala told Us Weekly. “I check in on her, she checks in on me.”

Although the two women have had their “issues” in recent years, especially after Scheana accused Lala of failing to support her after her June 2020 miscarriage, Lala suggested she’ll always have a special place in her heart for Scheana.

“I just can’t help but look at her and be like, ‘I love you. So, can we stop the nonsense? Why do we keep attacking each other?’” she said.

As Pump Rules fans may recall, Lala and Scheana’s friendship was “nonexistent” just months ago.

“I haven’t spoken to her,” Lala told Andy Cohen at the time. “I know she’s also having a baby, so I wish her all the best.”

In September, after Scheana called her out for ditching her after her miscarriage so she could enjoy a dinner date with Meghan Fox and Machine Gun Kelly, Lala fired back on Instagram.

“Anybody wondering my thoughts on [Scheana] ‘dragging’ me. I’m not tripping too hard. … She would rather focus on me ‘not being there for her’ than the fact that her man, [Brock Davies], said he was working, turned his phone off and went golfing that day. Weird how that was just glazed over.”

One month later, Scheana was featured on the #NoFilter With Zack Peter podcast, where she claimed she would never be friends with Lala again.

Months later, upon the arrival of baby Ocean, Scheana offered a congratulatory message to her co-star on Instagram.

“Ahhhhhh so happy for you guys!!” she wrote at the time.

Give Them Lala is available now. 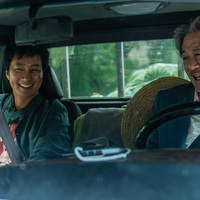