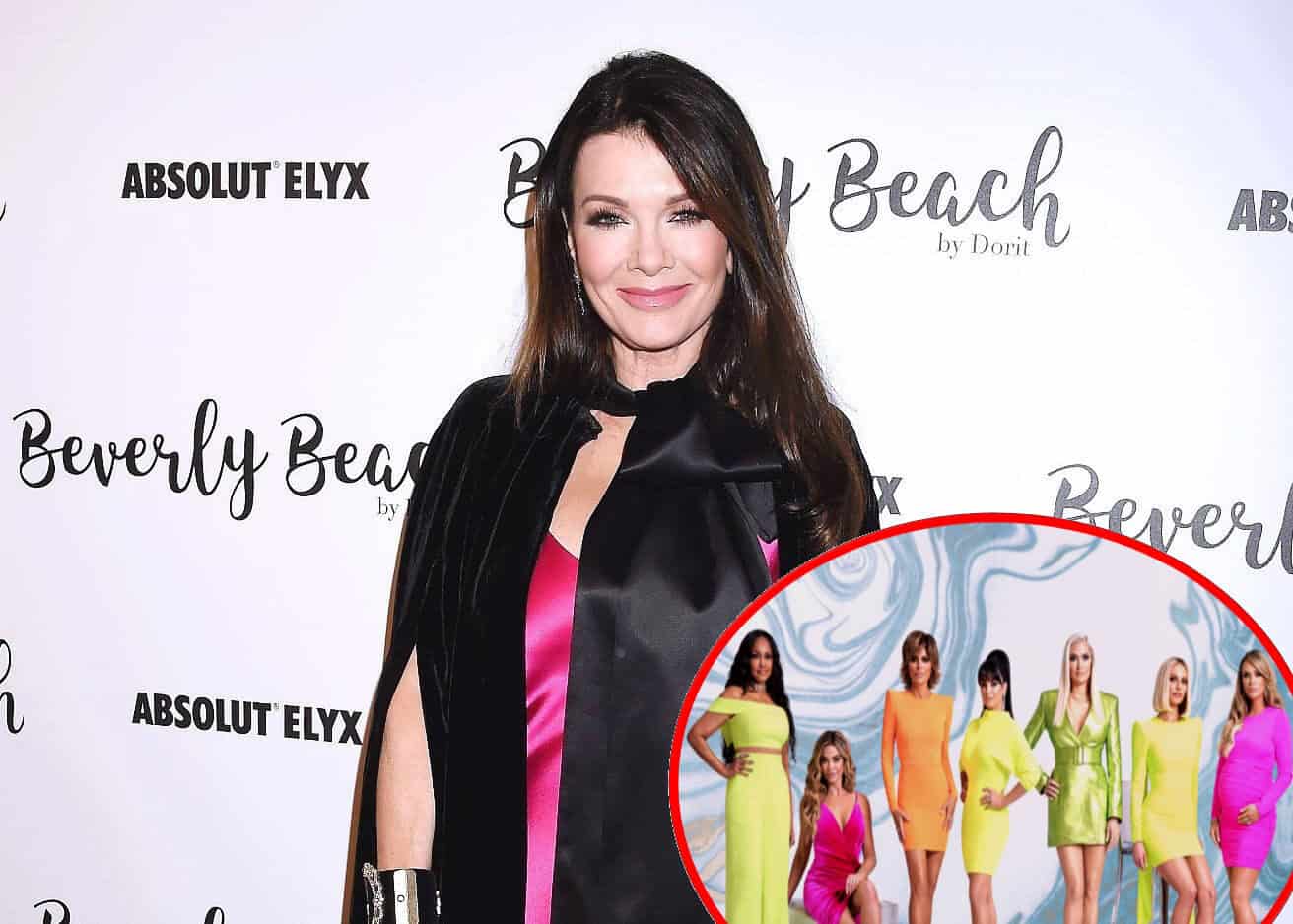 Lisa Vanderpump responded to a series of shady posts about Kyle Richards and the rest of the Real Housewives of Beverly Hills cast over the weekend.

After their messy “dine and dash” feud last week, Lisa was seen reacting to posts slamming Kyle as a “pawn” and a “snake” before sharing a shady response in reference to the entire cast and tweeting back to someone who mentioned Erika Jayne‘s upcoming legal drama on the show.

“Kunty Kyle was always [Lisa Vanderpump]’s pawn. That girl is not a queen,” a fan wrote on Twitter on May 15, prompting Lisa to share a laughing while crying emoji.

“In a world where [Lisa Vanderpump] exists, how can anyone be a fan of Kyle [snake] Richards or Lisa [clown] Rinna?? HOW?? Make it make sense! Lol!” another person said that same day, adding that they are “Team LVP Always.”

In response, Lisa, who has feuded with both Kyle and Lisa Rinna in the years since leaving the RHOBH cast, posted a pink heart emoji. 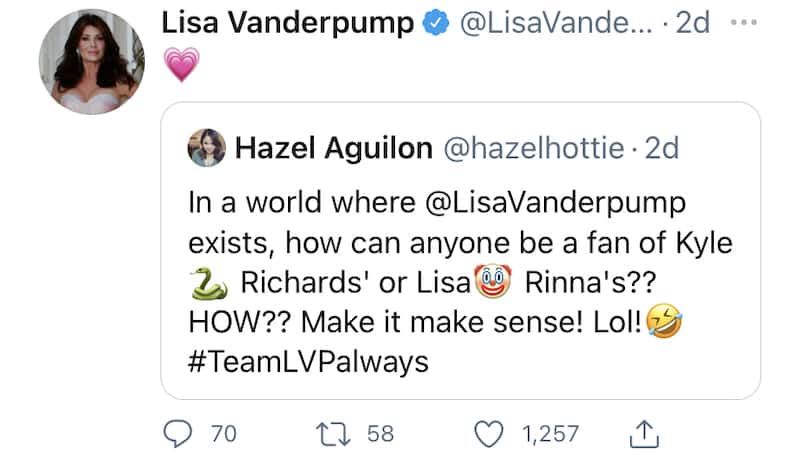 A third person said that while the 10th season of RHOBH had begun airing in their area, they would not be tuning in due to Lisa’s absence.

“[RHOBH season 10] just started in the U.K. STOP THE PRESS THE [QUEEN] IS MISSING. Time to change the channel.”

“Lol,” Lisa tweeted, shading the current cast of the show.

Another person mentioned the fact that Erika’s legal drama and split from estranged husband Thomas Girardi would soon be playing out on the show.

“All these scenes with [Erika Jayne] will be used in her current court case. The image of toughness [and] verbal abuses towards others will come back to haunt her. [Lisa Vanderpump] made the right choice to leave the show,” the fan stated.

After seeing the post, Lisa commented with a pink heart emoji and a praying hands emoji. 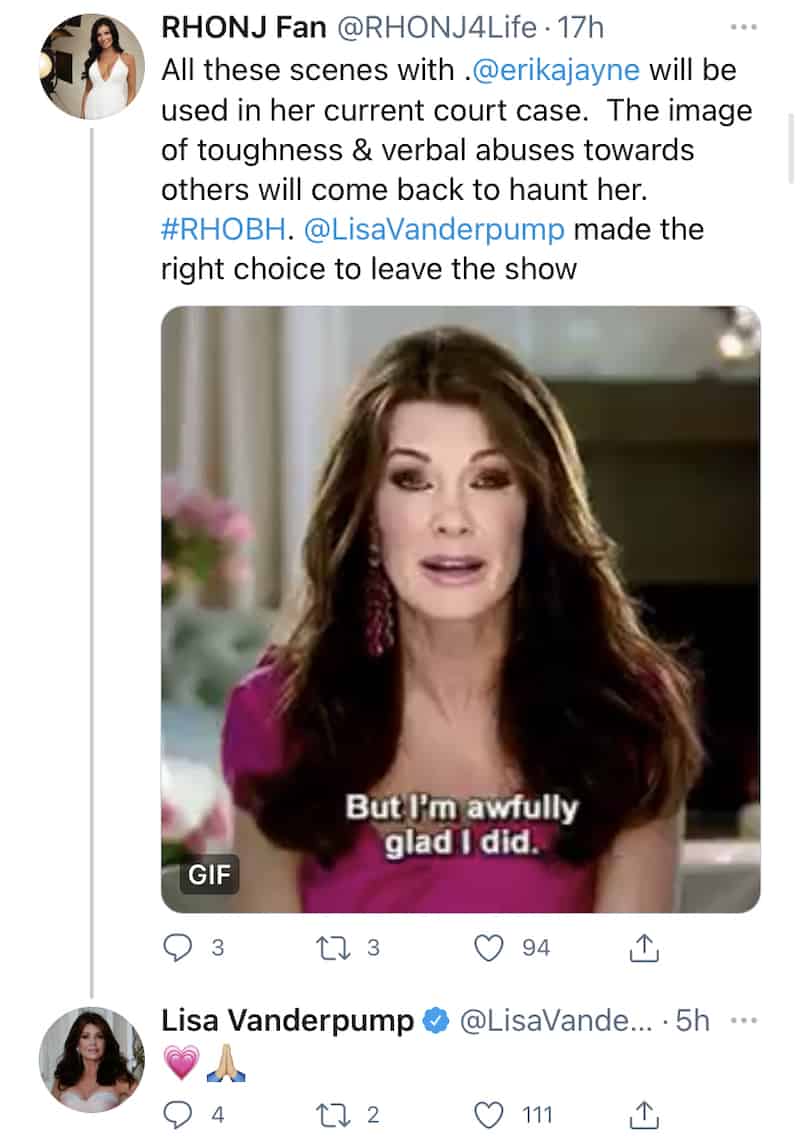 The Real Housewives of Beverly Hills season 11 begins airing on Wednesday, May 19, at 8/7c on Bravo.