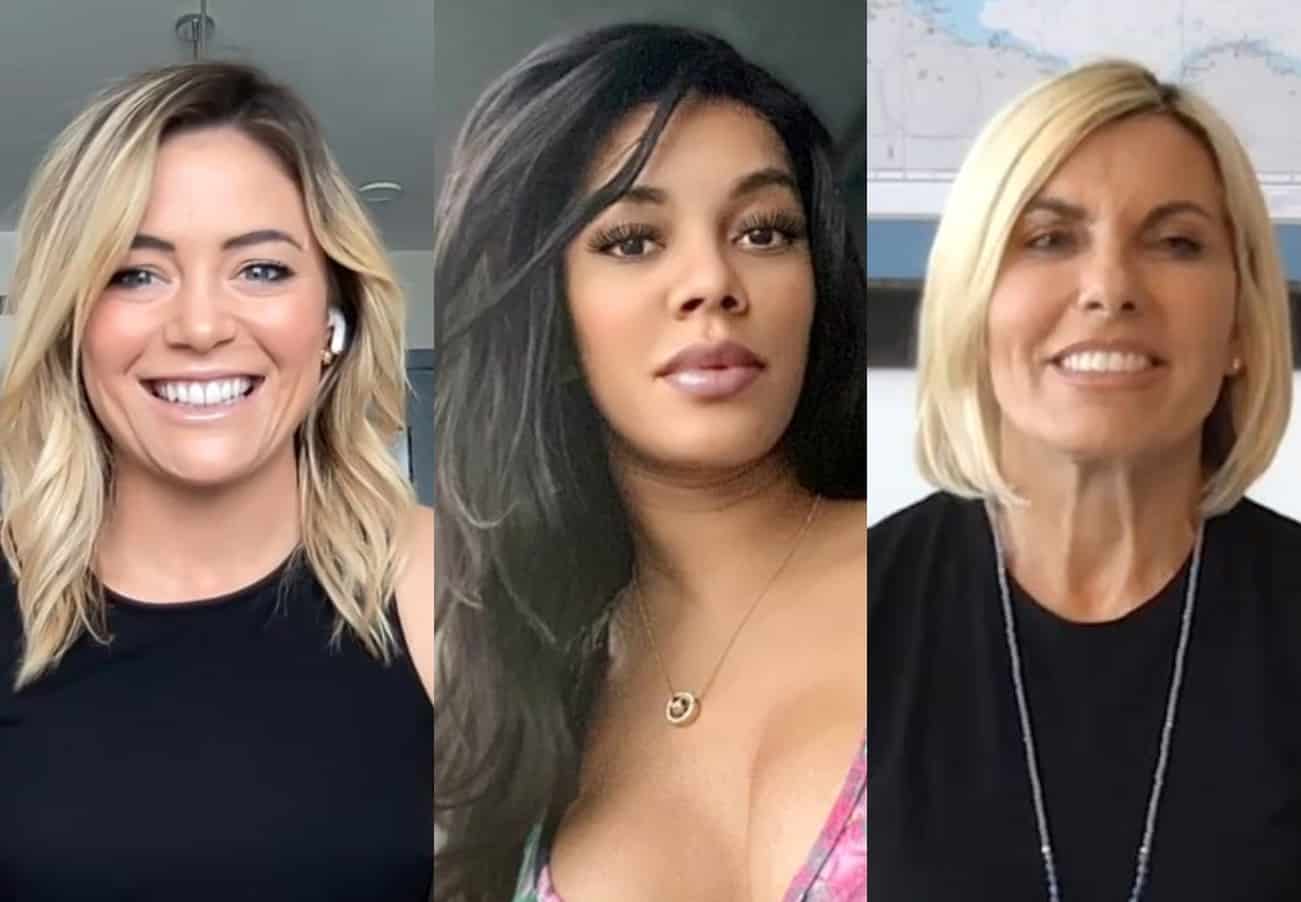 Malia White dishes on the season six drama and reveals if she was hesitant to return to Below Deck Mediterranean following season five before addressing her upcoming spat with Captain Sandy Yawn.

As fans well know, Malia was caught in the middle of Lexi Wilson‘s drunken outburst on a recent episode, and the bosun claims it was a bit “terrifying,” especially once Lexi referred to herself as “Satan.”

“I think she said that it was because of the alcohol, but I was like, I’ve been pretty wasted and I never referred to myself as Satan,” she told Entertainment Tonight on August 2. “But I guess if that’s her alter ego, then that’s pretty terrifying.”

According to Malia, Lexi still hasn’t reached out to any of her co-stars since her wild night aired, but she suspects the second stew is likely mortified.

“As far as I’m aware, no one has gotten an apology,” she revealed. “But I think she is regretting what happened. I think she is looking back on it and being like, ‘My drunken, worst night is aired on TV,’ and trust me, I can relate to that. And I know how she’s probably feeling right now, and it’s not nice.”

Unfortunately for the crew, Lexi isn’t the only cast member who had a meltdown. Chef Mathew Shea also walked off of Lady Michelle after smacking a few cameras along the way. Apparently, Malia was even surprised by his behavior once the episode aired, and she surmises that production also was not too happy with the chef’s exit.

“I think with Mat, he was already in his own head about the cameras and everything going on, so that when he started drinking, it just accelerated that and he was just done,” Malia shared. “But I was pretty surprised to see him go out with quite the bang.”

She added, “Mat punching the cameras, I was like, ‘Oh man. I bet production loves you!’”

Malia went on to call season six “the season that [she’s] always wanted,” which is understandable after the backlash she received last year. If fans recall, she reported Hannah Ferrier to Captain Sandy after she found the former chief stew’s unregistered anti-anxiety medication and vape pen in the cabin they shared, which didn’t go over well with the viewers. Hannah was fired as a result, and fans began accusing Malia of “ruining” the show. Nevertheless, it seems she’s still sticking by her decision to snitch on report her former co-star.

“I think at first, I wanted to defend everything and I was taking to social media,” Malia recalled of the online backlash. “And then I learned, you will never be able to explain to people maritime law. You’ll never be able to explain the exact situation, how things actually went down. People will never understand because, to them, they’re seeing this portion of what happened, and that’s all you can expect them to understand. So yeah, I think in surviving it, I turned my comments off for a while and that gave me a lot of peace. And I was just kind of like, ‘I don’t need those comments in my life.’ Yeah, definitely a big learning curve.”

But did the situation cause Malia to think twice about returning for another season?

“I want to eventually be a captain, so yeah, I was a little hesitant to come back after all that, because I was like, ‘I really want a career in this industry, not in the TV industry,’” she explained before revealing she’s grateful she decided to return so the audience could see another side to her.

Though Malia said the current season has been the most fun to film, she did take a major lashing from Captain Sandy, which was featured in the season six trailer. In the teaser, Sandy can be seen yelling at the bosun for not filing an incident report following an accident involving one of her deckhands. And according to Malia, the exchange was definitely “intense.”

“It is a very intense moment — it’s the most intense moment that Captain Sandy and I have ever had, regardless of what some people may think,” Malia explained. “I definitely got to see the other side to Captain Sandy towards me, but I think, yeah, when you see what it’s about and things, I think you’ll realize it’s because she’s holding me to a higher standard, which is sometimes frustrating, but it’s also understandable.”