The very first thing you hear in Episode 1 of HBO’s Mare of Easttown is a girl screaming, which confirms the fact that what we have here is a murder show. But it’s an especially nuanced and character-focused murder show, based at least on this premiere episode. “Miss Lady Hawk Herself” captures one day in the life of Mare (Kate Winslet), a police detective/grandmother/former high school basketball star, as well as her small Pennsylvania town packed with secrets and sadness.

We never meet the girl who was screaming at the start, but the cause for her alarm proves to be relatively mundane. Our hero Mare awakes early thanks to a call to investigate a prowler who startled a local’s granddaughter, and Mare goes to check out the situation despite peeping Toms not quite being her beat — as she explains to the older woman who called her for help, her focus is on “burglaries and overdoses and all the really bad crap that goes on around here.”

Meanwhile, we meet another young girl, but while Erin (Cailee Spaeny) might only be a teenager, she’s also the mother of a one-year-old boy. Unfortunately, not only are Erin and the father no longer together, but Dylan (Jack Mulhern) is dating another girl named Brianna (Mackenzie Lansing), who literally warns Erin that “you’re going to get it when you least expect it, you dumb bitch.” It’s not an ideal co-parenting situation, but despite her problems — a child who needs ear surgery, a snarling, angry father — she’s looking forward to meeting up with an online crush that night for the first time. (Erin is blissfully unaware that she’s a character on a murder show. They always are.)

After her first stop of the day, Mare arrives at the police station, where she meets Officer Trammel (Justin Hurtt-Dunkley), a new member of the force, and on TV watches a press conference being held by Dawn (Enid Graham), a woman her age dealing with both cancer and a missing daughter, who after a year still hasn’t been located by Mare or the police. Mare and the chief (John Douglas Thompson) talk about the lost Katie, and while Carter acknowledges that the girl’s history of prostitution and drug use likely makes her a lost cause, higher-ups are going to send in an outsider for a fresh perspective on the case.

Mare’s frustrated by this, but it’s just one of many things frustrating Mare today. Take for instance her trip to a local pet shop in search of a tank appropriate for her grandson’s turtle — reluctant to invest in an expensive tank, she dodges the clerk’s upselling and finds a $40 model that she deems “perfect.” (This is perhaps the first prominent mention of the fact that Mare is the grandmother of a four-year-old; this show is dense with intimate family relationships, but doles out information about them on a need-to-know basis.)

At the pet shop, Mare gets a call about a burglary at the house of Bethie (Chinasa Ogbuagu), another woman Mare’s age whose brother Freddie’s (Dominique Johnson) drug problem led him to rob her trophy case. Mare chases down Freddie, twisting her ankle in the process, and defuses the situation, getting Freddie set up at a shelter and instructing rookie cop Trammell on how to help him. Freddie’s story is pretty heartbreaking, told as it is largely through the details surrounding him, like his rundown house that has no heat but does still has photos of him with his children tacked to the fridge.

For Mare, dealing with a situation like Freddie’s is pretty mundane stuff, but later she does get a bit thrown off. All day, Mare’s been dodging calls from her ex-husband Frank (David Denham), but when she gets home she learns why he’d been trying to talk to her from her mother Helen (Jean Smart) — Frank and his girlfriend Faye (Kate Arrington) are now engaged, and they’re having a party that night to celebrate. Everyone’s going to the party, including Mare’s teenage daughter Siobhan (Angourie Rice), but Mare isn’t, because Mare’s due at her old high school for “the ceremony.” 25 years ago, she scored a key shot in a major basketball game, winning the day and becoming a local legend, and the folks of Easttown are gathering to pay tribute to that event as well as her and her fellow teammates, including Bethie and Dawn.

Mare’s clearly uncomfortable as she limps onto the court to cheers, and also seems ill at ease afterward at the local bar, where the celebration keeps going. Though she rolls that discomfort right into an awkward yet promising conversation with Richard (Guy Pearce), a newcomer to town who Mare learns is a published author guest lecturing at the local college — but beyond the fact that he has Guy Pearce’s cheekbones, it’s the fact that he’s not a local which seems to be the primary attraction to Mare; the two have sex on his couch, after which she reveals the whole being-a-grandmother thing. “Did I fuck like a grandma?” she asks him, to which he responds by saying “A very hot grandma,” which is probably the best possible response to that question.

Mare’s night is going a lot better than Erin’s, who after visiting with a friend (and confiding in her that she had, in a lonely moment, flirted with her ex a bit via text) heads to the woods to meet her online date. Unfortunately, said online date turns out to be a prank pulled by Brianna, who catfished her as revenge for flirting with Dylan. While friends watch (and film on their phones), Brianna administers a pretty brutal beating that only stops after a conveniently present Siobhan intervenes. Afterward, Erin stumbles away alone into the woods.

Mare comes home late, and after getting some crap from her mother about that, crawls into bed beside her grandson, who tells her that he’s decided to name his turtle Kevin, after his father (Mare’s deceased son). In the early hours of the next day, the folks of Easttown wake up, beginning their morning routines — all except Erin, whose naked lifeless body lies in a local creek. Mare wakes up, haunted briefly by a vision of someone who can only be her son Kevin, then once again answers the phone for some bad news.

In case you’re wondering: I am coming to this recaps as someone whose Pennsylvania knowledge and experience is limited to a short trip to Pittsburgh in 2007 and having watched almost every episode of It’s Always Sunny in Philadelphia. I have had friends and coworkers and strangers on Twitter explain the wonders of Wawa to me, and I hope one day to experience it for myself, but in the meantime, I look forward to this limited series’s perspective on a very specific part of the globe, while it tells a very relatable and human story.

Mare of Easttown airs Sundays at 10 PM ET on HBO.

KEEP READING: The 21 Most Exciting New Shows We Actually Believe Will Premiere in 2021

It looks like the decision may have come from an inflamed studio dispute.

Liz Shannon Miller is a Los Angeles-based writer and editor, and has been talking about television on the Internet since the very beginnings of the Internet. She is currently Senior TV Editor at Collider, and her work has also been published by Vulture, Variety, The AV Club, The Hollywood Reporter, IGN, The Verge, and Thought Catalog. She is also a produced playwright, a host of podcasts, and a repository of “X-Files” trivia. Follow her on Twitter at @lizlet. 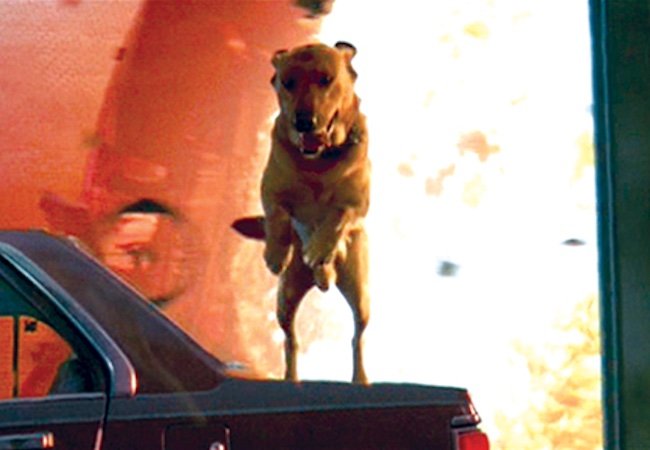