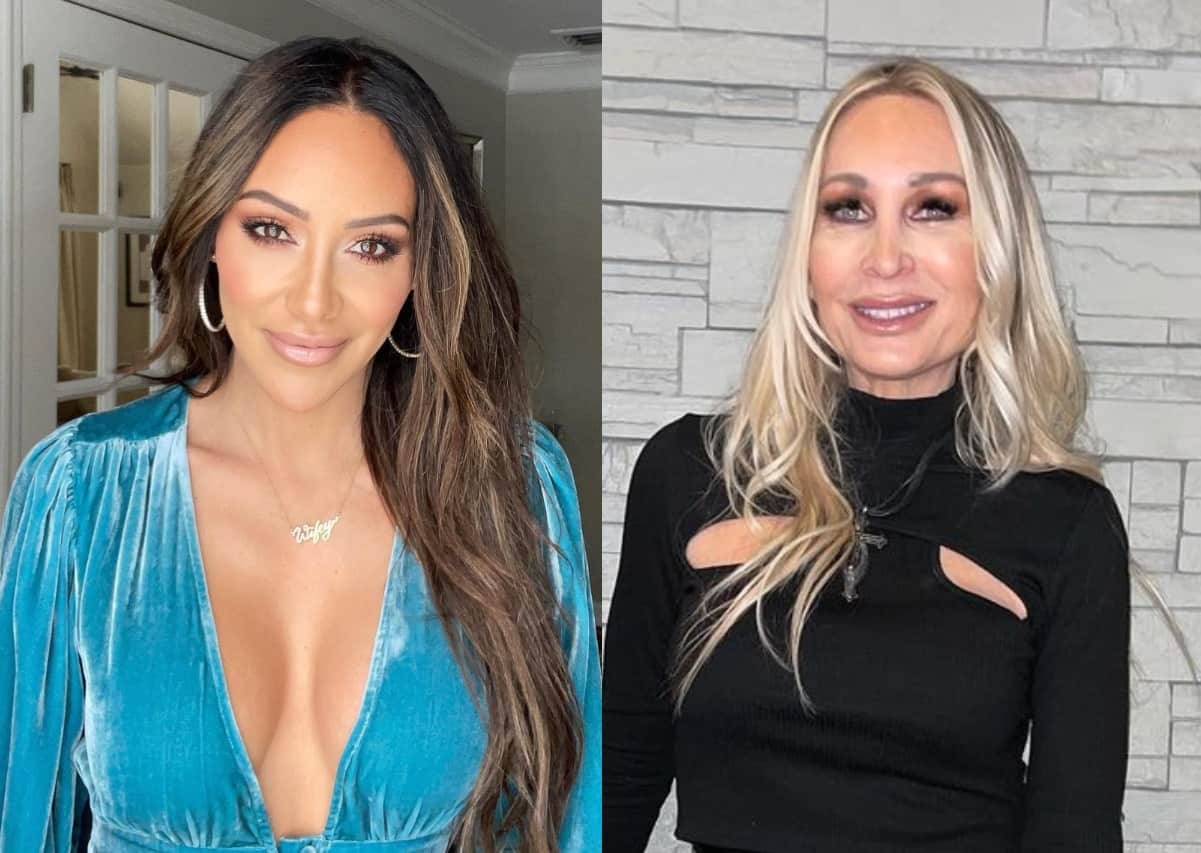 Melissa Gorga opened up about a number of topics, including her husband Joe Gorga, during a recent interview.

While appearing on Wednesday’s episode of Watch What Happens Live, in addition to discussing Joe’s sex demands and her monthly allowances, the Real Housewives of New Jersey cast member reacted to Kim DePaola‘s recent claims about Teresa Giudice‘s boyfriend, Luis Ruelas. She also revealed how she and Joe are “helping” Joe Giudice.

When it comes to her husband’s sex demands, Melissa admitted that Joe isn’t nearly as demanding as he once was.

“Not anymore. I think that was when we were younger [when] he would say more about that,” Melissa explained of her husband demanding a certain amount of sex per week. “Now he knows that doesn’t fly anymore. So not as much as he used to.”

Melissa also looked back on the earlier moments of her marriage to Joe when host Andy Cohen asked her if Joe put her on a monthly shopping allowance.

“No. Never,” Melissa confirmed. “He knows that I’m pretty reasonable in that area.”

Andy then wanted to know how much money Melissa would spend without checking in with her husband.

“Right now, anything I want because I make money as well. Back then I used to spend on the AmEx, probably like $20,000, $30,000 a month or something, and he never said anything,” Melissa shared.

Later in the show, a fan called in to ask Melissa how she felt about Kim D.’s comments about Luis, which included allegations of emotional abuse and cheating.

“Oh dear God. Kim, I mean listen, it’s coming from Kim D. That should say enough right there,” Melissa noted. “She does always come with the tea but she’s always said such crap on me forever that I listen to nothing Kim D. says.”

Also during the show, Melissa was asked about her ongoing issues with Giudice, who recently accused her husband of stealing money from his father.

“I’m just so done even giving my commentary on Joe. He doesn’t even live in the country anymore,” Melissa said. “I’ve been his ’swipe up.’ Joe and I have been his ‘swipe up’ like link-in-bio money thing for the last couple of weeks.”

According to Melissa, she and Joe are “helping out” Teresa’s former spouse.

#RHONJ star @MelissaGorga reacts to Joe Giudice’s comments about her and Joe Gorga: “Joe and I have been his swipe up link-in-bio money thing for the last couple of weeks. So we’re just helping out. It’s fine.” #WWHL pic.twitter.com/72Ysgb0eC6