Skip to Content
Home Movies Misbehaviour (2020): Pretty women who can get pretty angry!


Directed by Philippa Lowthorpe, Misbehaviour (2020) is a British comedy-drama which will take you back to the 1970s era in London. It features Keira Knightley, Jessie Buckley and Gugu Mbatha-Raw in the lead roles along with other renowned actors.

Misbehaviour has a very interesting plot indeed. It tells the story of the 1970 Miss World Competition which took place in London, which was hosted by comedian Bob Hope. It was here where the then newly formed Women’s Liberation Movement comprising of Sally Alexander (Keira Knightley) and Jo Robinson (Jessie Buckley), opposed this popular contest by invading the stage during the contest’s live broadcast. They had the notion that such beauty contests harm the image of women by objectifying them. By disrupting the live contest, this Women’s Liberation Movement group achieved an overnight fame.

Moreover when the results of the contest came out, it created much commotion as the global audience had assumed that Miss Sweden would win the contest. But instead the winner was Miss Greneda Jennifer Hosten (Gugu Mbatha-Raw), who in fact was the first black woman to be crowned Miss World.

I believe that this film’s incredible true story is enough to keep the audience engaged throughout. It indeed has a screenplay very smartly and precisely written by Rebecca Frayn and Gaby Chiappe.

It made us familiar with the situation of women during 1970s

I think the best part about Misbehaviour is how it portrays the reality of the situation of women during the 1970s era. It’s true that the objectification of women’s body is not a new 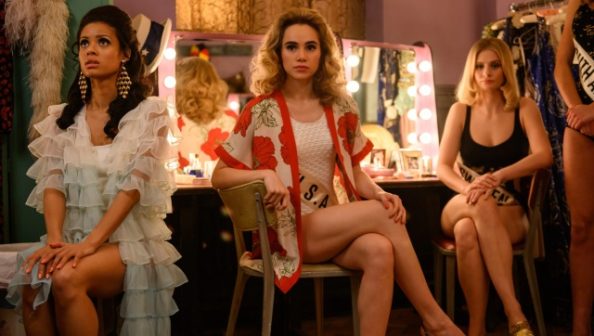 thing, it’s still prevalent. However I believe this film brought out this issue in the most bizarre way possible, where beauty contestants are shown wearing rosettes on their hips and the unbelievable part was that they had numbered discs on their wrists too! In fact, I personally felt that this was no beauty contest and more likely a cattle market. I feel the Women’s Liberation Movement did the right thing as such objectification of women as a global pastime is truly unacceptable.

The origin of #MeToo? 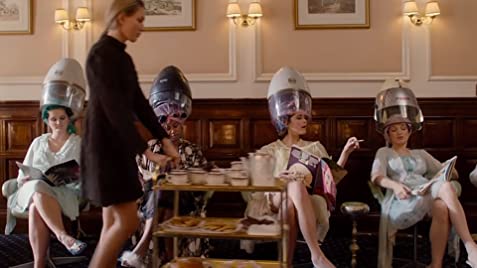 I personally have an issue regarding how the scenes in Misbehaviour were filmed. I found some scenes to be countering each other and along with that the attitudes of some of the characters did shift from scene to scene. This movie attempts to portray beauty pageants to be sexist and gross to some extent, but when I watched the scenes of the beauty rehearsals and the attitudes of the contestants towards the contest, I felt that Misbehaviour does have some trouble for its storyline to take root owing to its contradictory scenes.

I mean what if the beauty contestants felt victimized when all of a sudden some protesters come out of nowhere to oppose that very contest in which they are participating? What if they enjoyed participating in such beauty pageants and these protesters in fact did nothing but invade their personal space? I believe if these points are taken into consideration, we can assume that such protests can be most likely unacceptable to the contestants.

I feel Misbehaviour has successfully highlighted the situation of the 1970s beauty contests, where women of color were not given recognition. The Women’s Liberation Movement did their role marvelously and made it possible for the first black woman to win a beauty contest. I truly appreciate this as this was indeed a global thought change process which was initiated by the Women’s Liberation group.

I found Knightley’s and Buckley’s acting to be exceptionally brilliant and they both seem to be a great fit into their characters in this exceptional storyline. The cinematography by Zac Nicholson too needs some appreciation as it truly creates the cinematic essence of a 1970s beauty contest when in fact the camerawork is done in 2020! If you ask me, I truly believe that Lowthorpe has created one inspiring, empowering and unique masterpiece that is surely going to keep you entertained.