NASA has sent people to the moon, launched probes to distant planets, and glimpsed ancient galaxies with telescopes sitting in space. But these days, the agency is putting more focus on problems here at home. That’s why a sleek new plane will take to the sky this fall, an all-electric vehicle that could make the future of aviation cleaner, cheaper and quieter.

This is the goal of the X-57, the agency’s first all-electric plane, driven exclusively by batteries. The lightweight, experimental aircraft is designed to use less power than a traditional plane running on fuel over the same distance. As a bonus, the X-57 will make far less noise along its flight path.

NASA is currently prepping the aircraft for its initial test flight in the desert east of Los Angeles. When it takes off, the plane will carry great expectations that it could help transform the aircraft industry into something eco-friendly, with a role in helping remediate climate change over the course of the century.

“The technology is here now, but the piece we needed that’s key is making the whole system efficient enough,” Sean Clarke, principal investigator for the X-57 project at NASA’s Armstrong Flight Research Center in southern California, told the Daily Beast. “There are a lot of fun technical problems we’re tackling.”

The new vehicle is affectionately called Maxwell—named for James Clerk Maxwell, the 19th-century Scottish physicist who pioneered the theory of electromagnetism.

The X-57 uses a modified body of a four-seat airplane built by the Tecnam corporation of Italy. The advantage of employing an existing design is that data from the baseline model, which is powered by traditional combustion engines, can be compared to data produced by the same model that runs on electricity. So instead of starting from scratch, engineers piggyback on proven aerodynamic numbers to measure efficiency.

This is more than a plane: It’s a platform to test the boundaries of electric propulsion and wing design. NASA will share this information with the private sector and with academia, as part of a larger industry effort to develop pathways for future electric aircraft.

The X-57 is just the latest in NASA’s storied line of experimental “X” vehicles going back to 1947, when Chuck Yeager became the first person to fly faster than the speed of sound. Before making history for the moon landing, Neil Armstrong was one of 12 steely test pilots in the decade-long X-15 program, which saw the flight of the first piloted hypersonic vehicle (able to break Mach 5 speeds).

“So-called ‘X-planes’ are designed for flight research—to learn about particular phenomena or prove out new technologies; they aren’t meant to be production aircraft, and we don’t expect anyone to build a perfect copy and sell it, say, for commercial use,” Nick Borer, leader of the Advanced Concepts Group at NASA’s Langley Research Center in Hampton, Virginia, told the Daily Beast. “We hope the lessons learned from our design, integration, and flight efforts will help with other, different production aircraft that use electric propulsion technology.”

The X-57 is part of a sweeping, $3.7 billion effort within NASA’s $22 billion budget to focus on Earth-bound issues, specifically how electric-powered craft can counter such growing concerns as air pollution and global warming.

As a sort of flying Tesla, the X-57 is intended to demonstrate higher efficiencies compared to aircraft propelled by traditional systems, resulting in lower operating costs and carbon emissions.

In the U.S., aircraft are one of the fastest-growing sources of carbon emissions, which from domestic aviation alone have increased 17 percent since 1990. Aviation is responsible for nearly 10 percent of all greenhouse gas emissions from the U.S. transportation sector, according to a study by the Center for Biological Diversity in Arizona.

The center notes that lowering carbon from airplanes must begin by making all short-haul flights (under three hours) electric-powered by 2040.

Going “green” is important to NASA because its research could lead to breakthroughs in the growing field of commercial aviation, both in the U.S. and abroad. The number of flights will double in the next decade—from today’s 3.5 billion passenger trips per year to 7 billion, and later balloon to a staggering 11 billion by 2050. If successful, the X-57 also might create new certification standards for emerging electric aircraft markets, Clarke said.

The agency’s budget has nearly doubled in the last decade, with bipartisan support in Congress, and much of the money has been devoted to the X program and other Earth bound initiatives.

“We hope the lessons learned from our design, integration, and flight efforts will help with other, different production aircraft that use electric propulsion technology.”

“This is because aeronautics has a $78 billion trade surplus for the U.S., so the investment made by the public in aeronautics is a big lever arm for a sizable portion of our economy and trade with other countries,” added Borer. “NASA aeronautics includes research in electrified aircraft technologies like X-57 because we know how important it is for American industry to contribute both at home and compete globally, and there is an ever-increasing public interest in economically viable, equitable, environmentally friendly transportation.”

Though the development and testing of experimental aircraft is nothing new for the U.S., it is notable to see details of the X-57 program being made public and the course of the program happening in real time—rather than behind closed doors.

“The more than 100 companies working on building and flying electric aircraft operate mostly in secrecy, especially with regard to their problems and lessons learned,” Marty Bradley, sustainable aviation consultant at the University of Southern California, told The Daily Beast. “NASA has shared ground test successes and failures freely with the industry and has helped everyone by sharing their lessons openly at conferences and by publishing their data.”

“Our disappointment,” he added, “is that they haven’t flown yet, so we certainly are rooting for them to fly this and future versions of the X-57.”

Instead of burning fuel, the X-57 uses thousands of rechargeable lithium-ion batteries to power motors and propellers.

Advances in battery technology have already begun to revolutionize the auto industry, and NASA has deep experience with building and operating lithium-ion units for the International Space Station and other platforms requiring onboard power. The most challenging issue to troubleshoot with the X-57 was preventing the battery cells, from overheating and starting a fire.

“In our case, it wasn’t so much of a required breakthrough in battery energy, but rather a way to arrange the individual cells for improved safety,” Borer added, saying the solution was circulating the heat around each module so all would remain cool. “That’s a big deal when you realize that we have 320 cells per module, and 16 modules on the plane—that’s 5,120 cells.”

Another unique feature is a motor-and-wing design that NASA assigns an appropriately technical name: Leading-edge asynchronous propeller technology, or LEAP. Twelve high-lift motors sit along the leading edge for take offs, and two larger 60-kilowatt motors on the wing tips kick in at cruise altitude and speeds of up to 138 mph.

Why so many propellers? They move air more quickly over the wings to create extra lift at lower speeds. After takeoff, the inward motors shut down and their flexible propellers fold against the nacelles.

Electric motors are more efficient than internal combustion engines and require less maintenance, replacing the high heat and friction of chambers and pistons with wound wires and magnets, Clarke said. They are 90 percent efficient or better, meaning almost all the power is turned into useful work, while more complex gas-powered engines are less than 30 percent efficient and produce harmful emissions.

“It all ties into sustainable flight and solutions in relation to the nation’s goal of zero emissions. The technology is here now, and we’re just getting there.”

Distributing electric power across multiple motors integrated within the 3,000-pound craft is expected to result in a five-time reduction in the energy required of a gas-powered plane of similar size. In theory, this would reduce flight times and operational costs by 40 percent. While a typical plane running on fuel must fly slower to achieve the best efficiency, an electric vehicle isn’t penalized for cruising at higher speeds.

“It all ties into sustainable flight and solutions in relation to the nation’s goal of zero emissions,’’ Clarke added. “The technology is here now, and we’re just getting there. It’s exciting because we’re flight testing these technologies at scale.”

An added benefit, although unintended, is that electric-propulsion planes are relatively quiet during takeoff and landing—something anyone who lives near an airport can appreciate. The Federal Aviation Administration wants to accelerate the development of low-noise aircraft by encouraging new technologies that reduce sound by at least 25 decibels. A typical commercial airliner at takeoff produces 150 decibels from 25 feet away.

“We aren’t studying this as a primary objective, but it’s an opportunity to learn more and update our acoustic model at NASA,’’ Clarke said. “One thing is we’re switching from a two to a three-bladed prop, because an odd number of blades lowers the noise level.’’

The X-57’s initial flight will be a thrill for everyone on the team, especially for test pilot Tim Williams.

“It’s definitely an honor and a privilege to work on a program with so many extremely talented engineers,’’ Williams said. “The engineers are the key to solving the problems that will allow the X-57 to fly safely.

“As the pilot, my role is to always bring the aircraft back so we can fly it another day. That will allow the team to discover new problems unique to flight. The solutions to those problems could result in new technologies and breakthroughs in aviation.’’ 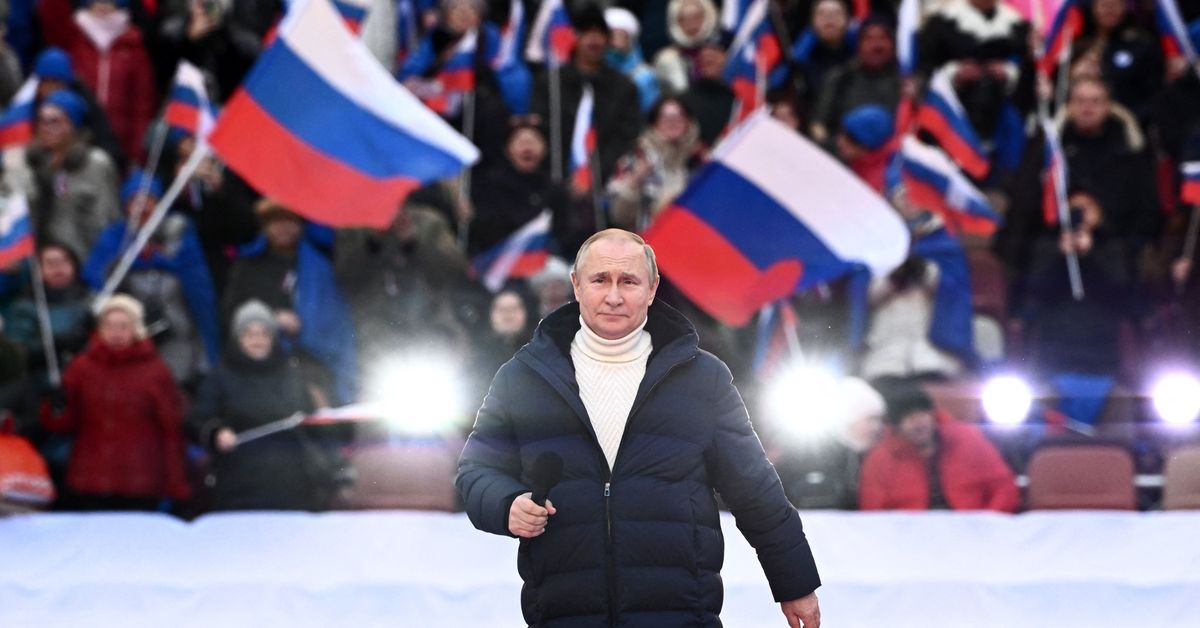