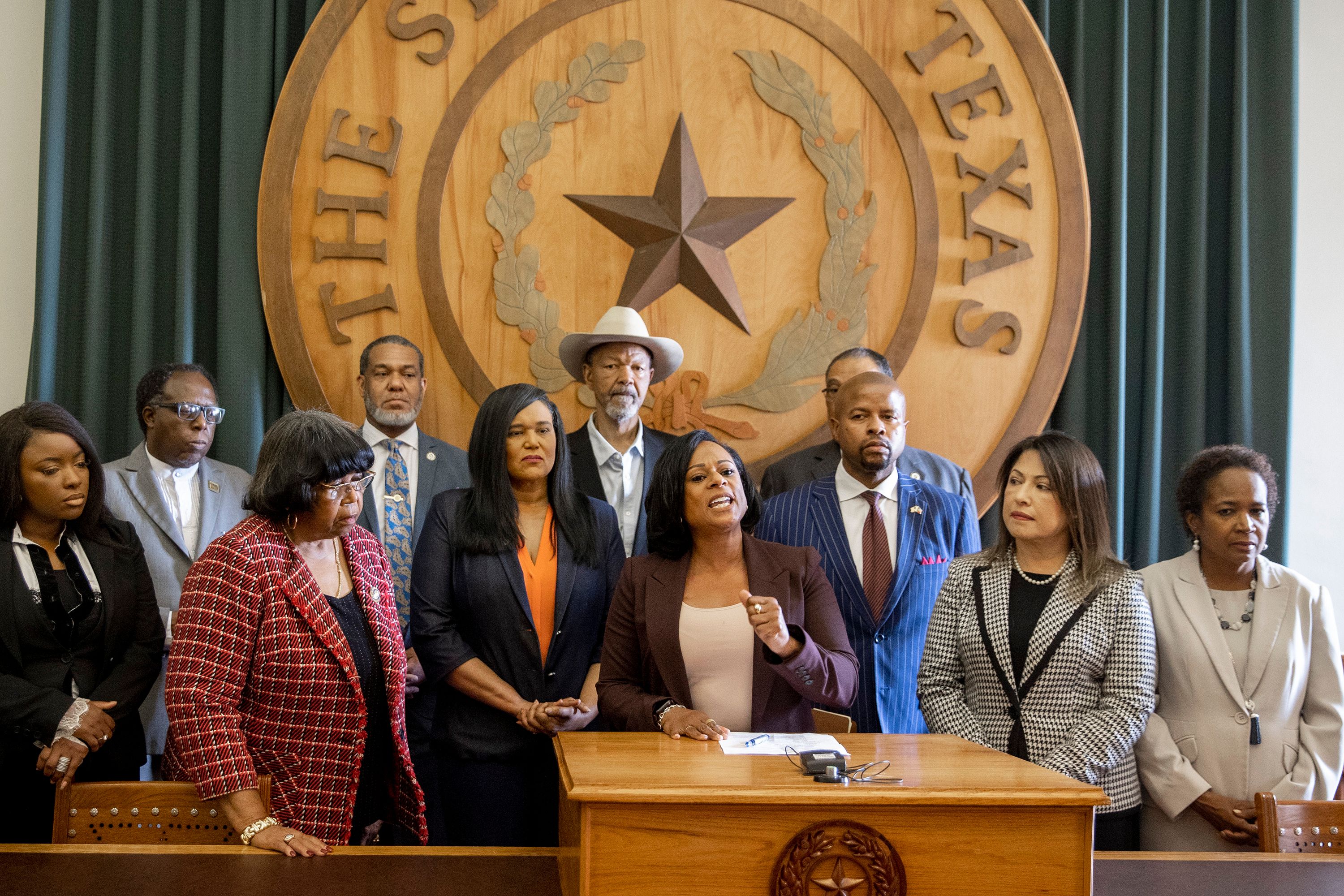 First, there is a proper role for a minority caucus to play in preventing an out-of-control majority from abusing its power, but it has nothing to do with an archaic filibuster that lacks accountability. In the weeks prior to breaking quorum, Texas Democrats used every tool at their disposal to engage in the legislative process. They participated on committees, asked questions, encouraged testimony and proposed amendments. On some days and nights, this participation in the process forced them to be present in the chambers until 3:00 or 4:00am.

At times, they even demonstrated they understood the text of the proposed voter suppression bills better than the bills’ sponsors. This was evident when Democratic Rep. Rafael Anchia questioned Republican Rep. Briscoe Cain and informed Cain that the bill’s explicitly stated purpose, “to preserve the purity of the ballot,” was in fact Jim Crow-era language that was designed to prevent Blacks in Texas from voting.

In spite of these efforts, the Republican majority in Texas repeatedly used tactics designed to prevent the minority party from fully engaging. These tactics included releasing versions of bills and the conference committee report with little time for legislators to review what were often significant and lengthy modifications. The final version included a major provision that would have made it easier to overturn election results, even though this provision had not been included earlier in either the House or Senate versions of the bill.

In short, Texas Democrats in the legislature engaged in all the ways that Republicans in the U.S. Senate fail to do, and in ways which the current filibuster rules allow the minority party to avoid. Currently, U.S. senators are not required to debate their positions when they filibuster. They are not even required to be present, let alone cast a vote. Last week, as Republicans filibustered the creation of a commission to investigate the Jan. 6 Capitol riot, nine Republicans missed the actual vote.

Second, when dealing with an opposition which has proven that it is committed to maintaining its power at all costs, you cannot hold back because of potentially negative consequences in the future. Or to put it another way, senators should not fail to stop bad actors today out of concern that they may act even more badly tomorrow. The strategy of appeasement has never worked.

In the case of Texas, there was concern by some Democratic lawmakers as well as a few activists that a legislative walkout could open the door to a special legislative session, and that any resulting voter suppression bill could be even worse than the version that was ultimately defeated. Indeed, Texas Gov. Greg Abbott has already announced his intention to call such a session. Nevertheless, in spite of this potential threat, Texas Democrats decided that it was far better to defeat the current attempt to restrict voting rights and then regroup, even if that is two or three months later.

In so doing, and with millions of voters having been inspired by their actions, they may find themselves in a stronger position to avoid a special session, or to defeat future voter suppression attempts, than had they not taken a stand.

The same applies to the battle over federal voting rights legislation and the demand to end the filibuster. There are those who worry that ending the filibuster will open the door for Republicans to do bad things if and when they regain power. But this concern about future possibilities ignores that fact that Republicans across the country are doing really bad things, particularly on voting rights, right now. It does little good to be overly concerned with future attacks on democracy while we are watching democracy under attack right in front of our eyes.

In fact, the excessive concerns over what Republicans will do if they regain control of Congress runs the risk of becoming a self-fulfilling prophecy. These concerns will lead to a paralysis and failure to pass major legislation, and this failure will in turn create the environment for Republican victories. The only way to protect an even-handed voting system is by taking bold action here and now.

Third, there must be a strong relationship between the legislative process and grassroots organizing. While the decision by Democratic legislators to break quorum has received the bulk of the attention in recent days, it should not be forgotten that the stage had been set by months of grassroots organizing ahead of the walkout. Organizations such as the Texas Organizing Project, MOVE Texas and many others had been attending hearings, texting voters and facilitating phone calls to legislators. My organization, Black Voters Matter Fund, along with Fair Fight Action helped provide lessons from our corporate accountability campaign in Georgia, and groups like the Communication Workers of America and Next Generation Action Network led protests outside of AT&T offices.

This has always been the case when it comes to protecting and expanding voting rights in America. There would be no voting rights for women without the suffrage movement, and Lyndon B. Johnson would not have been able to wrangle votes for the 1965 Voting Rights Act if not for the voting rights movement, which in Alabama led to Bloody Sunday and ultimately the Selma to Montgomery March.

Similarly, in order to survive the current attacks on voting rights, legislative and grass-roots activism needs to work together. The U.S. House has begun the legislative process, and hundreds of grassroots groups across the country are joining forces to advocate for federal legislation. From the John Lewis National Day of Action on May 8, to the upcoming Freedom Ride for Voting Rights culminating on June 26 and other actions planned for later this summer, voters and activists are doing our part. But we need help from the White House and from the Senate.

Finally, the Texas example shows that extraordinary times call for extraordinary measures. Texas Democrats recognized that the current debate over voting rights is already far beyond any traditional disagreements over policy. The current battle is an existential one, as the Big Lie has been buttressed by a million little lies, including the recent Texas Republican claim that an attack on Sunday voting used largely by Black churches was the result of a “typo.”

In contrast, in both the U.S. Senate and, to a lesser extent, in the White House, there is still a sense among some that senators blocking voting rights protections simply need to listen to the better angels of their nature. Even President Joe Biden, who has clearly stated that the wave of voter suppression bills represents an “assault on democracy,” has not quite put the full force of his office behind thwarting that assault. The selection of Vice President Kamala Harris as the point person on passing voting rights is a step in the right direction, but is still a rather traditional approach to what is far from a traditional situation.

If Democrats in Washington, particularly those from West Virginia and Arizona, heed these four lessons, there is still time to pass the For the People Act (H.R.1/S.1), to pass the John Lewis Voting Rights Act (H.R.4), and cut off ongoing attempts to restrict voting rights at the state level. But if they ignore these lessons, there’s a good chance we will have allowed the U.S. experiment with democracy to be damaged, perhaps fatally.