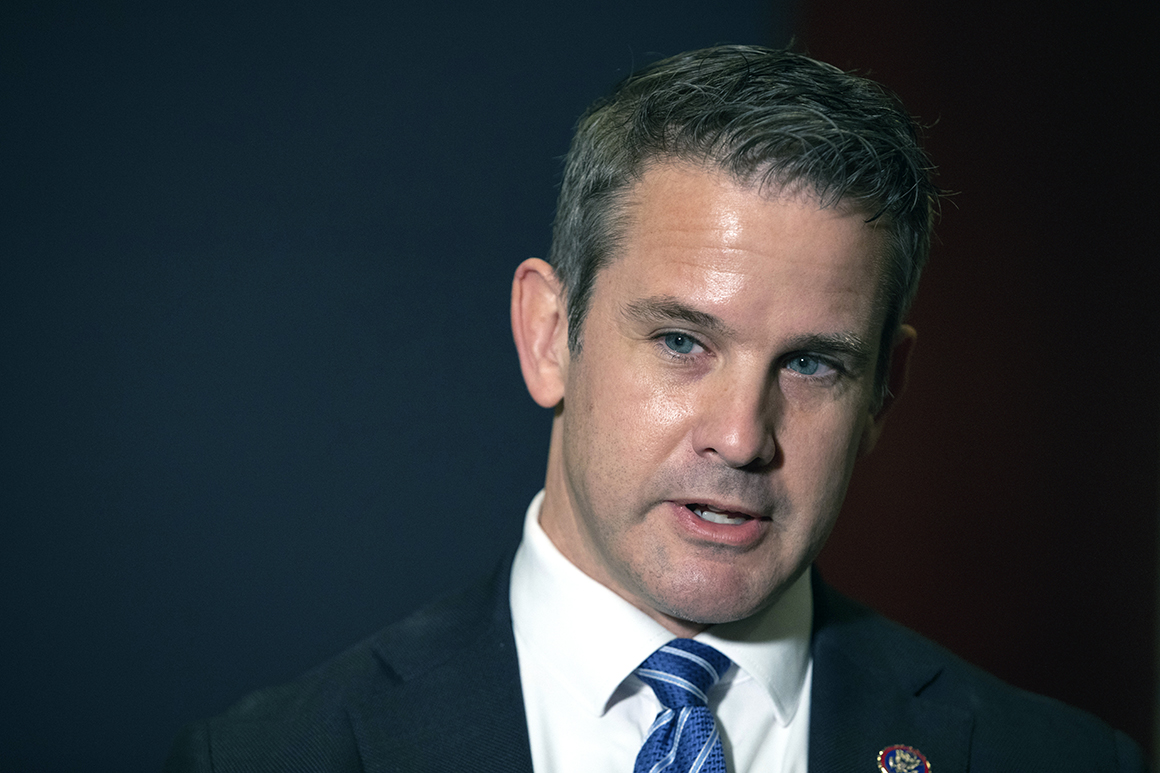 The addition of Kinzinger looked increasingly likely in recent days, with Pelosi teasing the appointment Sunday morning on ABC’s “This Week,” acknowledging that naming Kinzinger would be part of her “plan.”

Kinzinger in a statement described it as a duty to the country: “When duty calls, I will always answer.”

“I will work diligently to ensure we get to the truth and hold those responsible for the attack fully accountable,” reads Kinzinger’s appointment. “This moment requires a serious, clear-eyed, non-partisan approach. We are duty-bound to conduct a full investigation on the worst attack on the Capitol since 1814 and to make sure it can never happen again.”

The appointment followed Pelosi’s rejection of two of House Minority Leader Kevin McCarthy’s picks to serve on the panel: Reps. Jim Banks (R-Ind.) and Jim Jordan (R-Ohio). Both are aggressive defenders of the former president, and they were already gearing up to shift the focus onto Democrats, rather than Trump and their party. The GOP leader opted to pull all five of his picks and boycott the panel, which includes Cheney and seven Democrats picked by Pelosi, in response to her vetoes.

“I wanted to appoint three of the members that Leader McCarthy suggested, but he withdrew their names,” she said, referring to Reps. Rodney Davis (R-Ill.), Kelly Armstrong (R-N.D.) and Troy Nehls (R-Texas). “The two that I would not appoint are people who would jeopardize the integrity of the investigation, and there’s no way I would tolerate their antics as we seek the truth.”

Pelosi previously said that the decision to block Jordan’s and Banks’ appointments was unrelated to their votes against certification of Trump’s loss to President Joe Biden. Nehls also objected to certification, but was not rejected by the speaker.

POLITICO previously reported that Kinzinger has discussed his desire to serve on the committee, which so far counts Wyoming Rep. Liz Cheney as its sole Republican member. Cheney was unseated as House Republicans’ No. 3 leader by her colleagues in May after criticizing the former president and his false claims about election fraud.

With Kinzinger joining his friend Cheney on the select panel, Democrats will be able to tout the involvement of two traditional conservatives in a bipartisan inquiry. Nonetheless, the findings of the panel will likely be rejected by Trump’s allies, who have blasted the panel as a partisan ploy designed to hurt him and the party ahead of the midterms next year.

And while House Republicans decry the select committee as stacked against them, citing the involvement of three former House Democratic impeachment managers and an uneven balance of seats, all but 35 of them rejected a bipartisan 9/11-style commission earlier this year after one of their own struck a deal with Democrats. A few GOP lawmakers have joined Democrats in reminding fellow Republicans of that reality after Pelosi’s veto of Banks and Jordan sparked fury on their side of the aisle.

Banks, who would have been the panel’s top Republican before Pelosi nixed him, charged Sunday that the speaker had “predetermined a narrative” for the investigation and sought to silence Republicans who planned to ask about security failures at the Capitol on Jan. 6.

“It’s clear that Pelosi only wants members on this committee who will stick to her talking points and stick to her narrative,” Banks said in an interview with “Fox News Sunday.” “That’s why she’s picked the group that she’s already picked, and anyone that she asks to be on this committee from this point moving forward will be stuck to her narrative, to her point of view. There won’t be another side.”

Republicans have vowed to spotlight what they claim are Pelosi-driven lapses in Capitol security that helped worsen the riot. The Capitol security officials who were in charge on Jan. 6 had both been hired by Republican leaders.

Pelosi on Sunday rejected the claim by some Republicans that her decision to veto some of the GOP appointees could sow more division in the country.

“Republicans will say what they will say,” she said. “Our select committee will seek the truth. It’s our patriotic duty to do so. We do not come into our work worried about what the other side who has been afraid of this — maybe the Republicans can’t handle the truth, but we have a responsibility to seek it, to find it in a way that retains the confidence of the American people.”

Democrats have indicated that Cheney will be able to hire her own staff for the investigation, though it’s not clear how much leeway she’ll have there. Former Rep. Denver Riggleman (R-Va.), a Cheney ally with experience investigating online extremism, is being eyed as her outside adviser for the inquiry.

Connor O’Brien contributed to this report.