Phaedra Parks Addresses Friendship Fallout With Kandi Burruss & Absence From ‘RHOA’: I’ll Leave The Girls In Atlanta On The Titanic

We hope you’re not holding your breath If you’re waiting for an on-screen reunion of former besties Phaedra Parks and Kandi Burruss.

During a recent visit on the “Wendy Williams Show” (currently being hosted by actor Michael Rapaport, 52) Phaedra Parks, 48, gave an update on where she currently stands with “Real Housewives Of Atlanta” star Kandi Burruss, 46. She said,

“I’ve seen her out – I mean, Kandi is a great businesswoman but [our drama] was six years ago. As you well know, I’m yachting in Dubai. So, you know, I’ll leave the girls in Atlanta on the Titanic.”

As previously reported, Phaedra Parks and Kandi Burruss once seemed inseparable as they shared the ins and outs of their lives on “RHOA.” However, over time the ladies’ friendship hit a few roadblocks, and unfortunately, they never bounced back from the hiccups. Things between them seemingly became unrepairable during the season 9 reunion when it was revealed that Phaedra started a rumor that Kandi Burruss and her husband, Todd Tucker, attempted to drug and rape her former co-star Porsha Williams. Following the shocking revelation, Phaedra exited the Bravo series.

During her chat with Michael Rapaport, Phaedra also shared that it feels “so good” to no longer be part of “RHOA.” She continued,

“It’s a lot to be under a microscope, it’s a lot to be watched consistently. I’m a mother of two wonderfully smart boys and I’m a professional woman.”

“My life remains the same with or without a television show and that’s not that for everyone. And I am so grateful that whether I’m in front of the camera or not, I get to the bag.”

Phaedra talks Kandi, her guest role on #RHODubai this year, not being on #RHOA and Shereé and Tyrone. pic.twitter.com/QLghcOP1DA

Despite stepping away from “RHOA” fans can watch Phaedra in an upcoming episode of “Real Housewives of Dubai.” The reality star can be seen in the trailer of the recently released series.

Do you think Kandi Burruss and Phaedra Parks will ever be friends again? Tell us in the comments below! 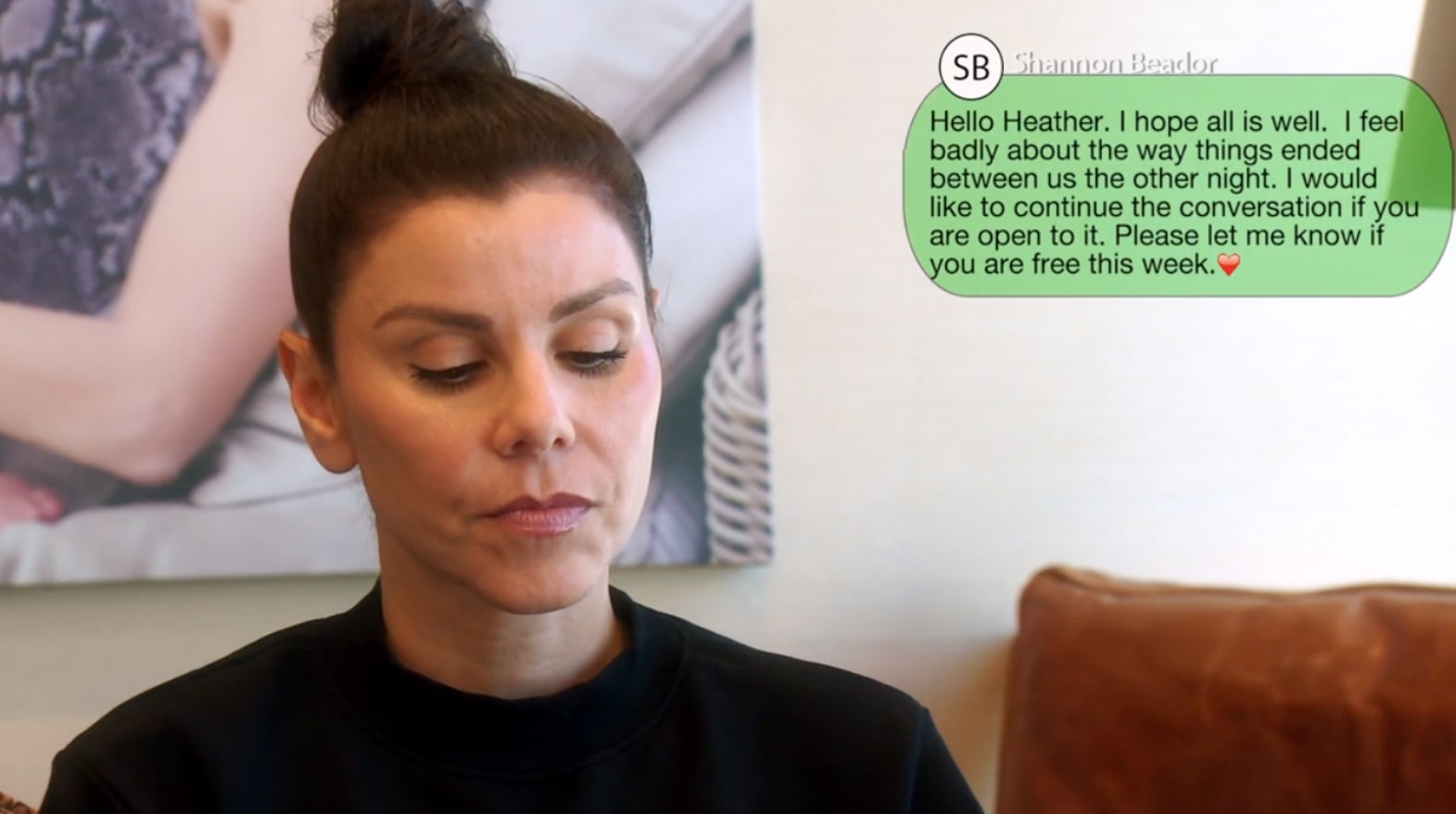