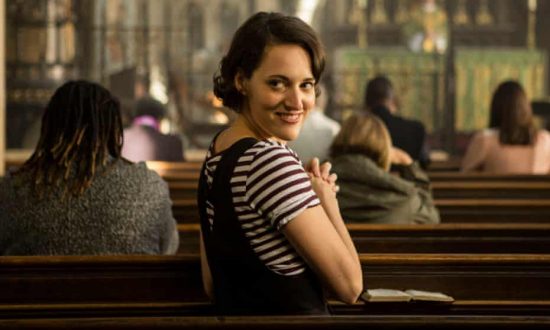 Yes, I said fifth Indiana Jones movie even though many of us try to forget the fourth one even existed.

Anyway, Phoebe Waller-Bridge (Fleabag) has joined Harrison Ford in the James Mangold directed Indiana Jones 5. There is now word on the character Waller-Bridge will be playing. Could it be Indy’s daughter or somebody else?

Steven Spielberg will executive-produce along with Kathleen Kennedy and Frank Marshall. John Williams will also return as composer on the film.

“I’m thrilled to be starting a new adventure, collaborating with a dream team of all-time great filmmakers,” Mangold said. “Steven, Harrison, Kathy, Frank, and John are all artistic heroes of mine. When you add Phoebe, a dazzling actor, brilliant creative voice and the chemistry she will undoubtedly bring to our set, I can’t help but feel as lucky as Indiana Jones himself.”

There are no plot details at the moment and casting is still underway. What would you like to see in the new film?

A new #IndianaJones adventure begins July 29, 2022. Phoebe Waller-Bridge joins the cast alongside Harrison Ford in the fifth installment of the iconic franchise. The inimitable John Williams will also return to score the film. pic.twitter.com/OrYJHNY6Ys