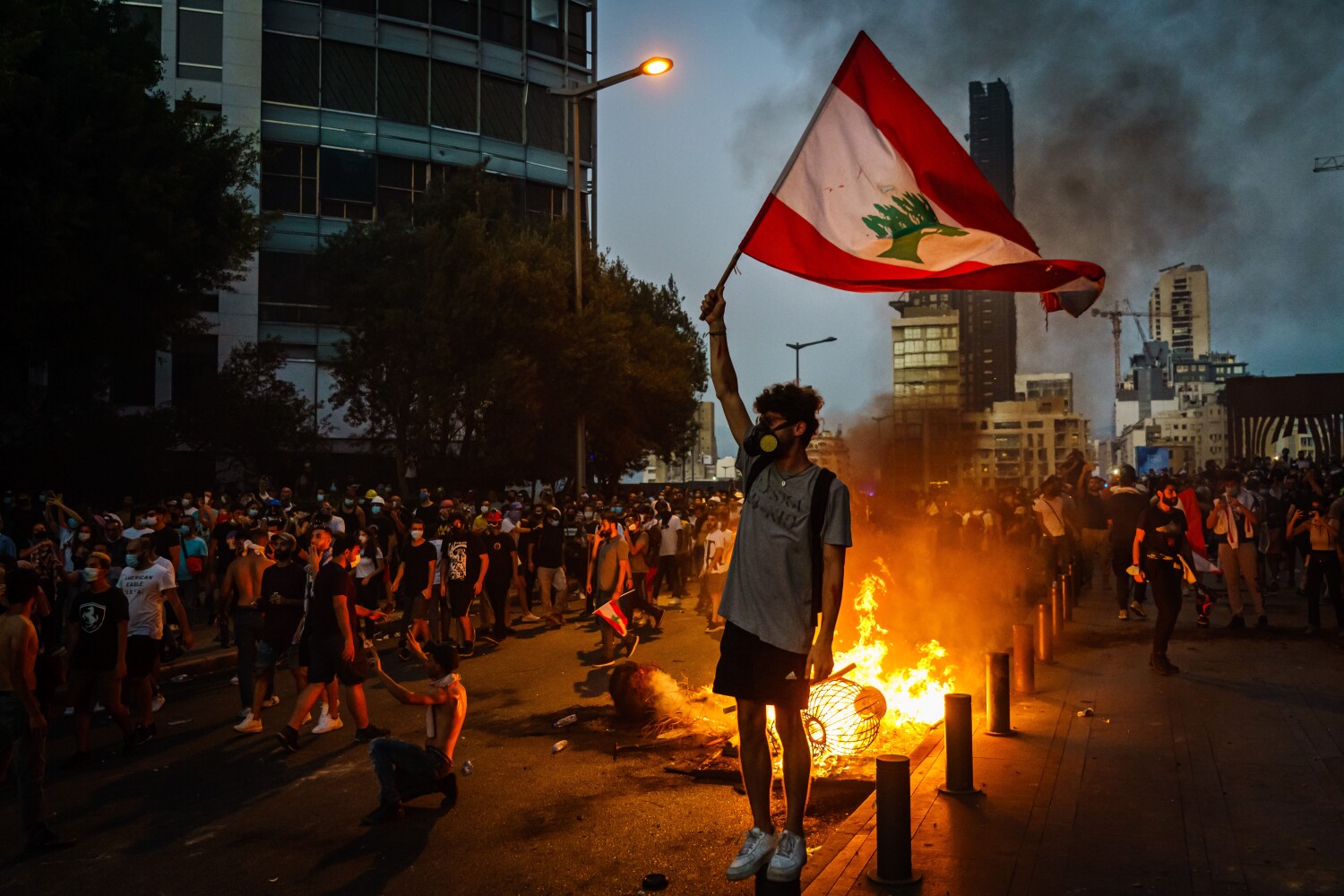 When a warehouse filled with ammonium nitrate and fireworks exploded at the Port of Beirut on Aug. 4, 2020, it pushed out a fireball into the air, followed by a shock wave that raced inland at supersonic speed. A trail of devastation followed: 200 people dead, thousands wounded and 300,000 homeless.

The Lebanese capital’s more than 2 million residents have spent the last year trying to rebuild not just their lives and buildings but also the pride and confidence of a city and country left in tatters. Their government hasn’t helped.

Today we talk with L.A. Times Middle East bureau chief Nabih Bulos, who was injured in the Beirut explosion. And we hear from relatives of those affected.

Once, they were symbols of promise. The Beirut blast turned them to monuments of despair

A roar, an explosion, then a blank: An L.A. Times reporter’s ordeal in the Beirut blast